DESTINATIONS: How to make 48 hours in Istanbul count

Dripping with history, culture and art, Istanbul, the result of the collision of Asia and Europe, is a city unlike any other

09:00 - Before you begin to explore Istanbul’s many historical gems, spend a few moments in the gardens in Sultanahmet Square to look around and take in all the magnificence that the city so effortlessly sports. The faded salmon pink Hagia Sophia with icy grey cupolas stands in close proximity to the Blue Mosque, with its six soaring minarets and cascading domes. The city’s most emblematic structures, the two are crowd pullers. In its 1,500-year history the Hagia Sophia has undergone transitions unlike any other. Built as a church by Emperor Justinian in the sixth century, in 1453 AD when the Ottomans captured the city it became a mosque. In 1934 it was converted into a museum and remained one until 2020 when it once again turned into a mosque. Inside, staring up at the bafflingly large dome and intricate mosaics it’s easy to forget its tumultuous history. 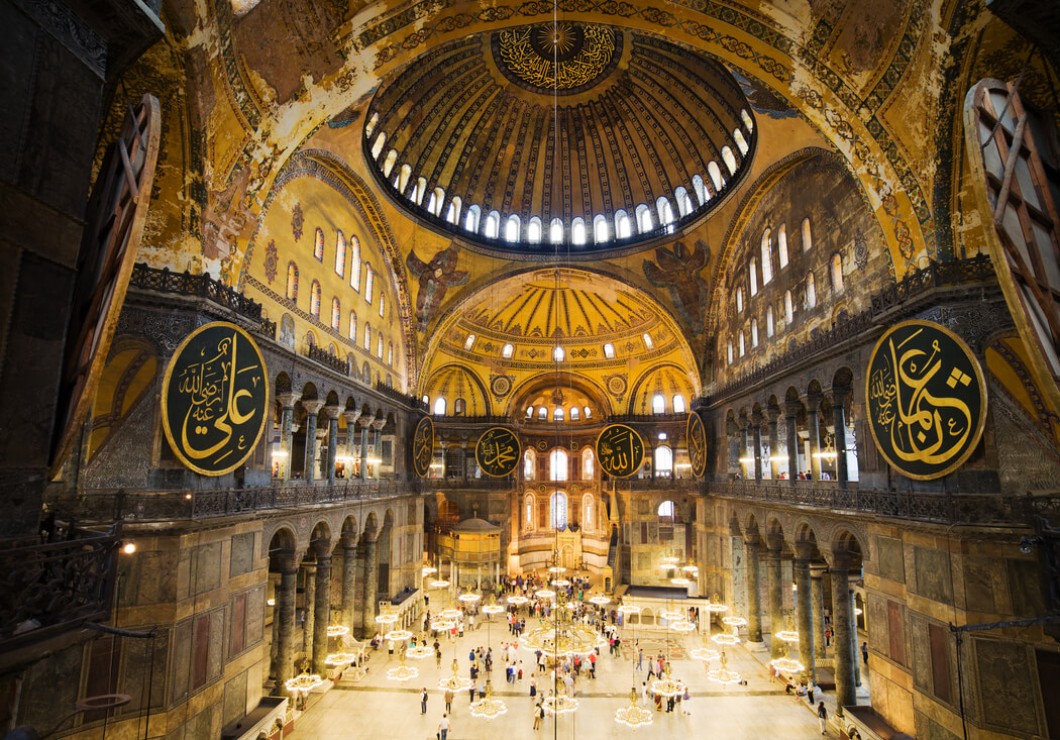 Staring up at the bafflingly large dome and intricate mosaics it’s easy to forget its tumultuous history. 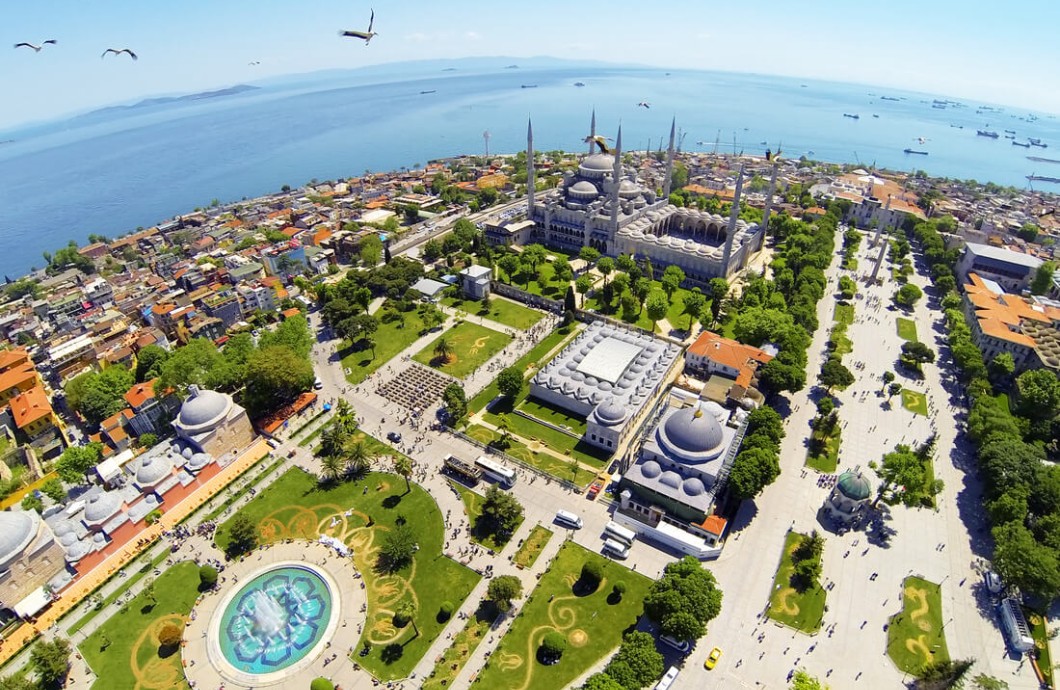 Sultan Ahmet Camii, also known as the Blue Mosque built by Sultan Ahmet I, was conceived and designed to surpass the beauty of the Hagia Sophia. It gets its informal name from the thousands of blue Iznik tiles that cover every inch of its expansive interiors. Besides the tiles, the marble, mother-of-pearl and woodwork are also of an exceptionally high quality. 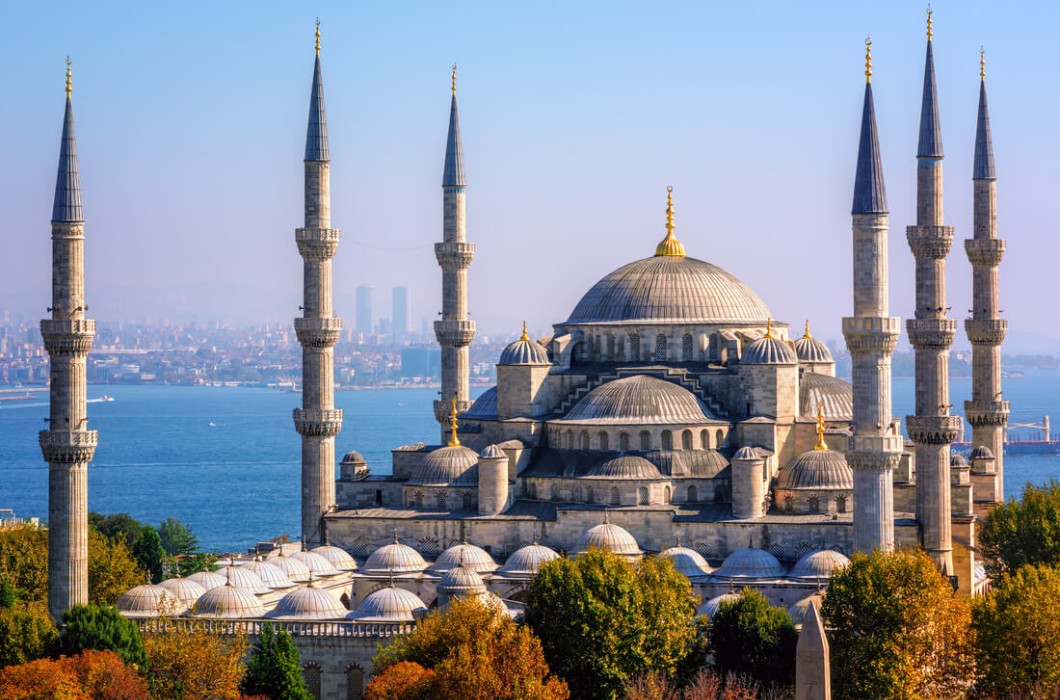 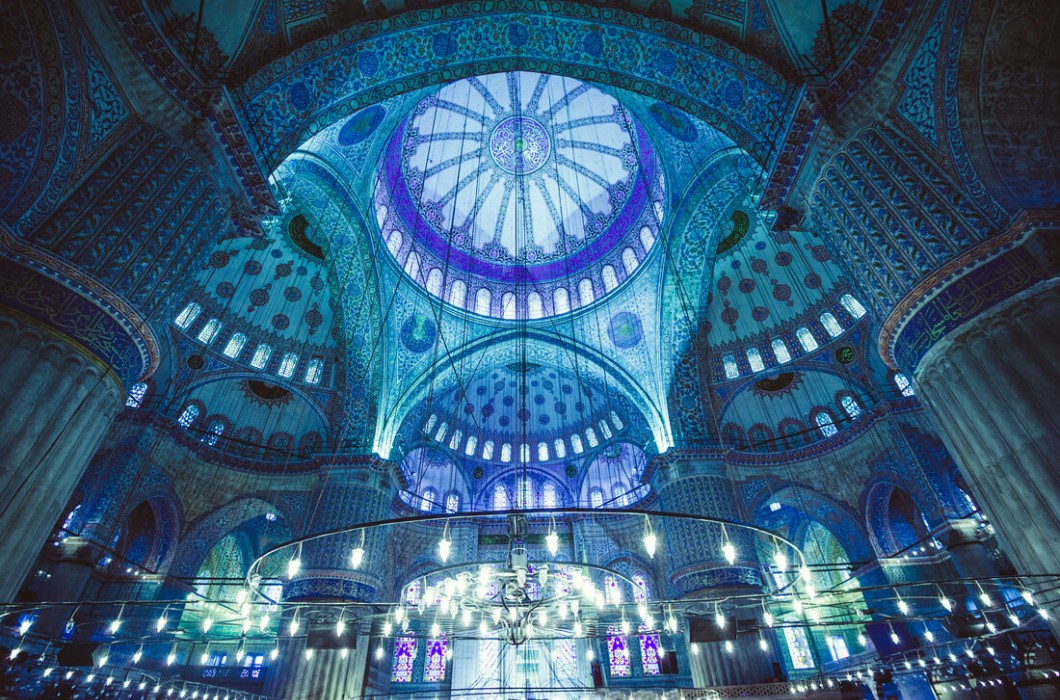 11:00 - Walk down the Hippodrome with structures spanning the many dynasties that shaped Istanbul’s history. It was here in this square that all the action took place from murders and protests to revolutions. The Kaiser Wilhelm’s Fountain at the northern end was a gift from the German emperor after his state visit in 1901. Further ahead, stands a towering granite obelisk or the Obelisk of Theodosius dating back to 1450 BC. It was brought from Egypt by Byzantine emperor, Theodosius in 390 AD. Housed in the Palace of Ibrahim Pasa, the Museum of Turkish and Islamic Arts boasts a fine and prized collection of Islamic artworks. The 15th-century building was gifted by Süleyman the Magnificent to Ibrahim Pasa of Pargali, his son-in-law and vizier. It’s touted to have the best rug collection in the world including a rare 13th-century Seljuk carpet. 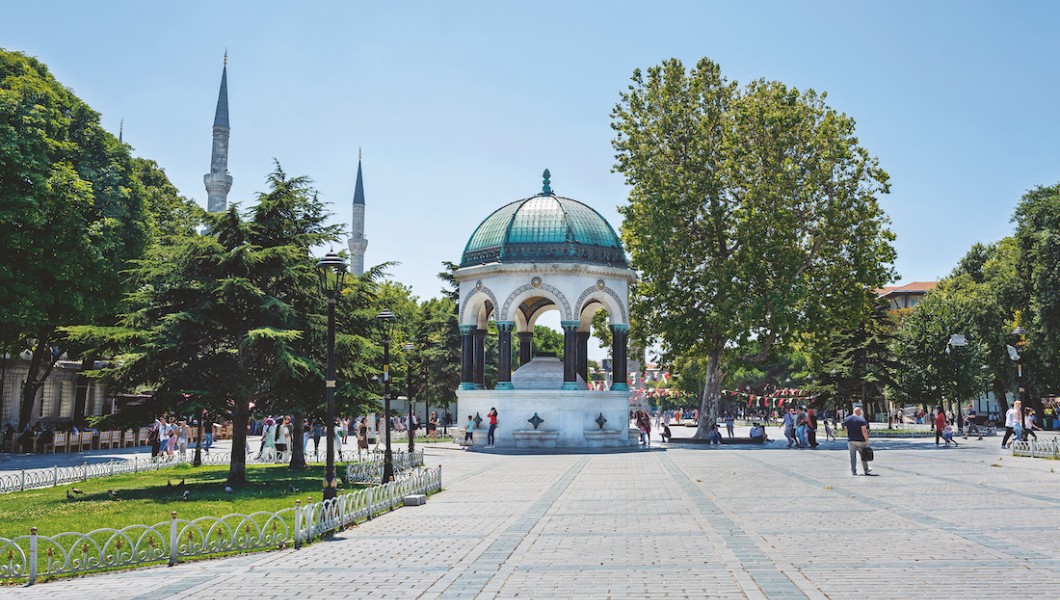 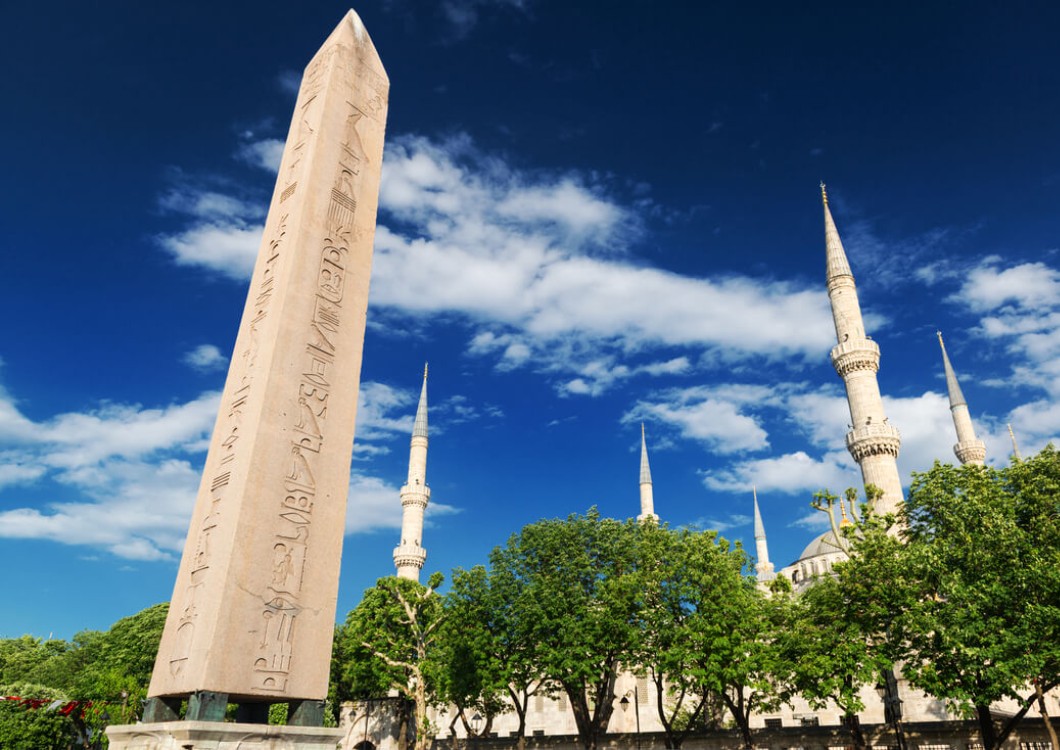 01:30 - Part of a 300-year-old hammam, Lokanta 1741 is a cocoon of calm with its well-tended gardens. It’s quiet, classy interiors are the perfect antidote to the crowds that throng outside, making it a good spot to break up all the sightseeing with a relaxing meal. Local produce is favoured and is transformed into beautifully plated dishes packed with flavour. The fully stocked bar ensures that you can have your meal with interesting cocktails inspired by Ottoman touches or sip on a wide variety of Turkish wines. If time permits, book yourself an authentic Turkish hammam experience at the Cagaloglu Hammam. The Ottoman era hammam or bath house counts several international celebrities like Oprah Winfrey, John Travolta and Kate Moss amongst its patrons. 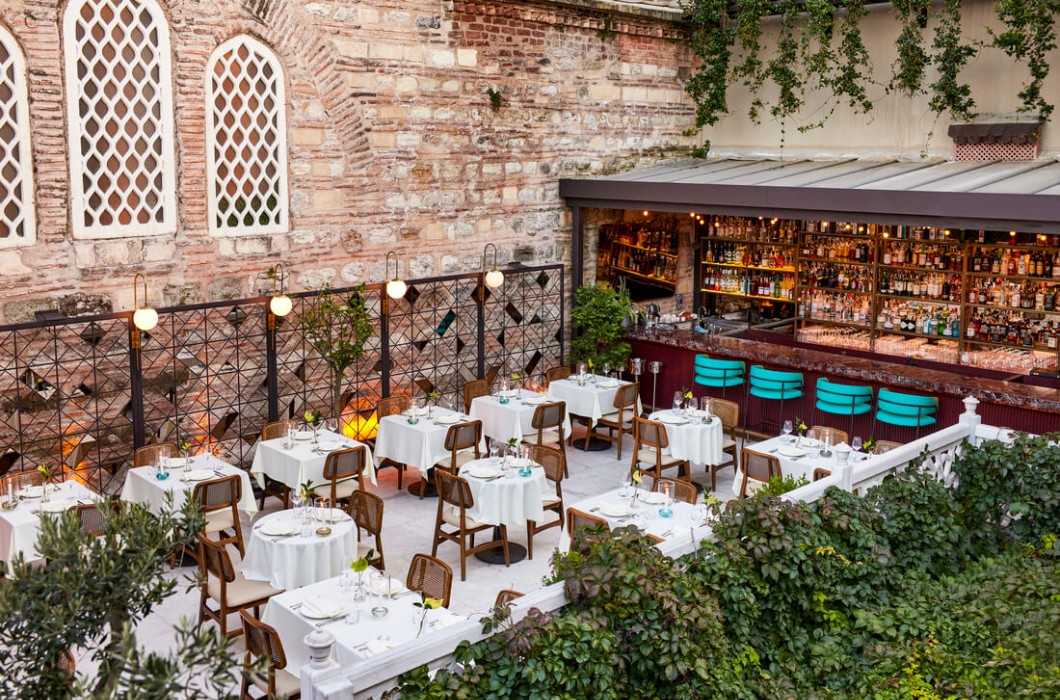 Entering Istanbul’s much-loved grand bazaar through its marble entryways is akin to walking into a treasure chest. 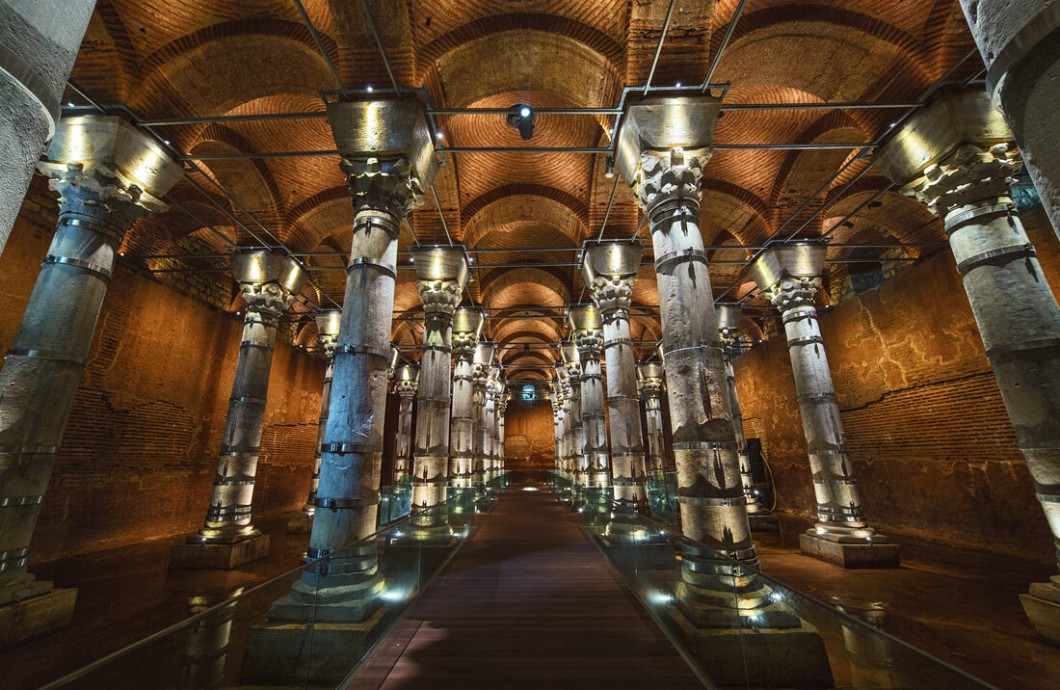 15:30 - Built on a peninsula and surrounded by the sea, fresh water has always been scarce in Istanbul. To meet the needs of the growing population an ingenious system of aqueducts was built and the water was stored in underground cisterns. One of many, the Theodosius Cistern stands out because of how it was discovered. In 2010, when the Istanbul Metropolitan Municipality began demolishing the Eminönü Town Hall they found the cistern dating back 1600 years. Supported by 32 Marmara marble columns and with a height of nine metres, the now beautifully restored structure opened to the public in 2018. Don’t miss the 10-minute audio visual show that takes place every hour that brings the cistern to life. 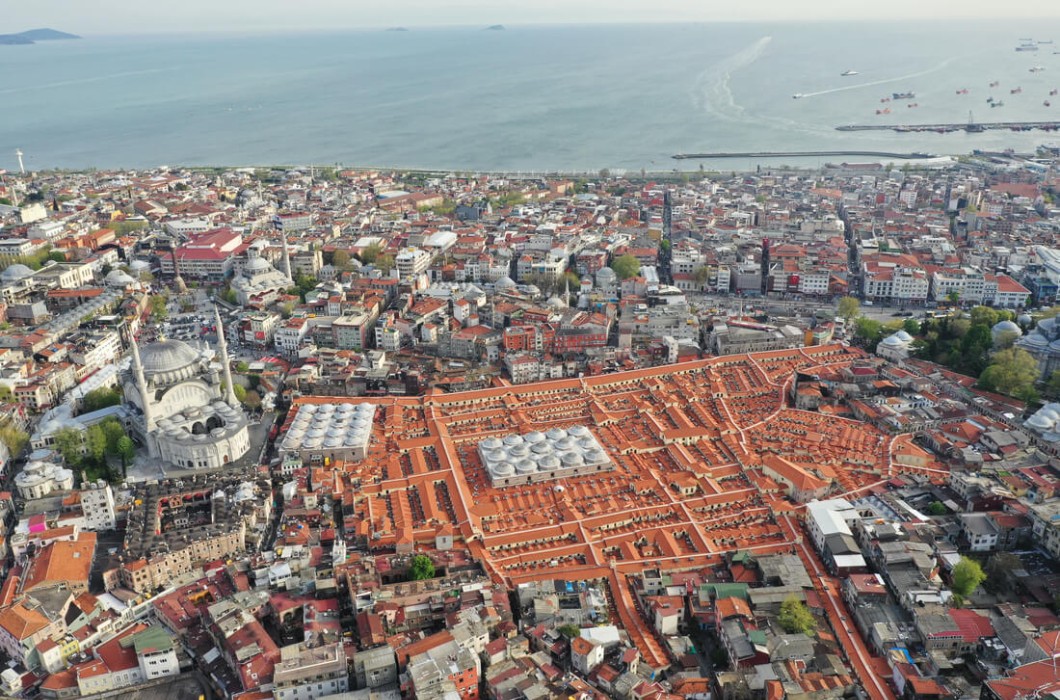 16:30 - Take a deep breath or several and dive into Istanbul’s much-loved Grand Bazaar. Entering the bazaar through its marble entryways is akin to walking into a treasure chest, albeit one manned by highly skilled shopkeepers adept at luring customers and taking their money. The now sprawling bazaar began as a small warehouse built by Mehmet the Conqueror. It grew in size as more shopkeepers opened up besides one another, building a roof and eventually adding gates that could be locked at the end of the day. Organised by crafts, the bazaar can be confusing and overwhelming to first-time visitors, but getting lost in its tangle of pathways is half the fun. Shopkeepers will entice you with gusto and with cloudy Turkish coffee or amber coloured tea. Take your time, put your best bargaining skills to the test and keep in mind your baggage allowance. From exquisite handmade carpets, stylish ikat cushions, striking Turkish jewellery to evil eye trinkets of every kind, there’s little you won’t find in the Grand Bazaar. 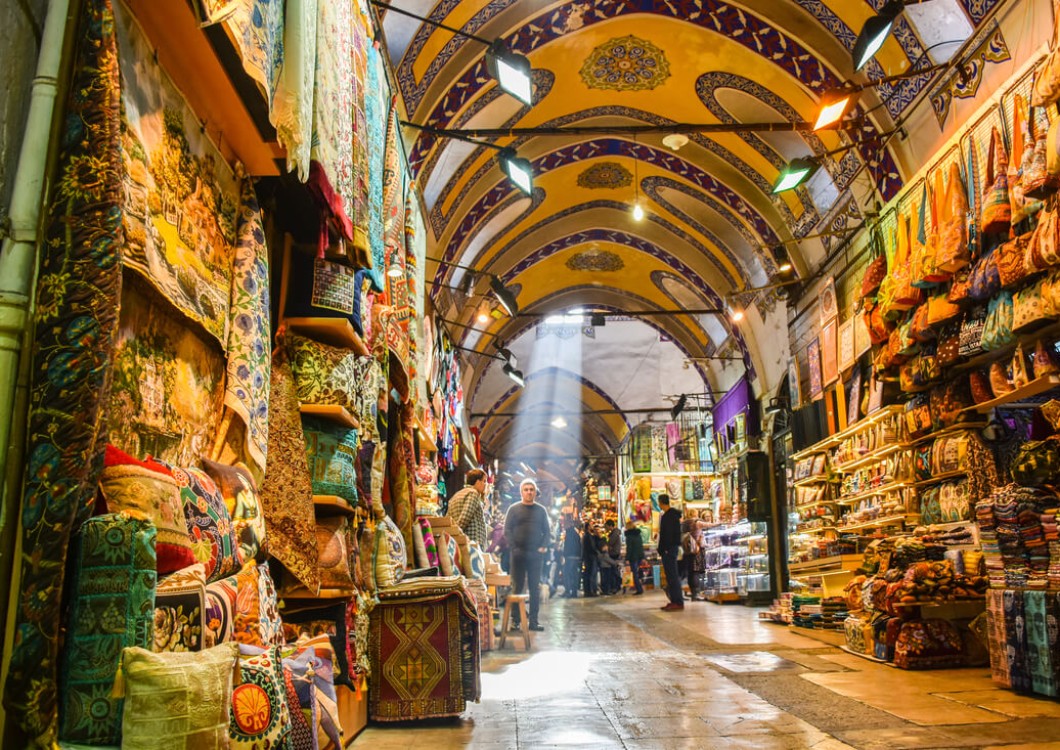 20.00 - Fulfil your desires of stepping into the shoes of royalty as you check into the grand Çıragan Palace Kempinski hotel, a former Ottoman palace. With its envious location right on the Bosphorus, intriguing history and Ottoman architecture and opulent interiors fit for sultans, the hotel is a head-turner. For the ultimate regal experience book one of the 11 suites in the palace section. Cap the hectic day with a leisurely meal at the in-house Tugra Restaurant that specialises in Turkish cuisine. Named after the Ottoman sultans’ calligraphic signature, the restaurant’s bespoke plates feature this motif. 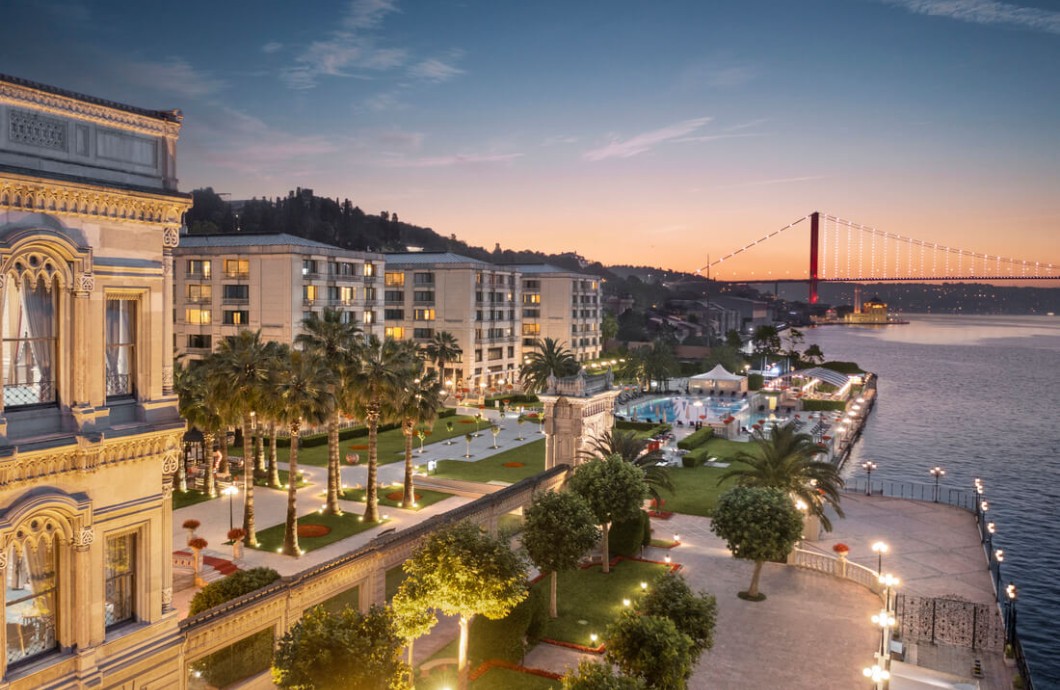 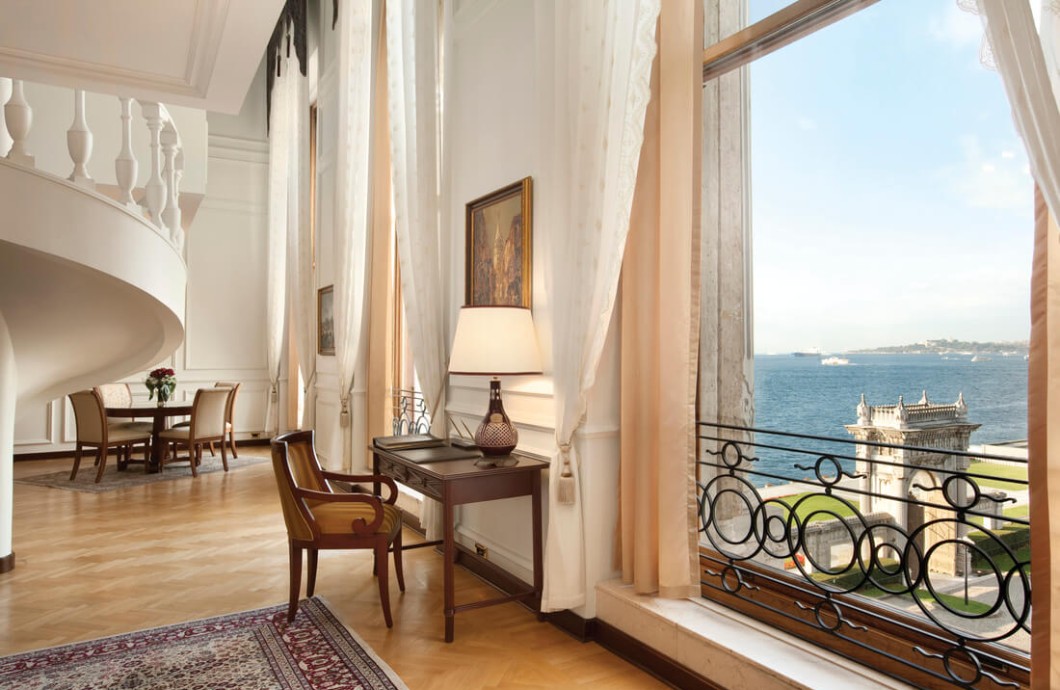 09:00 - Start the day with a visit to the extensive Topkapı Palace that boasts of the most envious location in the city built on a promontory at the cusp of the Golden Horn, Bosphorus and the Sea of Marmara. Home to a legion of sultans from the 1465 to 1830, the palace is keeper of innumerable stories of deceit, treachery, love and loss. The Harem or the private living chambers of the sultan and his family are the biggest draw. An audio guide will lead you through narrow tiled corridors that open into courtyards eventually leading into breathtakingly ornate rooms, including the Imperial Hall, decorated with Delft tiles and calligraphy panels. It was here that the sultan spent time with his family and important events like weddings took place. The Treasury showcases an array of precious jewels and objects such as the Spoonmaker’s diamond, a 86-carat teardrop shaped diamond surrounded by smaller stones. Give those feet a rest and grab a refreshing sorbet at the charming Konyali restaurant that affords sweeping views of the Golden Horn and Sea of Marmara.

One of Istanbul’s oldest neighbourhoods, and crammed with shops, cafÉs and markets, KadikÖy is worth a wander

14:00 - Hop onto a ferry at Eminönü Ferry Terminal and cross to the Asian side of Istanbul on a 20-minute ferry ride with cold water sprays and squawking gulls for company. Look out for the grand Haydarpasa Train Station that’s under restoration, considered to be one of the most beautiful train stations in the world. Disembark and make your way to bustling Kadıköy one of Istanbul’s oldest neighbourhoods. Crammed with shops, cafés and a market selling fresh produce, it’s worth a wander. At the small and no-frills Çiya Sofrasi try a variety of mezes and kebabs served with dollops of creamy yoghurt. Served in simple metal plates the dishes change with seasons and feature local produce. The flaky and syrupy sweet baklava stuffed with crumbled pistachios or walnuts will leave you asking for seconds. 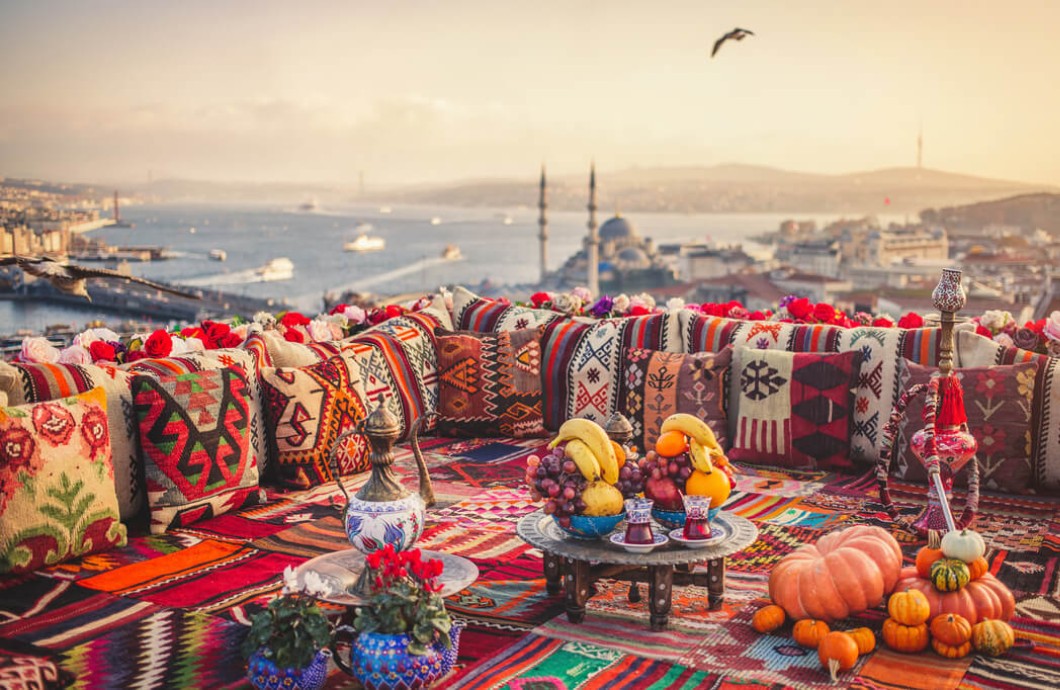 17:00 - Lastly, take the ferry back to the European side and head to the Hodjapasha Centre, a restored Ottoman-era hammam that now hosts a spiritual Sema ceremony – a mystical ritual of the Mevlevi Order also known as the whirling dervishes. The hour-long performance gives viewers a peek into the ceremony where dervishes invoke the divine through music and synchronised moves. There’s a well-curated exhibition at the centre that explains the practice, showcases objects belonging to the dervishes, including their clothes and musical instruments.