RESTAURANT REVIEW: All that glistens

Prospect for golden delicacies and discover succulent cuts and flavours richer than the maharajas while dining at Varq, at the recently-opened Taj Exotica Resort & Spa, The Palm, Dubai 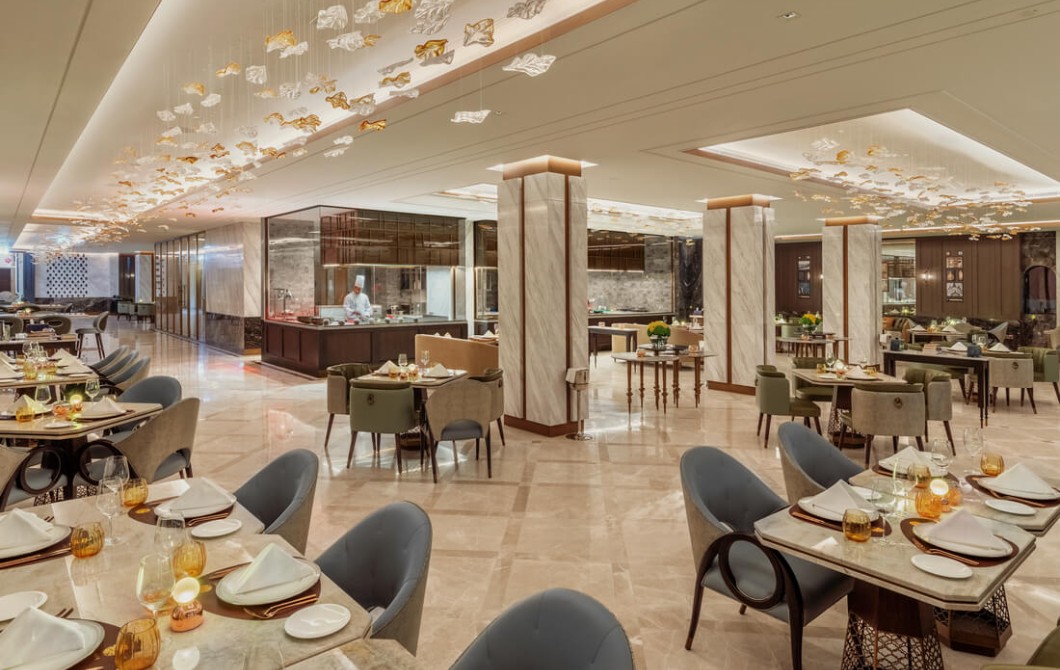 When Shakespeare put quill to paper, he coined a metaphor that would resound for centuries. It may well apply to large swathes of Dubai, but not to Varq –  the signature Indian outlet at the new Taj Exotica Resort & Spa.

The very name and concept is framed around the gilded garnish that long predates Dubai’s image of excess. A varq is a finely crafted gold (sometimes silver) leaf used to decorate gourmet cuisine – once a symbol of royalty, now accessible to gourmands willing to explore the emirate’s newest subcontinental fine dining venue.

Varq’s very name and concept is framed around the gilded garnish that long predates Dubai’s image of excess. 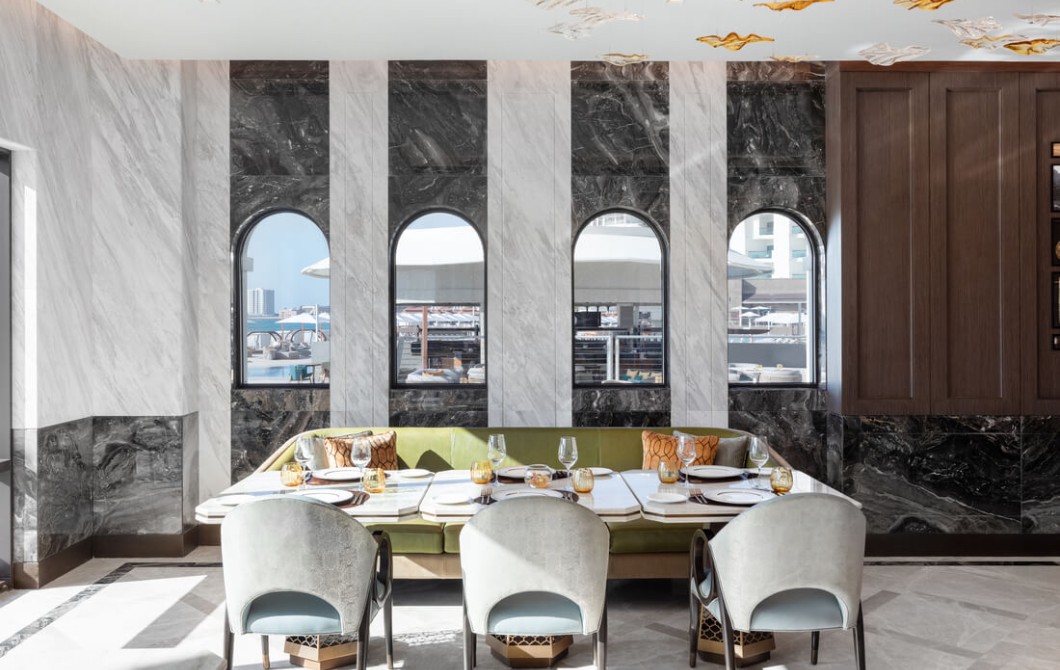 Strolling past a bar and lounge area, the restaurant wraps around the open kitchen, featuring a tandoor oven, an array of clay biryani pots and the flickering flares of the flame grills from behind the perspex. Just three months into the life of the new hotel and restaurant and, yes, there’s already the sustained hum of a well-established eaterie. 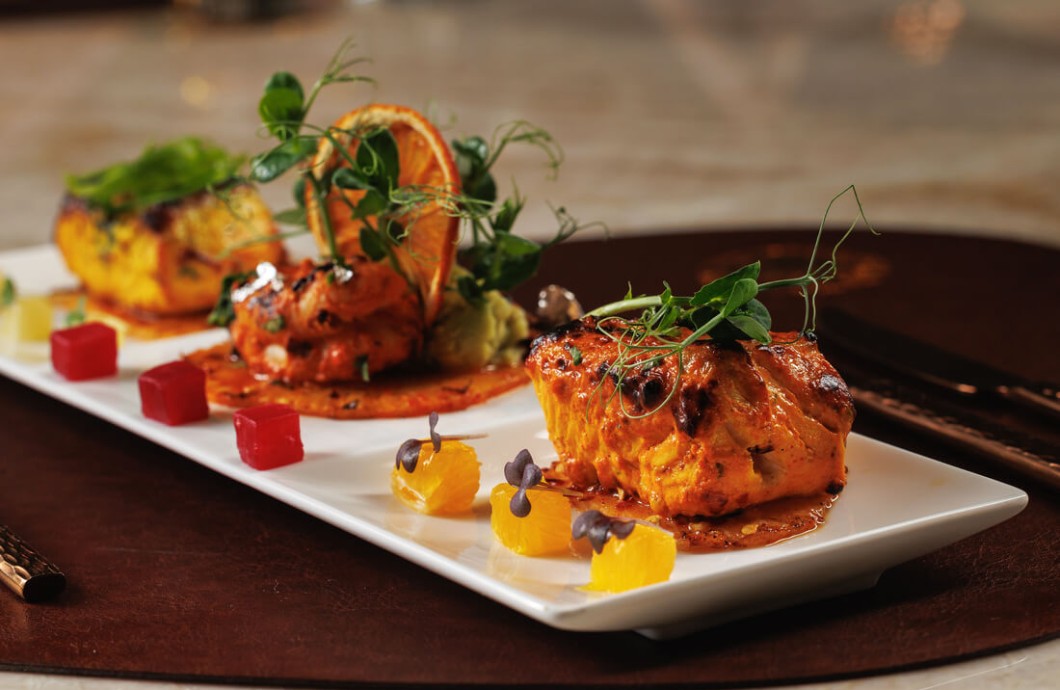 The momentum is building to rival its New Delhi sibling, and Varq is already affixed to Dubai’s existing enviable Indian fine-dining circuit – elements of which are among the Michelin Guide’s latest release, featuring starred restaurants, bib gourmands and other honourable mentions. While opening too recently to be considered, Varq seems destined for stardom. 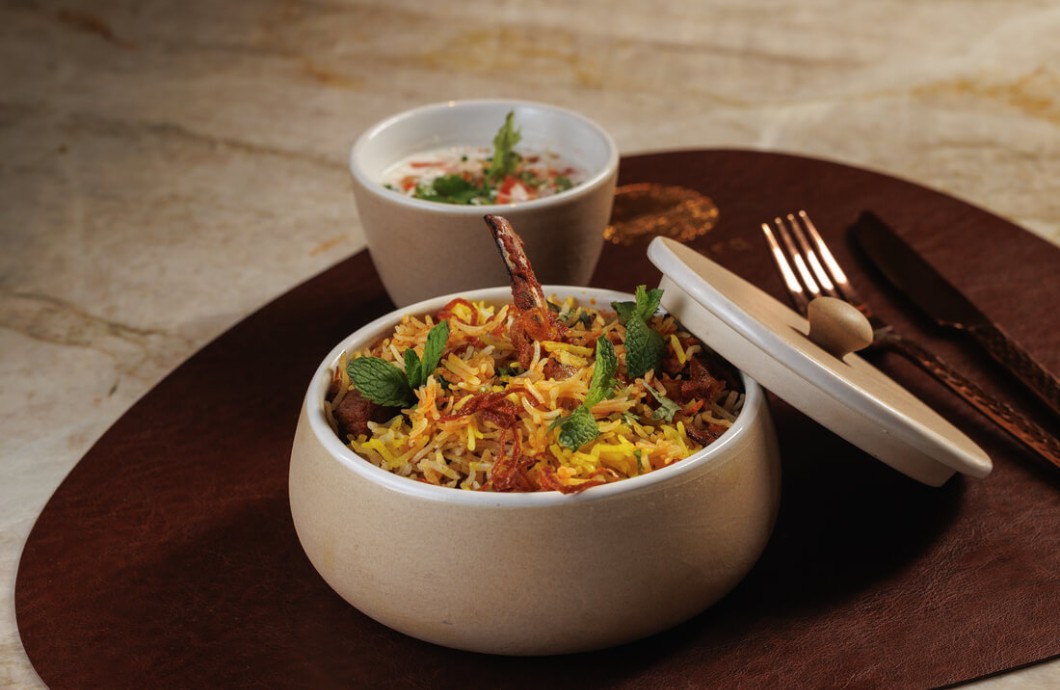 There are no white tablecloths here. Plush round-backed chairs are pulled away from marble-esque tabletops as we arrive, with a clear and amber glass-leaf chandelier floating overhead in a haphazard formation. The chef explains the concept may not quite be the family-sharing style some might anticipate. Here, each dish is lovingly prepared per diner – a format that goes out the window as soon as you reach over to steal from adjacent plates. 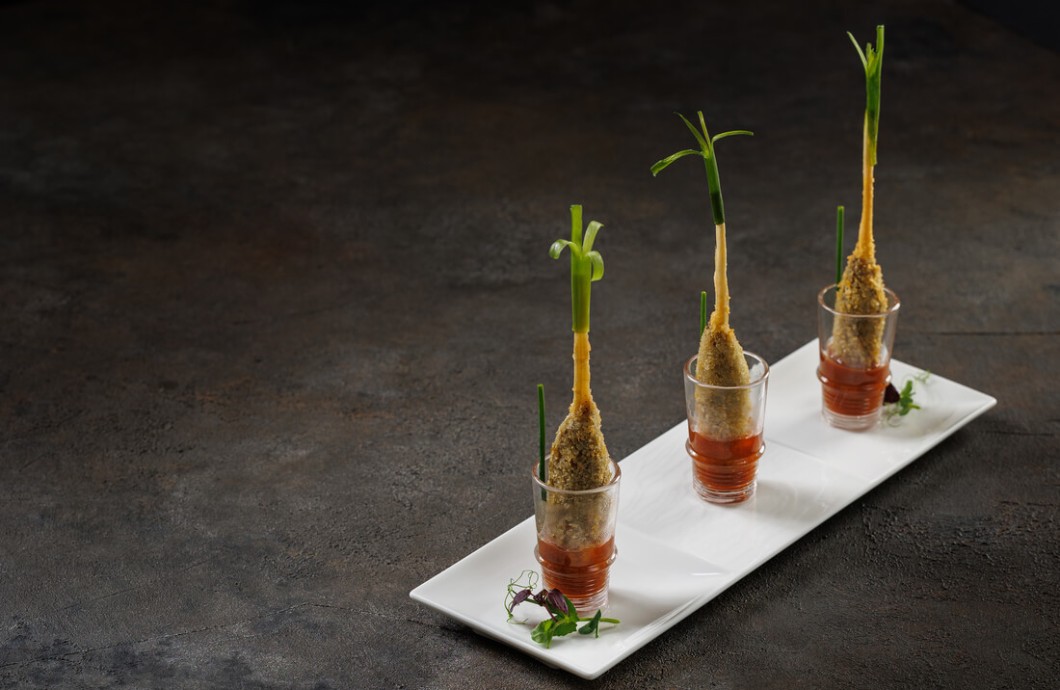 After delving into the restaurant’s heritage and the idea behind the varq gold foiling, we are plied with fennel and tequila signature cocktails (“Saunf”), mixed with cointreau and tonic, while browsing an incredibly enticing menu – one that encompasses large swathes of Indian cuisine, from north to south and east to west. 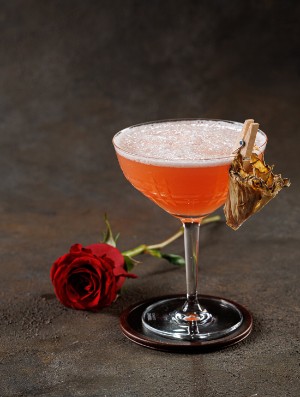 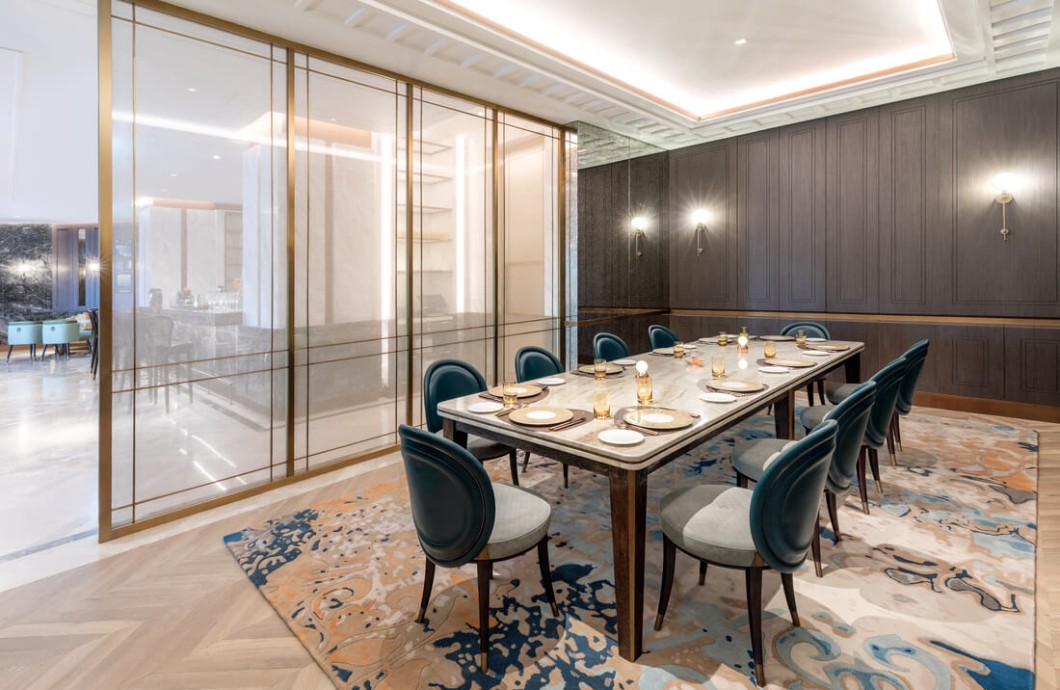 The meal begins with two orders of the seafood trio starter, a neat arrangement of achari haldi fish tikka (that’s with turmeric), meaty narangi black cod, and an oversized Tandoori prawn. From the outset, the level of flavour is intense. That’s flavour, not heat. Moving on to the varqui crab cake, layer with crisp filo pastry, it’s clear that everything is layered with spices to create a heightened richness. 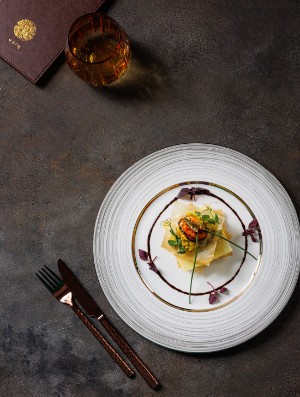 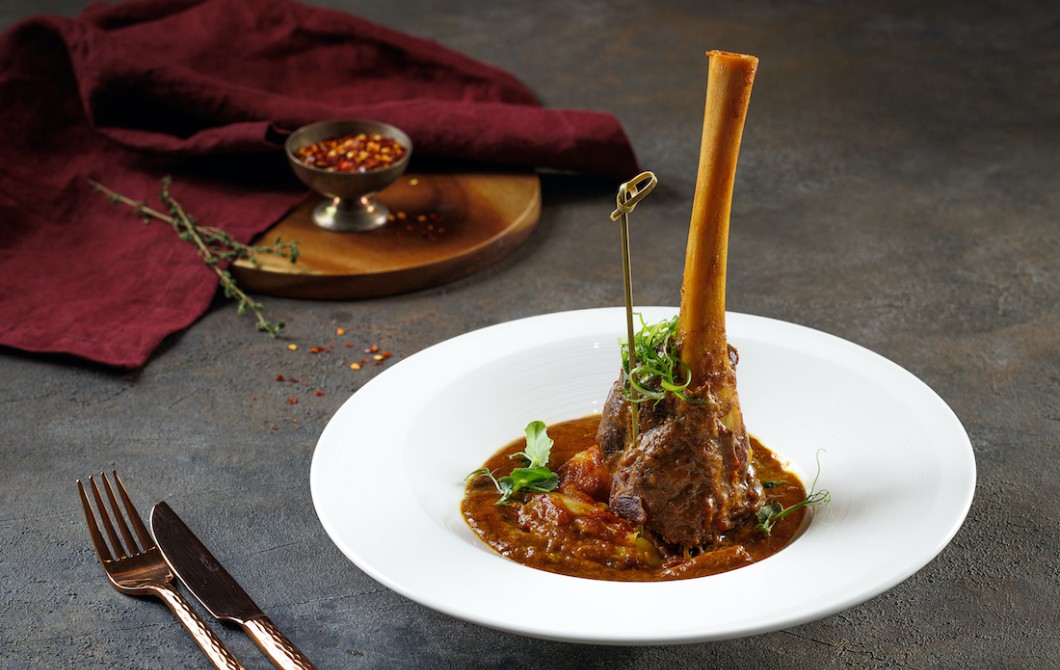 The main course was a departure from seafood, introducing two exciting approaches to lamb. One braised lamb shank (Hyderabadi sunheri nalli), served with dauphinoise-ish potatoes, and one slow cooked lamb in a clay pot (marthbaan ka meat), radioactive in its red hue – coloured by the pickled chilis and tomato mozzarella kulcha. The clay pot was sealed with dough, stripped away at the table to reveal the still sizzling lamb feast inside. 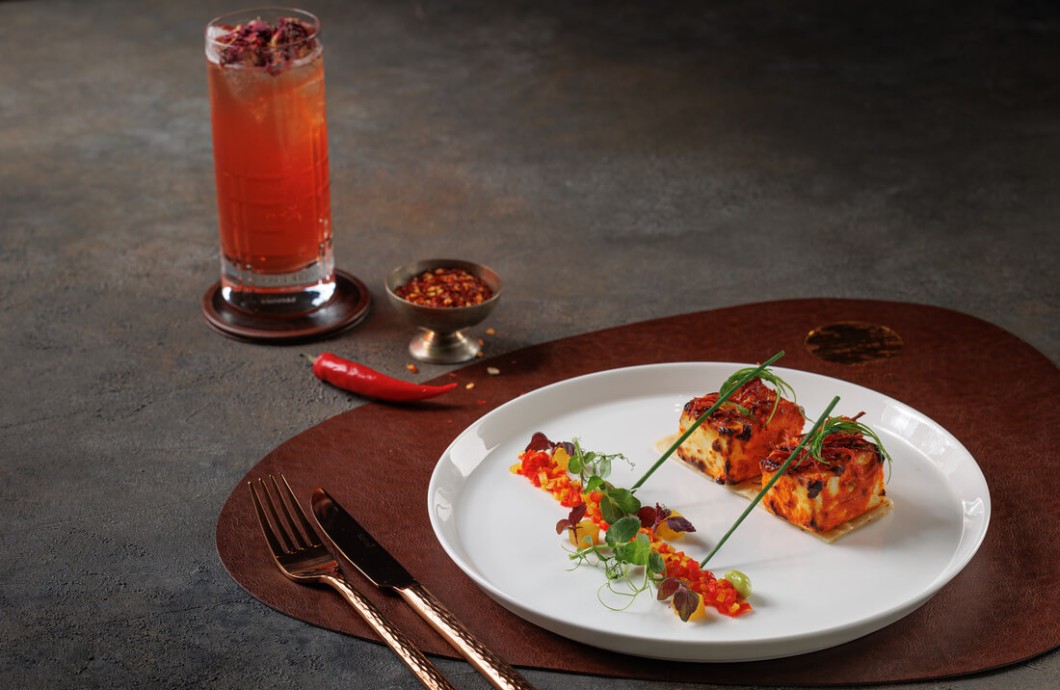 Having delightfully transitioned between surf and turf (albeit lamb, not beef), there was one element that elegantly tied the courses together – the aforementioned gold leaf. A literal element, gold seemed to feature on every dish, every seafood morsel and even the lamb shank shimmered with beaten foiling. My digestive tract must have thought I had the Midas touch, but I never once considered the gilding to be a Dubai cliché, rather a close continuation of the Varq concept from Delhi to Dubai. 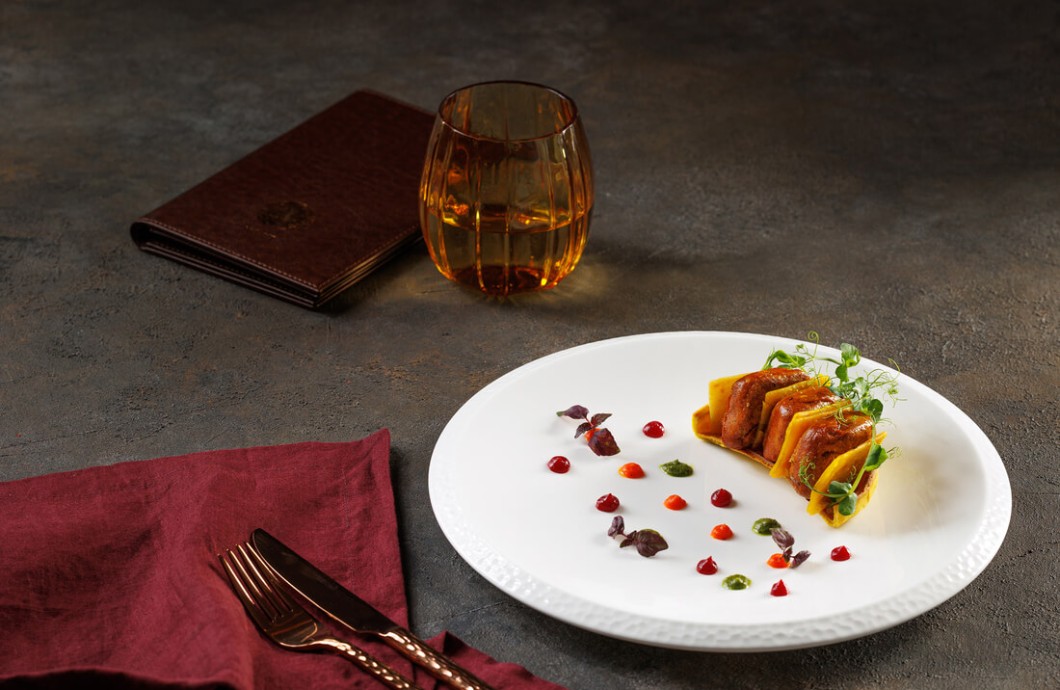 Delicious, heavy, rich, and downright indulgent, the food was almost as soporific as it was excellent. But, as we all know, there’s always room for dessert. After a short breather, a trio of kulfi ice cream arrived at the table, styled as lollipops. Mango, rose and the original kulfi flavour – composed of frozen berries and other fruits – melting in the mouth with a similar texture and mouth-feel to Brazilian açaí. A sweet way to conclude an Indian feast. 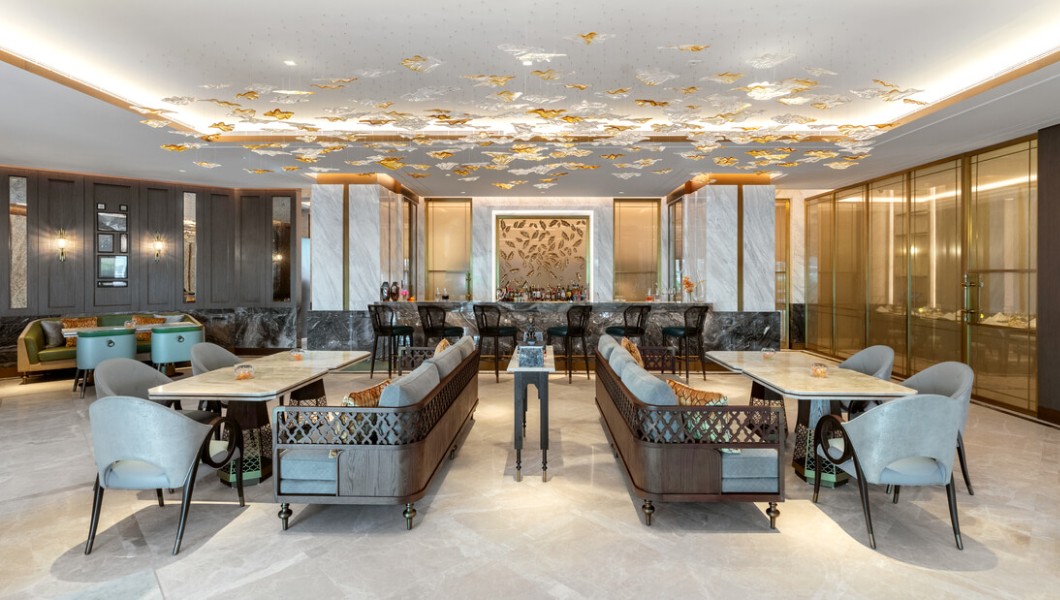