A stilted resort, an open-air rooftop gym, a new nature hideaway and a vertical garden. Four new hotels worth packing your passport for... 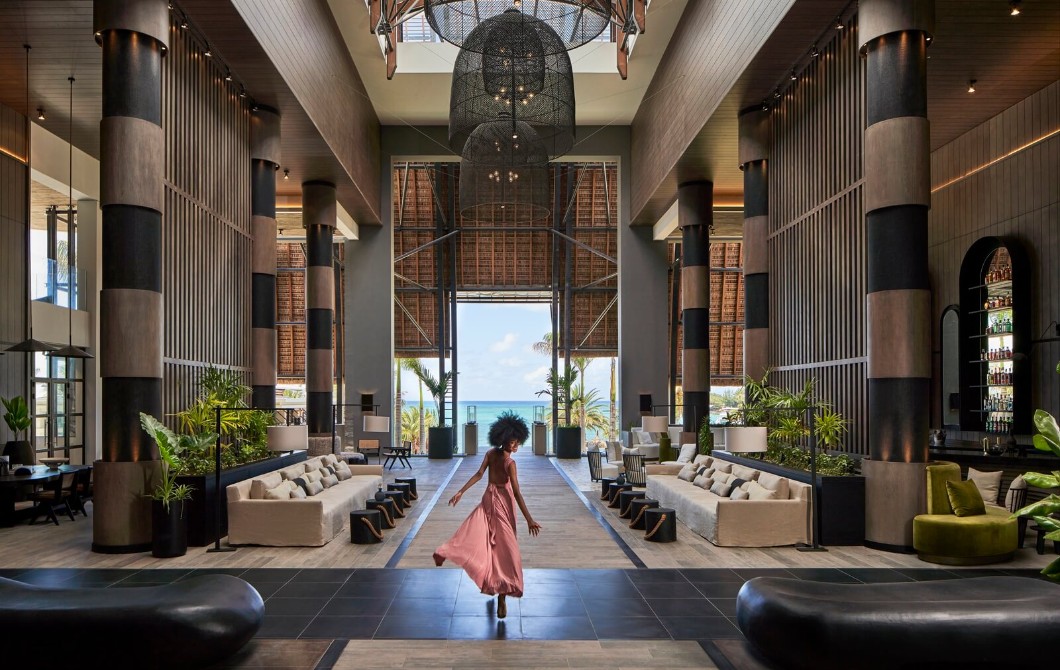 Rooftop bars were so 2021: the top deck is all about wellness at LUX* Grand Baie Resort & Residences, the Singapore-based brand’s new flagship on Mauritius’ north coast. Home to two 30-metre Olympic-standard running tracks and the MyBeast fitness frame, Muscle Up on the Roof is the first open-air rooftop gym in the Indian Ocean and one of many innovative wellness activities at the resort, which also includes a Technogym Group Cycle Studio, Niyama Studio for classes and a Wellness Bar for healthy refreshments. 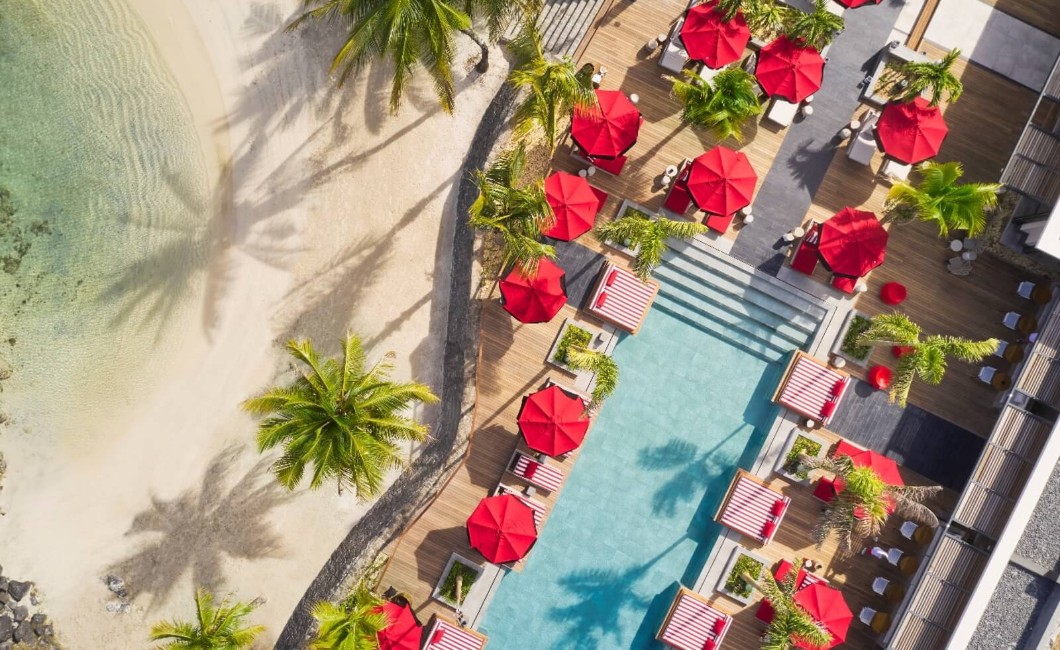 It’s all part of LUX* ME Spa & Fitness, a four-floor venue with a spa that’s home to thermal experiences, including a Kniepp walk, Turkish hammam and Tepidarium soaks, as well as eight rooms for East-meets-West treatments. Junior jetsetters can join Little Green Fingers gardening project, experiment at the Ice Cream Lab and join junior yoga sessions at PLAY kids club, while older children can flex their creativity at the DJ deck or Photofanatics station at Studio 17, or explore the waves in water sports lessons. 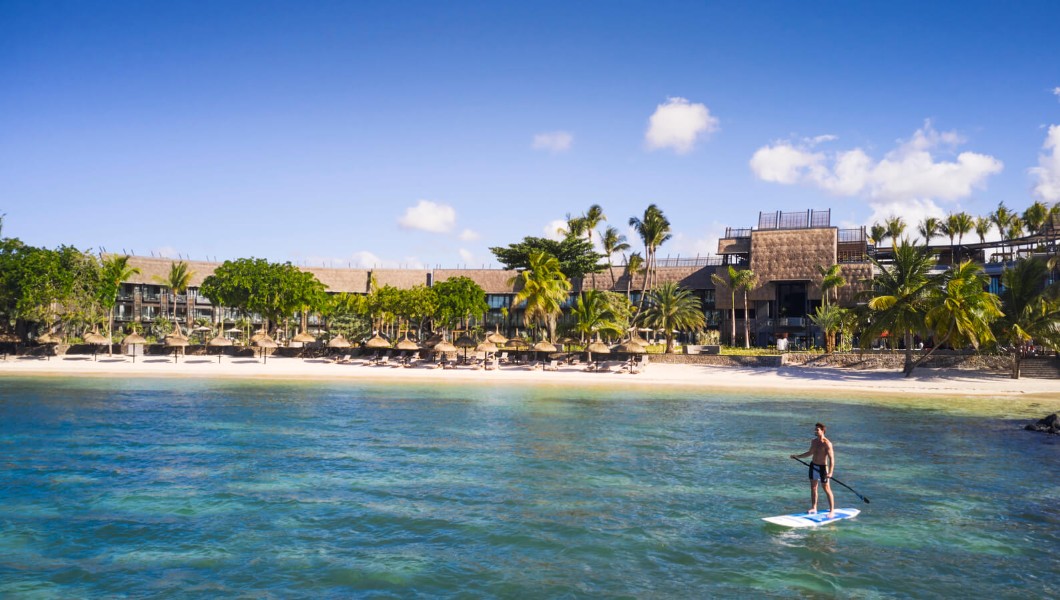 Designed by Mauritius-based architect Jean-Francois Adam, the resort is inspired by nautical architecture and the natural surroundings, with 114 Kelly Hoppen-designed suites, residences and villas that champion indoor-outdoor living. 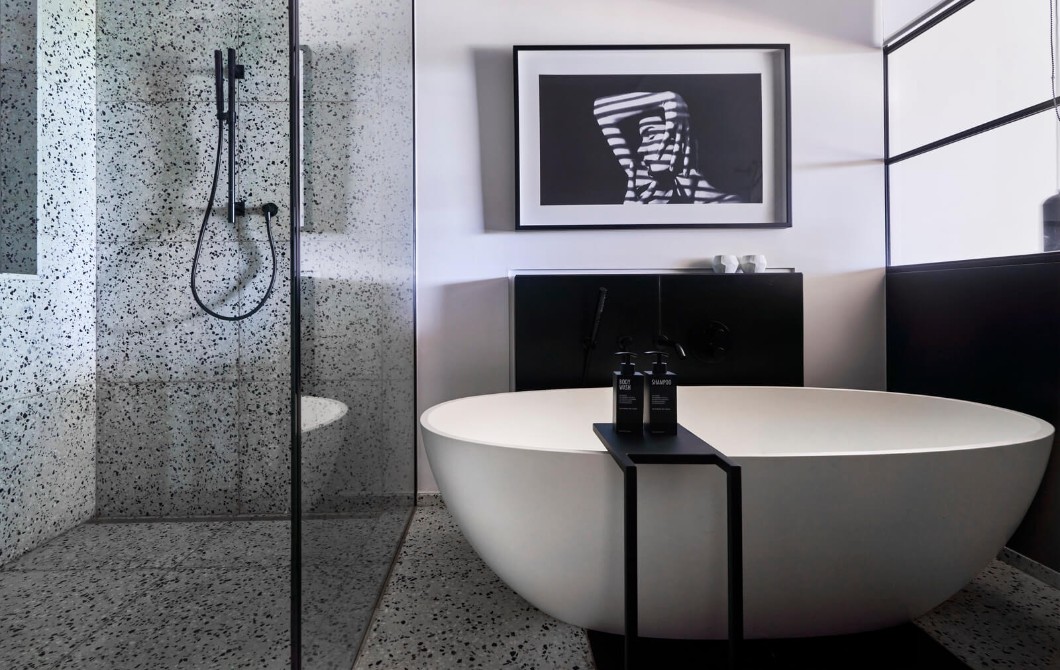 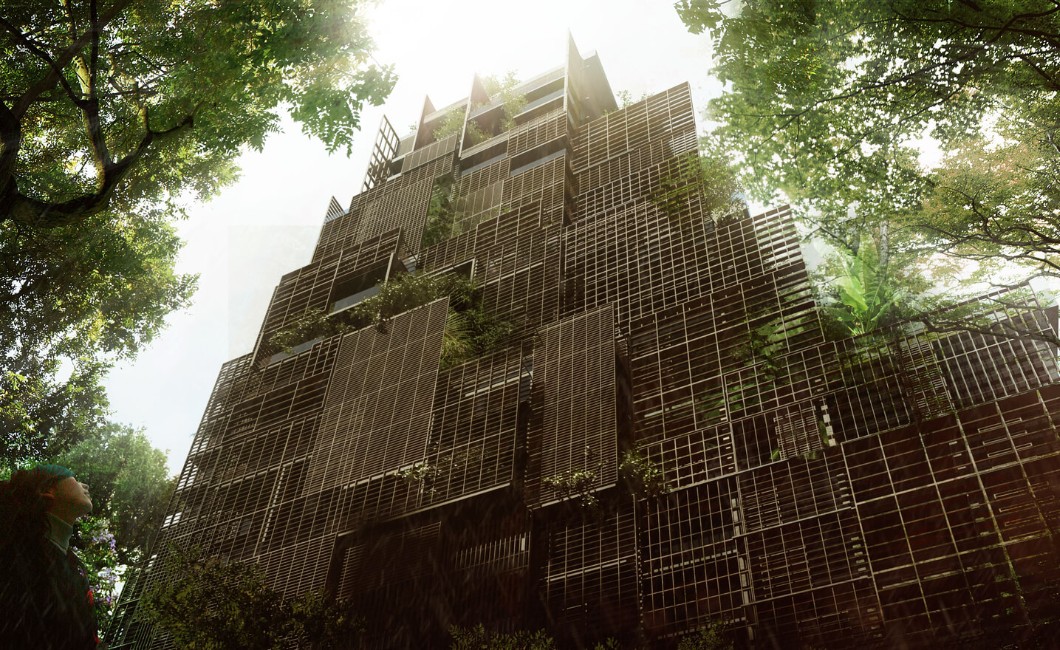 Set at the heart of Cidade Matarazzo, an urban regeneration project breathing new life into what was once the Matarazzo Maternity hospital, Rosewood São Paulo is the result of a collaboration between Pritzker-winning architect Jean Nouvel, legendary French designer Philippe Starck and real estate tycoon Alexandre Allard. Nouvel has envisaged a vertical garden as the focal point of Cidade Matarazzo and the home of Rosewood São Paulo: a 100-metre tower whose exterior forms an interconnected wooden lattice strewn with greenery, extending the surrounding park and gardens high up into the air. 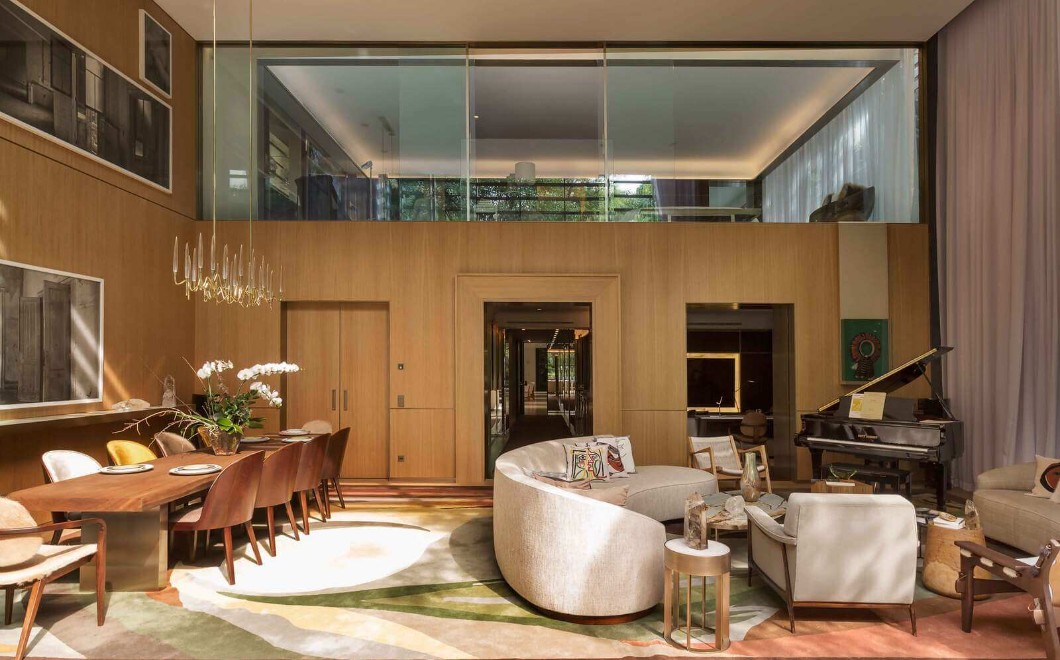 Inside, Starck has added his vision to the 160 guest rooms and 100 Private Rosewood Suites, as well as six restaurants and bars, a recording studio, cinema and an outpost of Asaya, Rosewood’s spa and wellbeing concept. A collection of 450 site-specific artworks created by 57 Brazilian artists was curated by Starck under the theme of ‘respecting the past yet pointing to the future’. Billed as São Paulo’s largest upcycling project, the hotel is committed to using 100 per cent renewable energy within a year of opening. 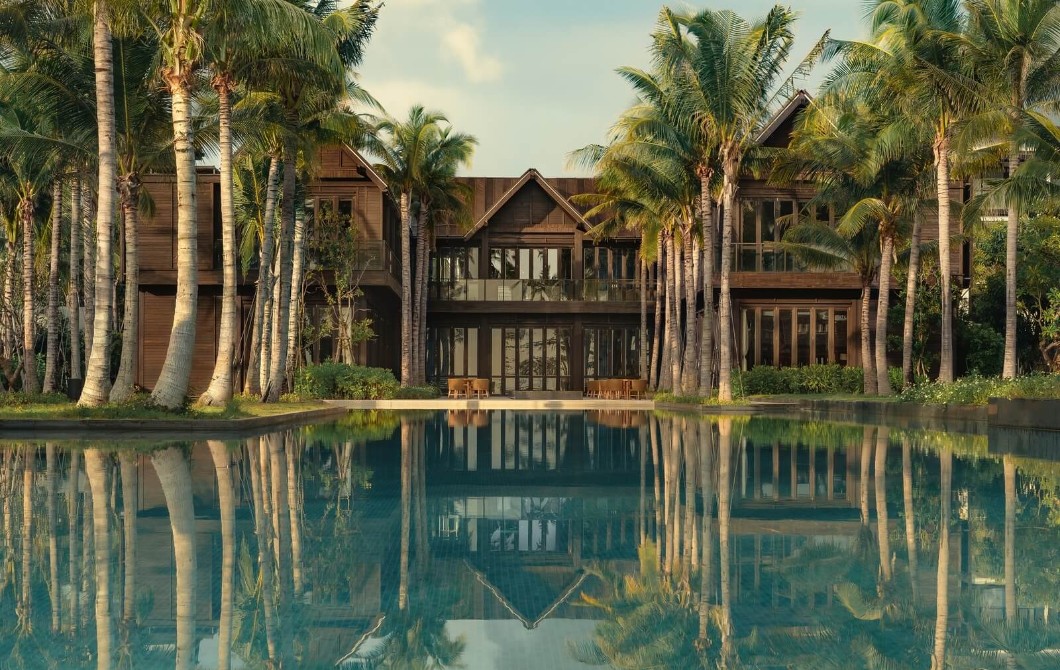 There’s something instantly appealing about Kimpton Kitalay Samui, a warm, timber-built stilted resort on the north-eastern tip of the island that blends the exterior aesthetics of a traditional Thai village with the contemporary interiors of a modern beach resort. Created by P49 Design, the Bangkok-based studio that worked with IHG on Kimpton Bangkok and several dozen IHG properties around Southeast Asia, the resort is home to 138 rooms, suites and pool villas, all decked out in the earthy tones of reclaimed wood and the colourful hues of local artwork. 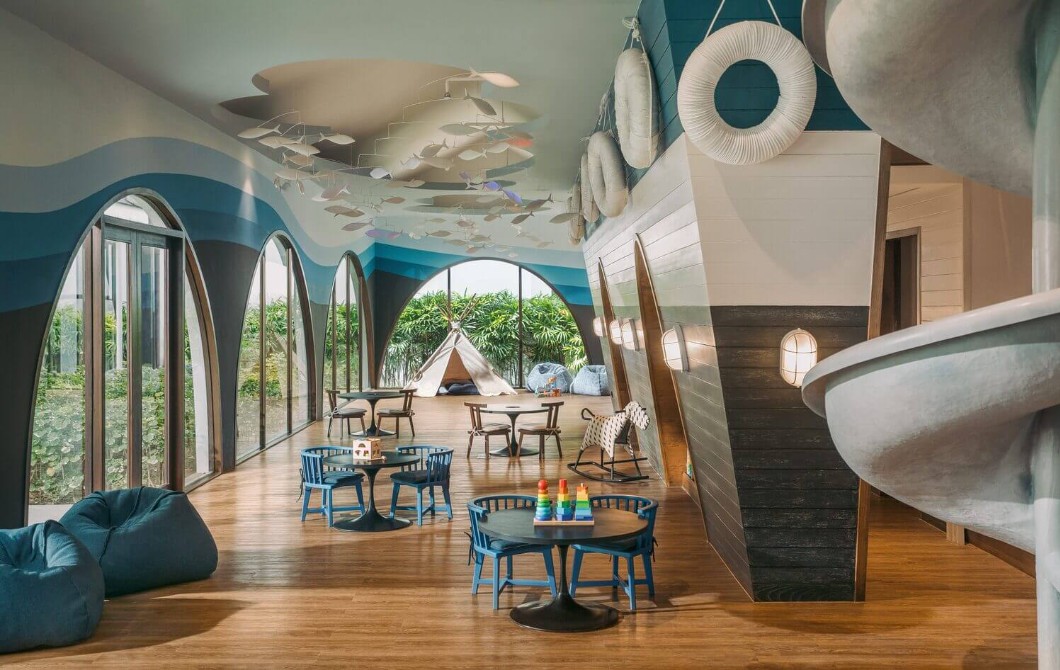 Local touches abound: blue cotton robes custom made by local tailors, bathroom tiles embellished with motifs inspired by Thai basketry and signature amenities by Thai skincare brand HARNN. Pimãanda by HARNN is the resort’s spa and wellness centre, where signature treatment, Paradise of Wondrous Sea, is inspired by the beat of the Manora dance drums of southern Thailand. Among the five dining options, guests can grab a cup of single original Thai coffee, artisanal tea or locally made spirits at LANAI Bar & Lounge, feast on classic seafood or playful modern dishes at FishHouse or eat sweet treats at HOM Baking Company. 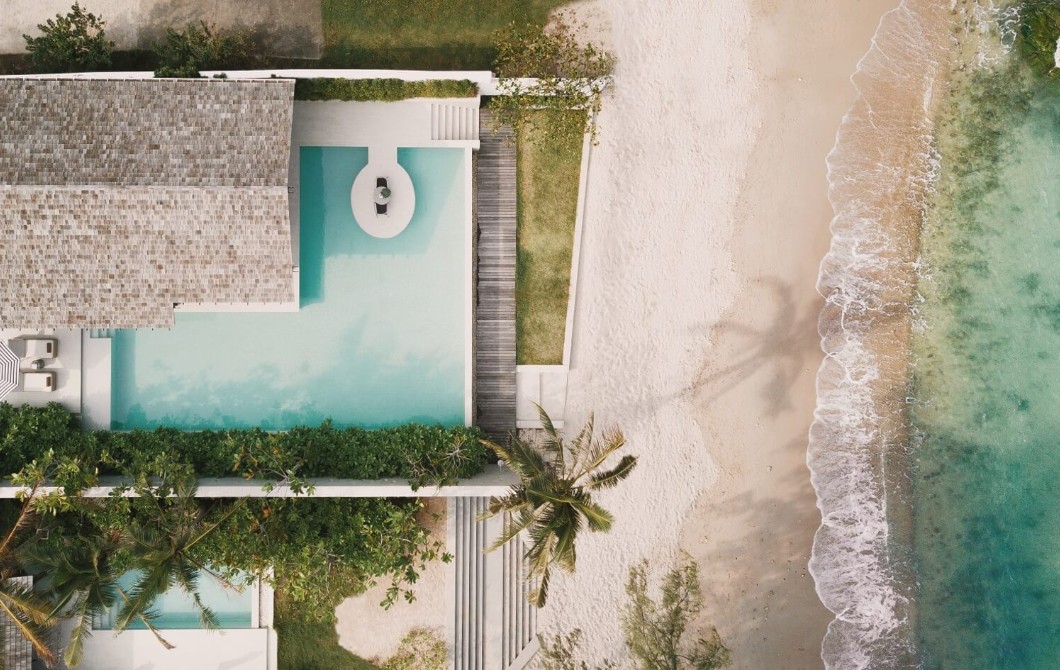 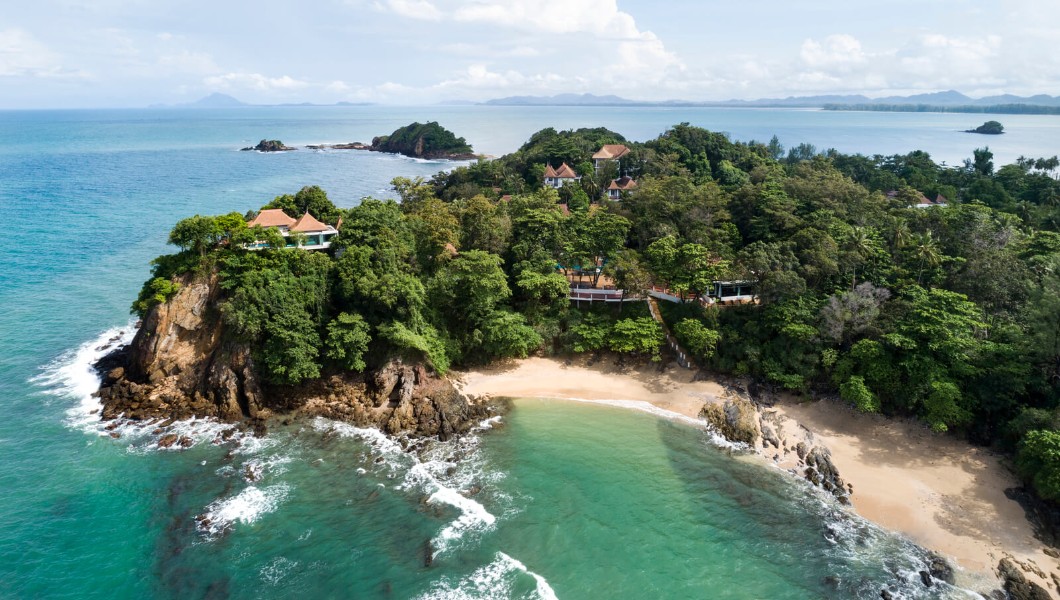 Perched at the end of a rocky peninsula overlooking the jade green waters of the Andaman Sea, Avani+ Koh Lanta is an island hideaway where guests will find themselves immersed in nature from the moment they arrive. Bangkok-based studio PIA Interior has drawn inspiration from the island’s seafaring heritage and the colours and motifs found in the nearby Old Town for the 92 guestrooms and pool villas: bright spaces where lush greenery and ocean views frame vibrant interiors. 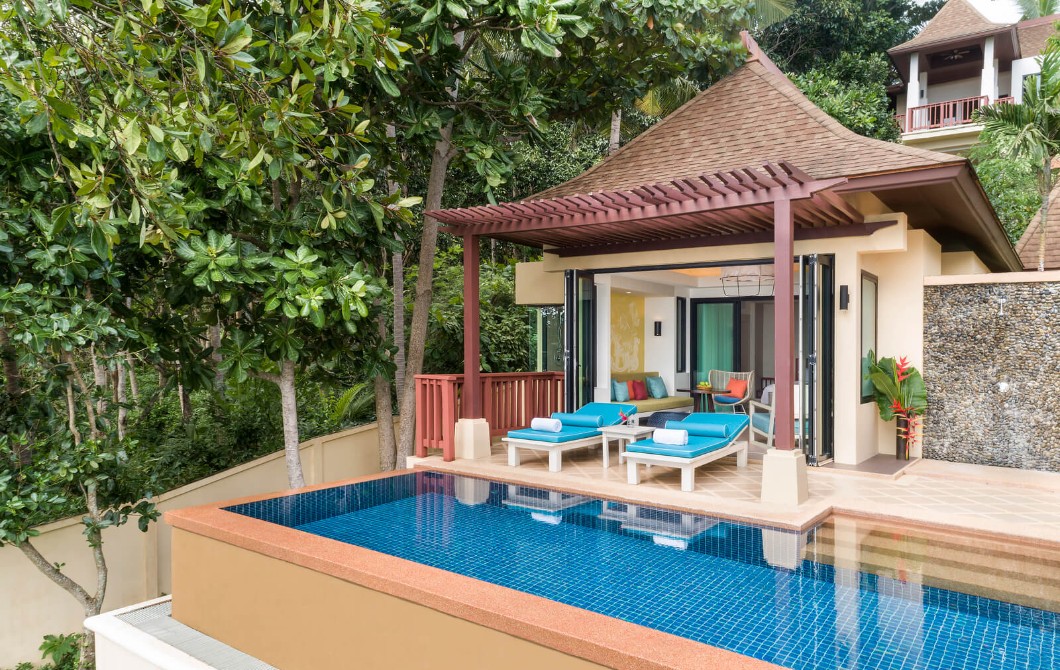 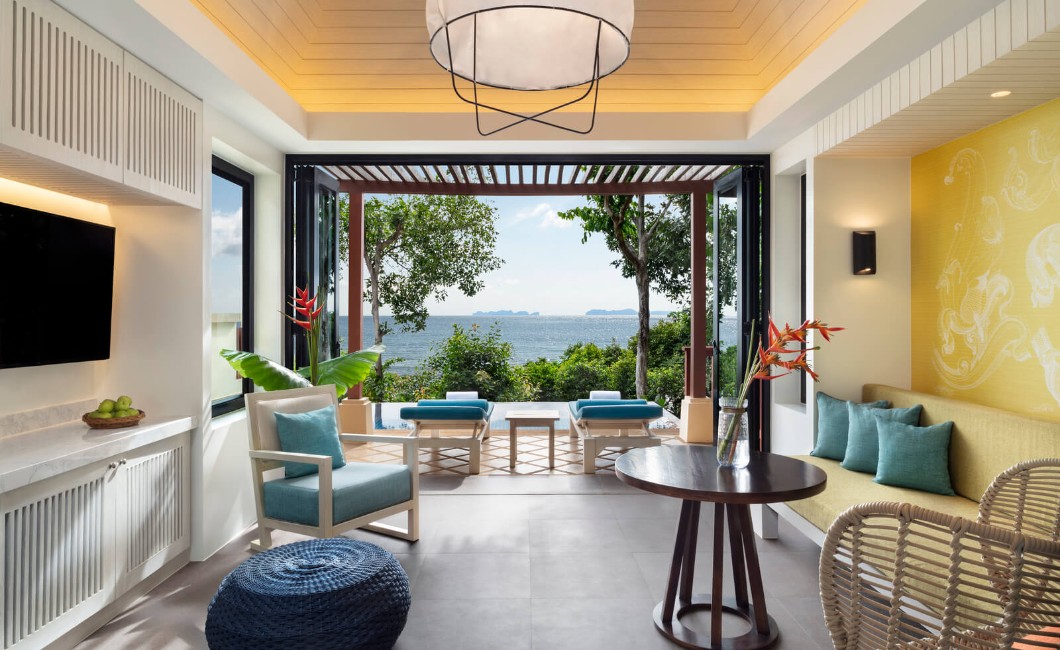 Below the resort, the tropical forest spills down to a private beach and the warm waters of the Andaman, while guests staying in the private pool villas can bliss out while gazing at distant islands and spectacular sunsets. Situated at the very tip of the peninsula, the Grand Ocean Residence is the crème de la crème: a sleek two-bedroom abode set in a private garden that’s ideal for private events and parties. 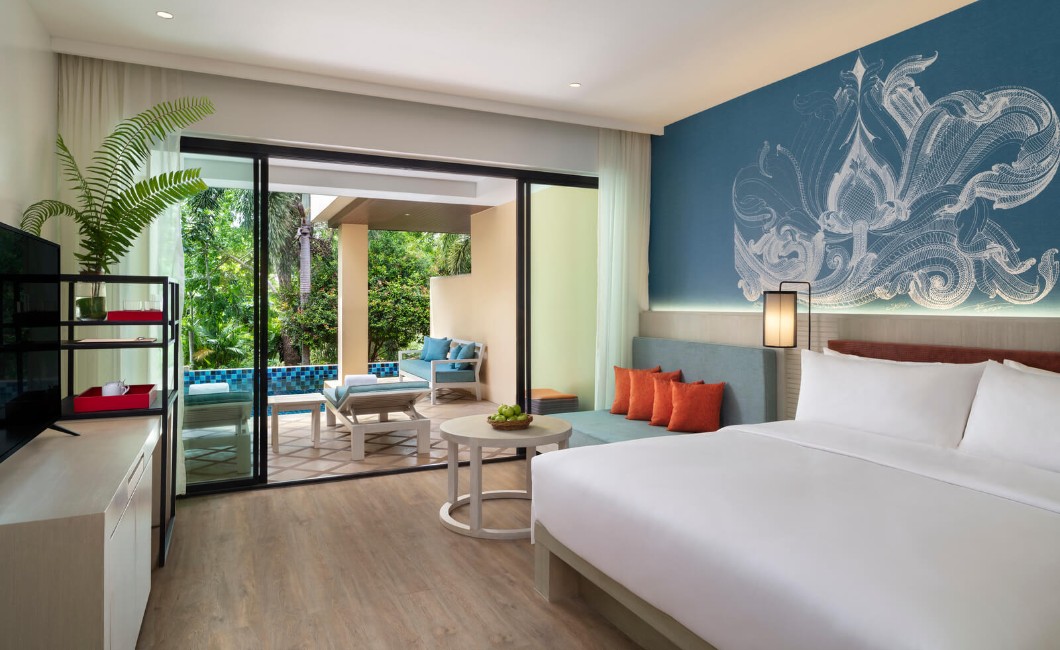 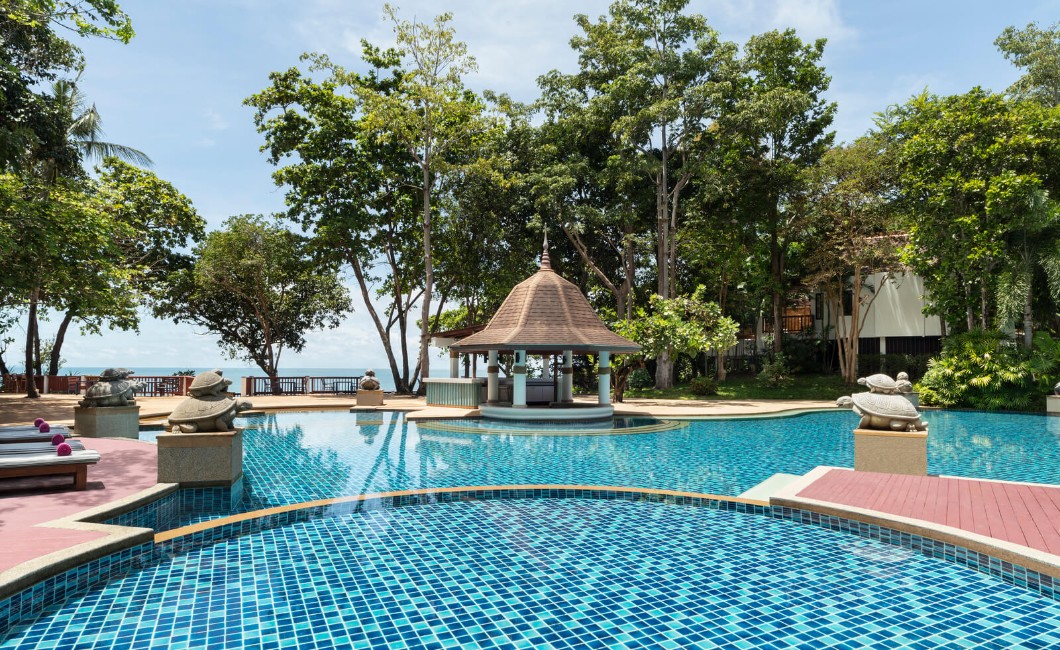 Local fishermen supply the seafood at The Cliff, served alongside fresh fare from Koh Lanta’s organic market; and the beachfront Reggae Bar is the spot to enjoy lazy sundowners and long, languorous evenings. Active guests will appreciate the AvaniFit Gym concept, which offers state of the art fitness gear and a bootcamp programme, while Avani Spa allows adults to recharge and relax while little ones blow off steam at AvaniKids club.