NEW HOTELS: Where to stay this August

Aman hits the Big Apple, Park Hyatt finds a home in Jakarta and Nobu slinks into Santorini... Where will you stay first?

Set in the heart of Midtown Manhattan at 57th and 5th, the Crown Building is a 1921 Beaux-Art icon. After a five-year remodelling overseen by superstar designer Jean-Michel Gathy, the building will be reborn this month as Aman New York, the third US outpost for the A-list brand. Promising guests an escape from the hectic Big Apple, Aman New York will echo the pared back style of Aman’s first urban property, which debuted in Tokyo in 2014. As well as 83 rooms and suites, starting from 70sqm, the urban resort will be home to 22 ultra-exclusive Aman Residences ranging from one to six bedrooms, including a five-storey penthouse at the crown of the building.

All residences and some of the suites will have private terraces with sweeping views of Central Park and the New York skyline, and all will have working fireplaces for chilly winter evenings. The 10th floor Sky Lounge is surrounded by a wrap-around Garden Terrace with firepits and a Cigar Bar, while the other restaurant offerings include a lobby Piano Bar and an outpost of Nama, Aman’s signature Japanese restaurant concept. The serene Aman Spa is a three-level sanctuary with a 15-metre swimming pool flanked with recessed daybeds. 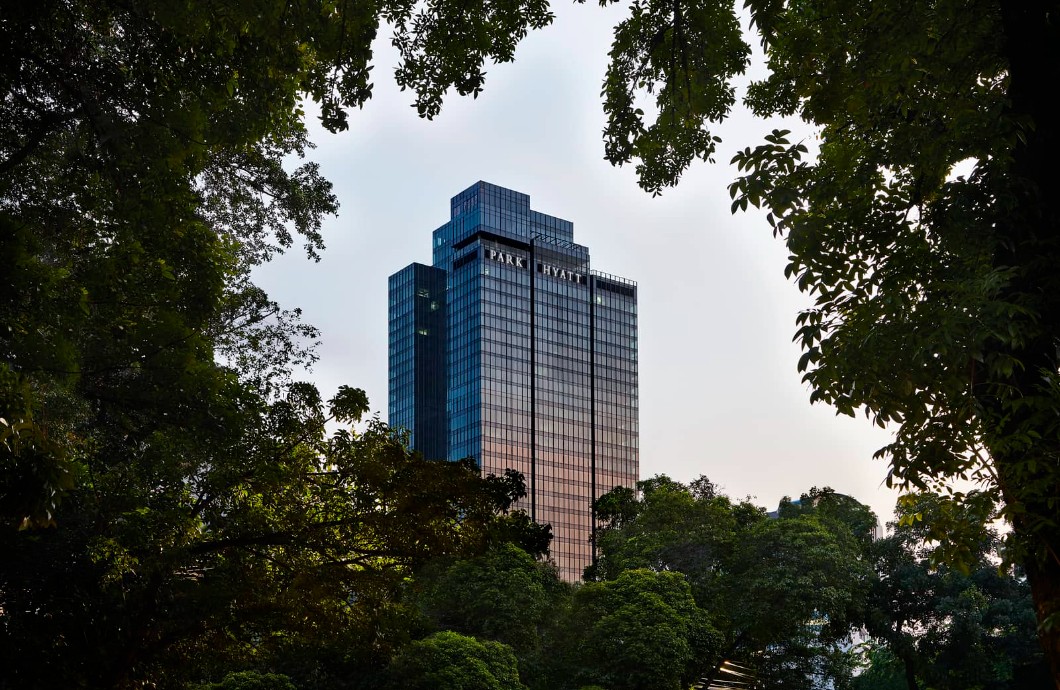 Wherever the Park Hyatt brand goes, tranquillity is sure to follow. And in a city of 10 million people, that’s a valuable commodity. Delve into this achingly cool urban escape and you’ll discover an ode to local culture and heritage; a conceptual journey through the Indonesian rainforest that evolves as you ascend from the dark rich hues of the Sky Lobby to the lighter colours and warm tones of the upper levels. London-based design firm Conran and Partners has woven local motifs and indigenous designs into the 220 guestrooms, with hand-woven textiles, natural lava stone walls and intricate wooden carvings that add local flavour to sophisticated, pared-back interiors. 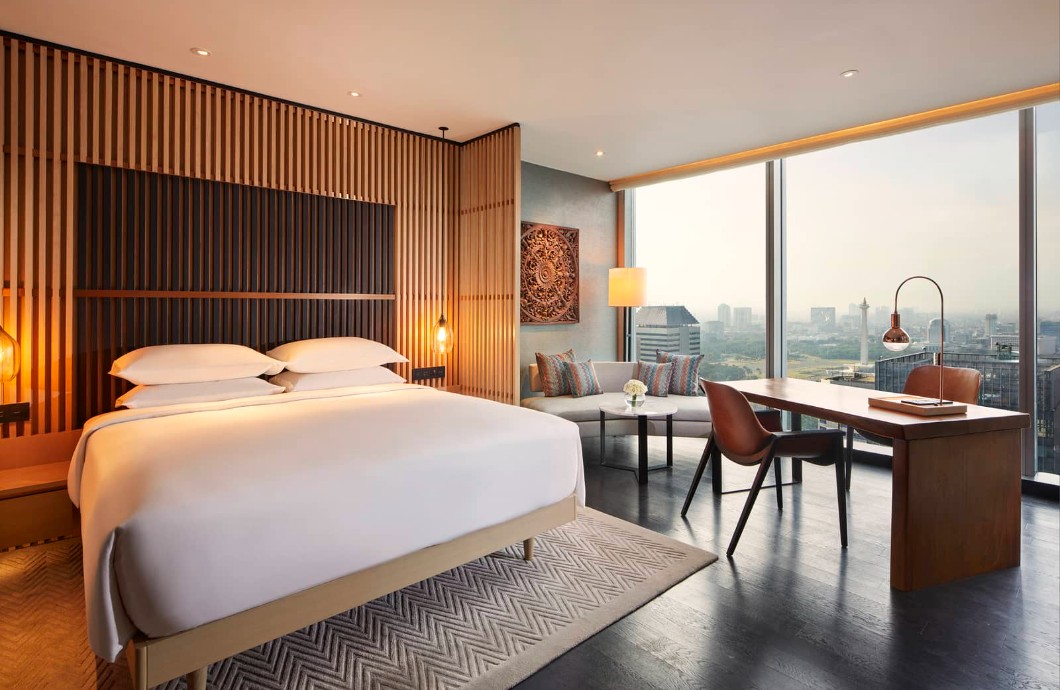 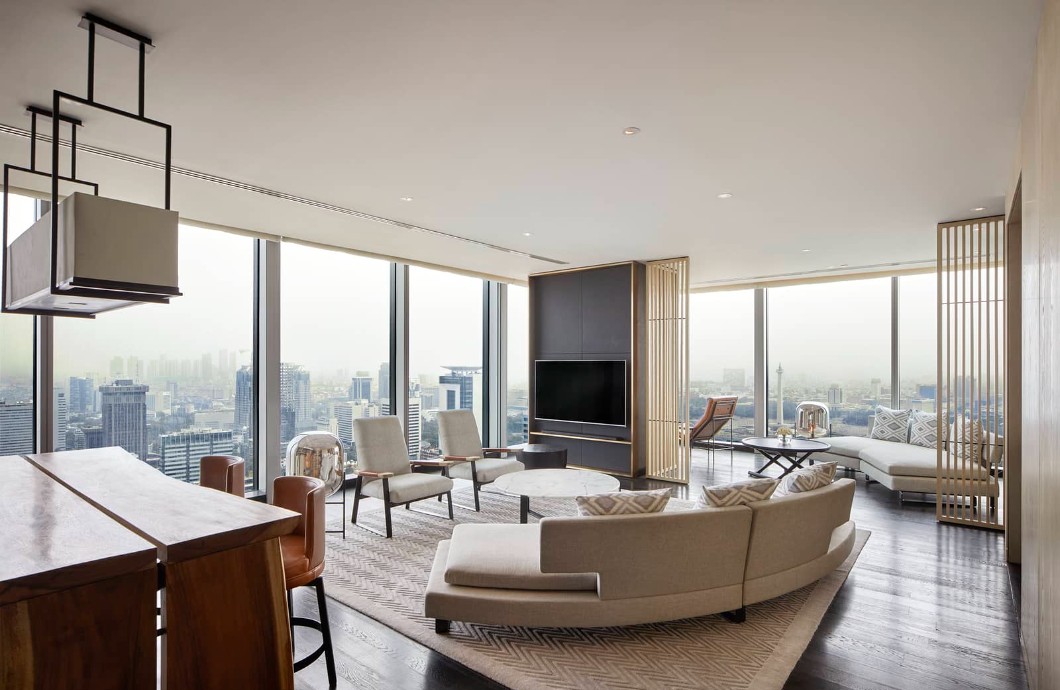 A custom art collection celebrates the diversity of Indonesia’s cultural landscape, from modern urban Jakarta to ancient heritage sites and the natural environment. In the Sky Lobby, guests will be mesmerised by an installation made up of thousands of delicate crystal orbs, representing rainfall and starlit skies. An homage to Japanese cuisine, Kita Restaurant & Bar occupies the top two floors of the striking Park Tower, providing privileged views over the rapidly expanding Jakarta skyline. 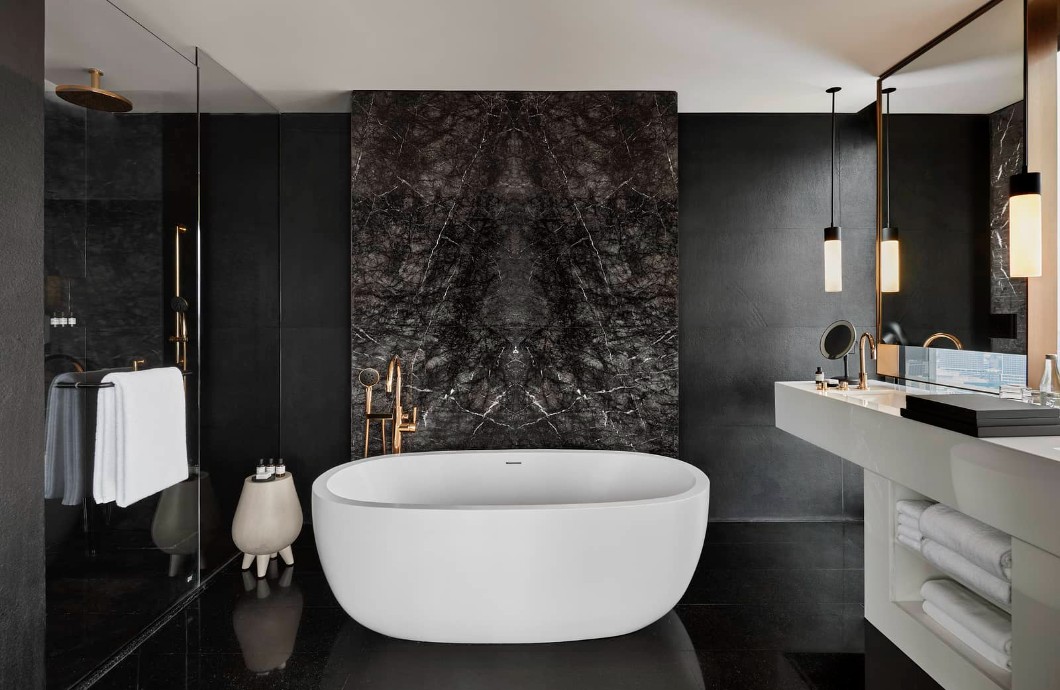 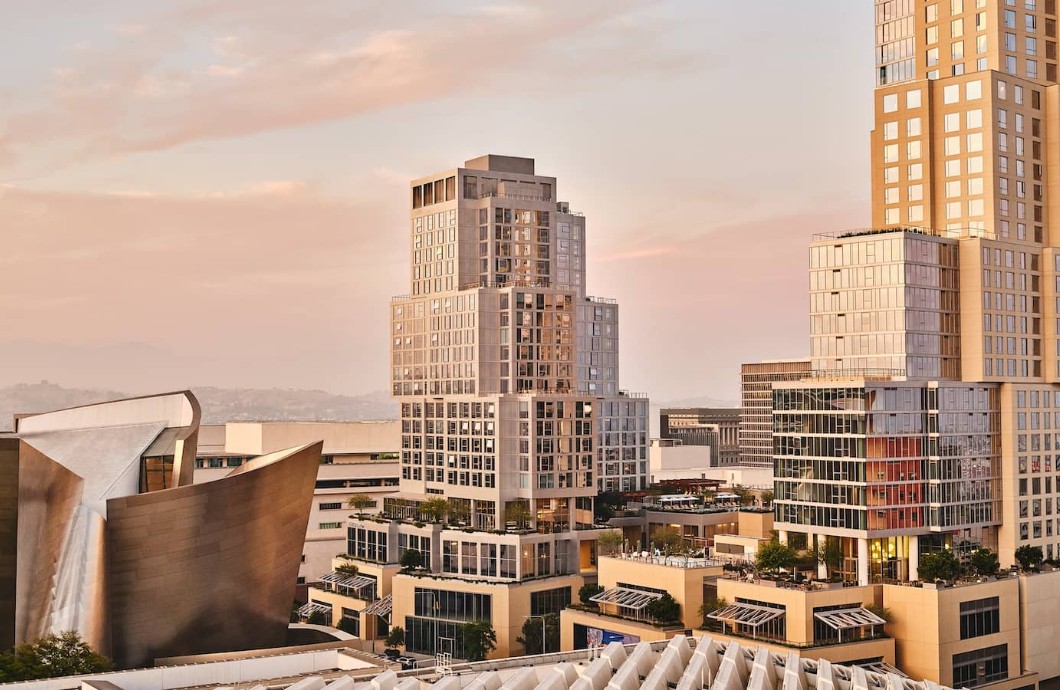 Frank Gehry’s vision for LA’s new cultural corridor has finally been realised with the opening of Conrad Los Angeles, an architectural marvel adjacent to the Walt Disney Concert Hall. Created by Related Companies, the developer behind the era-defining Hudson Yards in New York, the hotel is part of The Grand LA, a mixed-use residential, retail and entertainment project breathing new life into the city’s Downtown neighbourhood. Star chef Jose Andres and his ThinkFoodGroup have created the culinary offerings: Spain-inspired Californian cuisine at San Laurel, Latin and Asian flavours at Agua Viva, and concept restaurant SED, which is dedicated to the bounty of the Pacific Ocean and US desert. 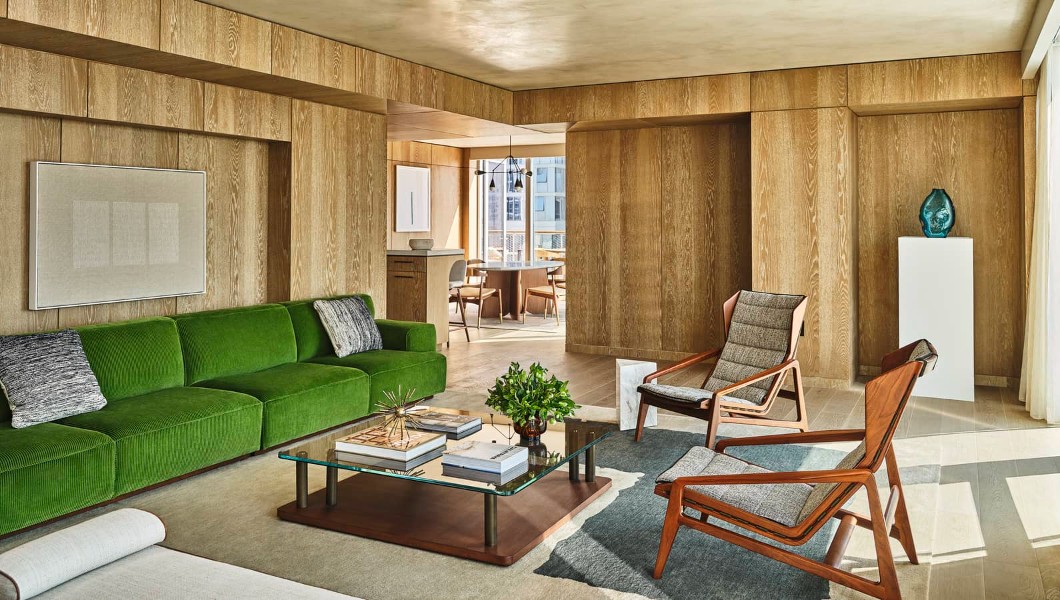 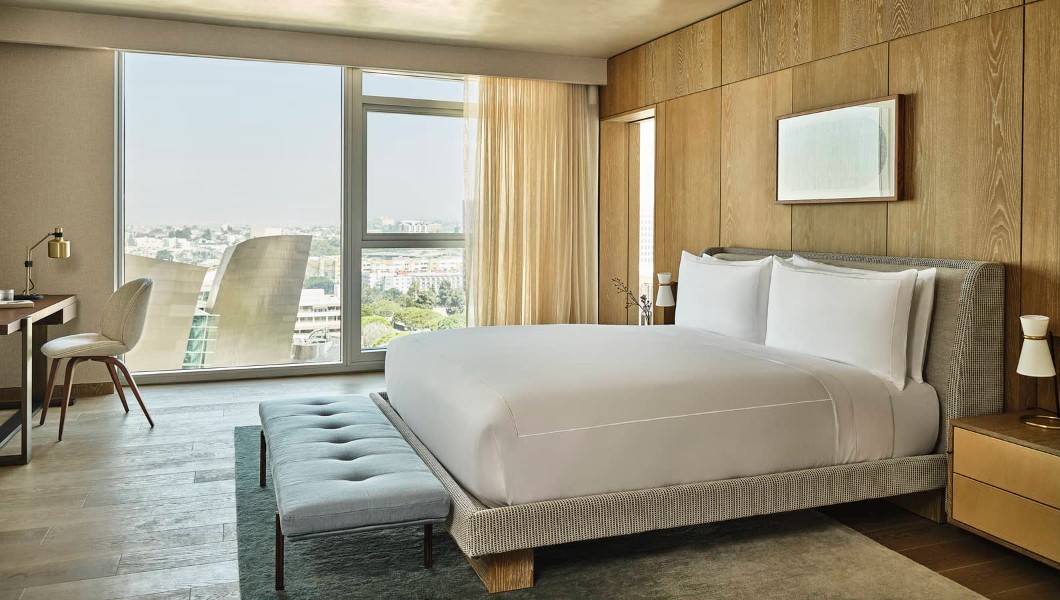 The 305 rooms and suites, imagined by London-based design firm Tara Bernerd & Partners, are warm and modern, with pale oak floors and linen walls, while the 24th-floor penthouse - The Grand Avenue Suite - has a private furnished terrace and fabulous views over the Broad Museum, Music Center and Gehry’s Walt Disney Concert Hall, home of the LA Philharmonic. At every turn, guests will be treated to artwork created by local and international talent, curated in partnership with Judith Tatar of Tatar Art Projects. Public areas are embellished with swathes of elegant Ceppo di Gre stone from Lombardy, while the striking reception desk is hewn from a piece of 11,000-year-old lava. 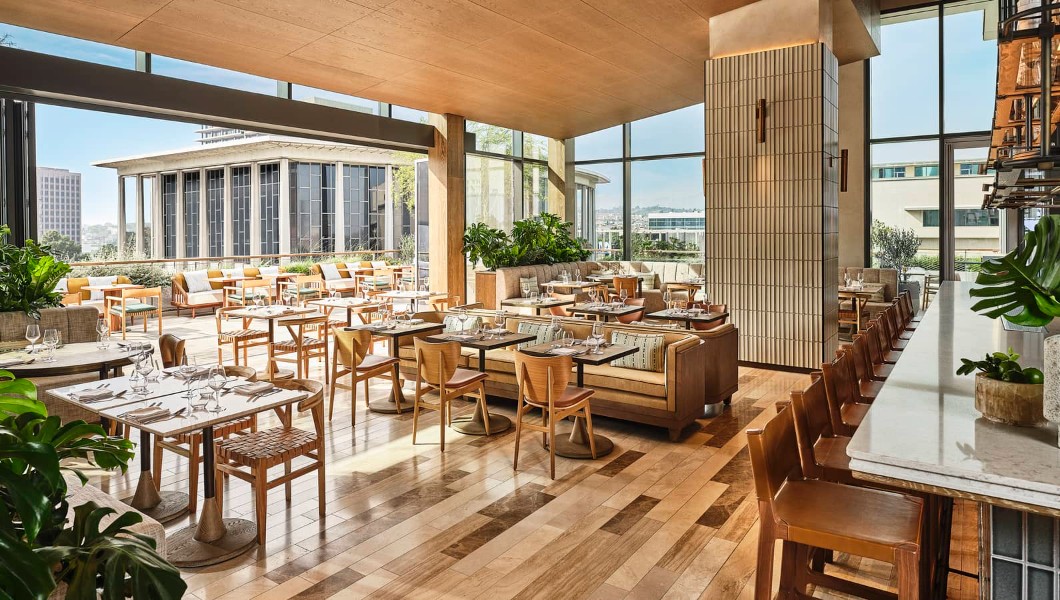 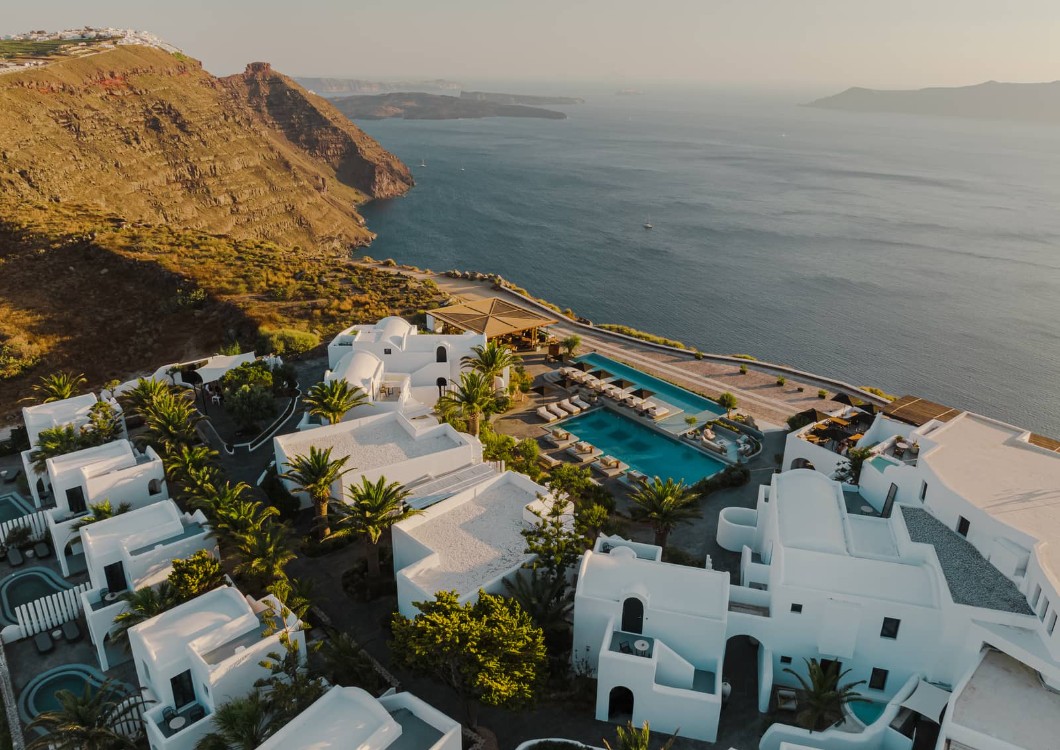 Unstoppable luxury dining and hospitality brand Nobu has found a new home in Santorini, land of volcanic peaks, whitewashed villages and blues of every shade. Situated on a spectacular clifftop in Imerovigli, the boutique resort is home to just 25 suites and pool villas, with spectacular views of the Aegean. A monotone palette of blacks, whites and greys is complemented by natural stone furnishings, creating a calm environment that contrasts with the striking colours of the outdoor environment. Outside, pink bougainvillea and vibrant green palms stand out against the bright white walls, and the glistening dual-level infinity pool reflects the turquoise of the sky. 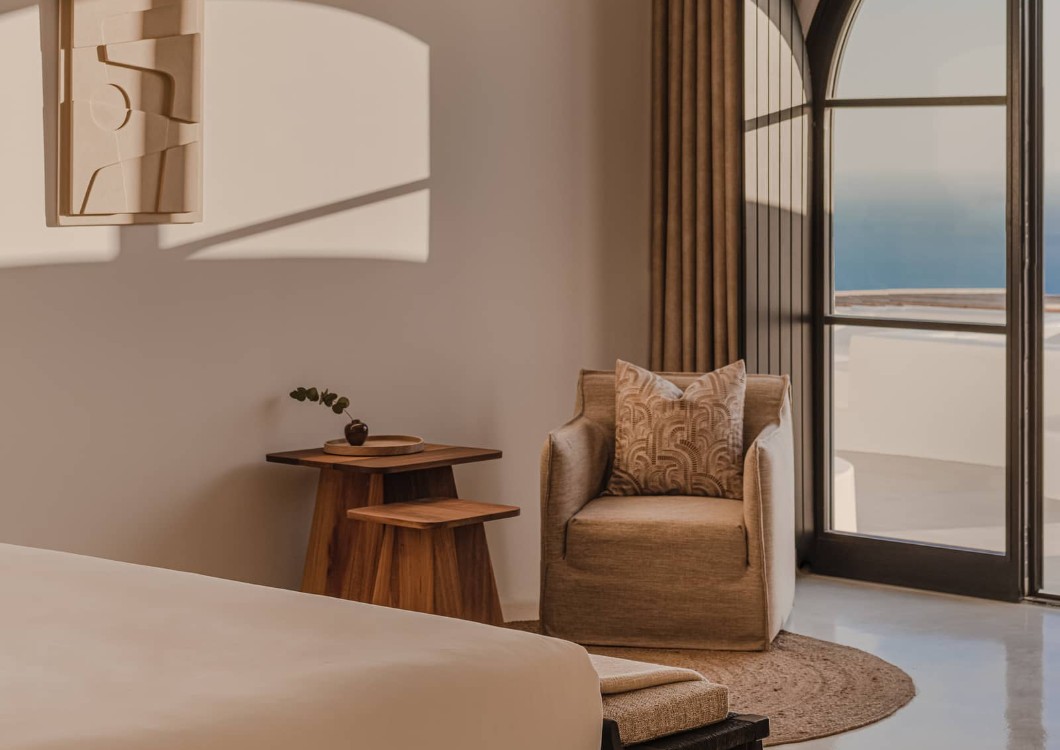 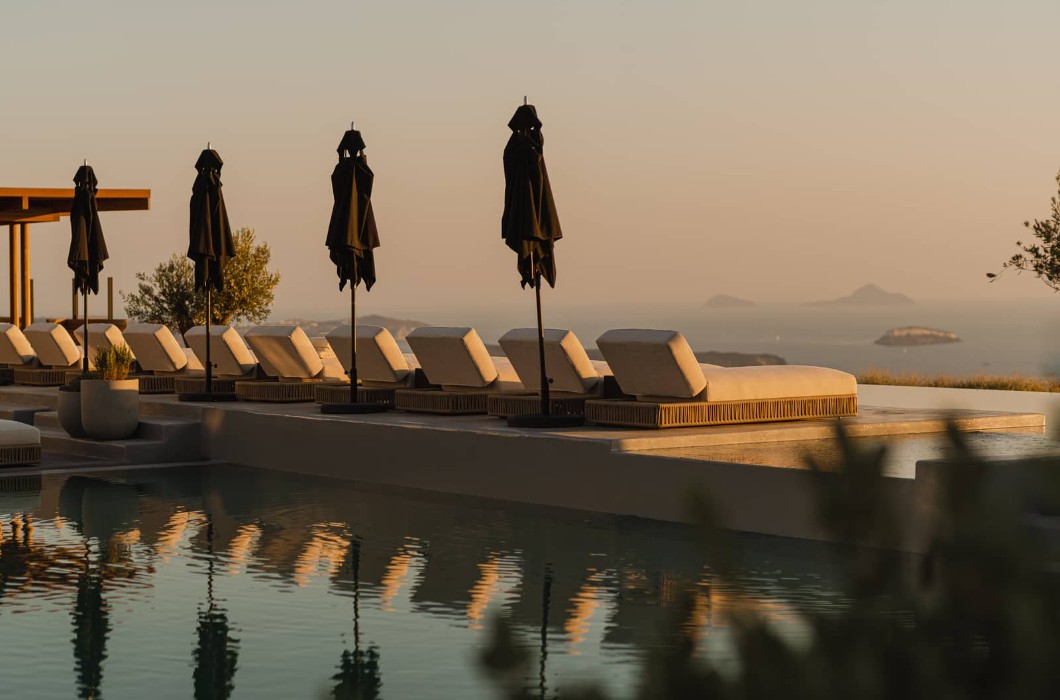 The highlight of the resort, Nobu Santorini brings the acclaimed cuisine of chef Nobu Matsuhisa to Greece for the first time. Signature dishes including the world-famous black cod miso and yellowtail sashimi with jalapeño are complemented by new recipes inspired by Greek culinary traditions and local ingredients, all accompanied by mesmerising views of the Santorini Caldera. 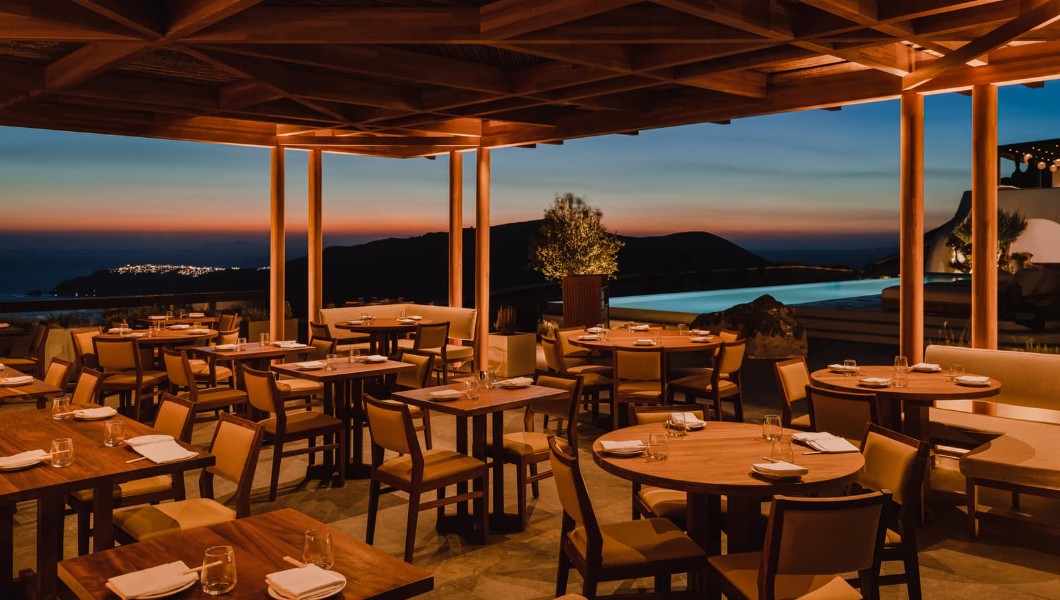