With a lineage dating back more than 1,000 years, Great Scotland Yard Hotel is one of the most storied urban escapes in London. Home from home for Scottish royals for almost 500 years, the street known as Great Scotland Yard was home to poet John Milton and St. Paul’s Cathedral architect Sir Christopher Wren in the 17th-century, before becoming the headquarters of the Metropolitan Police in 1874. Today, the iconic building at 3-5 Great Scotland Yard is one of the city’s finest new hotels and the latest member of The Unbound Collection by Hyatt. Developers have preserved the iconic Edwardian red brick and Portland stone façade of the building, but the interiors have been transformed into sumptuous surrounds that pay tribute to the area’s colourful history. The 152 guestrooms – all unique – include 15 suites and  a standalone five-storey townhouse; an ultra-exclusive two-bedroom abode at 1 Great Scotland Yard. Chef and restaurateur Robin Gill is the man behind all four dining venues, including signature restaurant The Yard, which showcases modern British cuisine with ingredients from local micro-farmers.

Wake up at dawn in an eastward pool villa at Anantara Tozeur Resort and you’ll feel like the first person in the world to welcome the sunrise. For beyond the rim of your private pool is the vast and uninterrupted expanse of the Sahara Desert and the Chott el Djerid salt lake, a wild and mesmerising landscape where adventure beckons. Guests at this Moorish-Berber inspired hideaway will spend their days traversing the dunes on camel back or exploring the rugged Atlas Mountains by 4x4, driving through hilltop oases, abandoned villages and towering canyons, before stopping off to visit the ancient medina in nearby Tozeur. Back at the resort,  50 desert-view rooms and 43 villas are infused with local flavour thanks to traditional textiles, Berber patterns and desert hues, and two enormous three-bedroom Royal Villas have sunken dining rooms, private majilis meeting areas and infinity pools looking out over the desert. When the sun descends, sate your appetite with  a Dining by Design experience in a Berber tent under the stars, sample local delicacies at the open-air Arabian Nights Restaurant, or feast on Asian cuisine at Mekong.

Set in 28 acres of landscaped gardens on the outskirts of the city, The Oberoi, Marrakech is one for your 2020 travel wish list. Inspired by traditional Moroccan and Andalusian architectural styles, the building is a work of art, lovingly created by architect Patrick Collier and interior designer Hayat Kabbaj. A central courtyard inspired by the Medersa Ben Youssef college in Marrakech with ornate mosaic walls leads to 84 spacious rooms, suites and villas, nearly all of which have private pools and gardens. Just as impressive as the hotel itself are the experiences offered beyond the palace gardens: sunrise hot air balloon rides, sunset desert or mountain dinners, vintage sidecar journeys through the medina or Moroccan cooking classes. 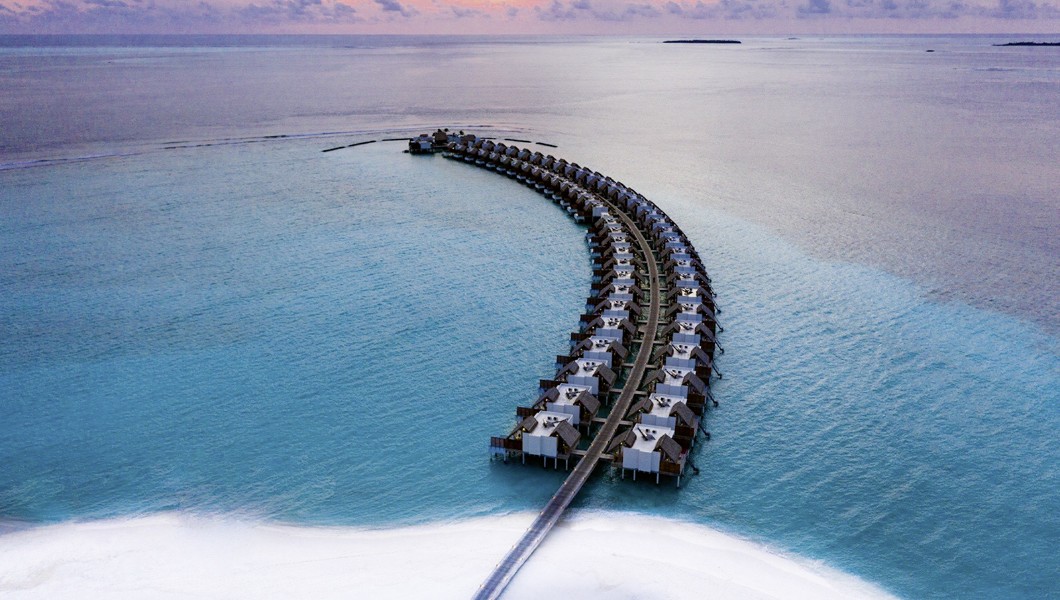 For an original take on the Indian Ocean experience, Emerald Maldives Resort & Spa is a fresh-faced, all-inclusive idyll surrounded by 1.5 kilometres of powder-soft white sand beach. Architect Edward David Pool has created  a resort that breaks the mould, standing out in contrast to the other 100-plus luxury escapes that inhabit the Maldivian archipelago thanks to 120 villas that pop with bright, bold colours. Among the 60 beach villas, some feature vivid green-tiled swimming pools set within tropical gardens, while others boast private Jacuzzis on the beach; the show-stopping 900-sqm Royal Beach Villa has three bedrooms and a spectacular pool that flows into the living room, connecting inside and out. The 60 overwater villas have spectacular views of the Raa Atoll, all with oversized white marble bathrooms and colourful marine-inspired artwork. Villas are crowned with long-lasting langhi langhi leaf canopies and rooftop solar panels that generate hot water, and all feature plenty of bamboo and natural materials. The all-inclusive proposition means guests can dine at any of Emerald’s four restaurants as frequently as they wish, and junior jetsetters are well looked after at the Dolphin Kids Club, one of the largest in the Maldives. 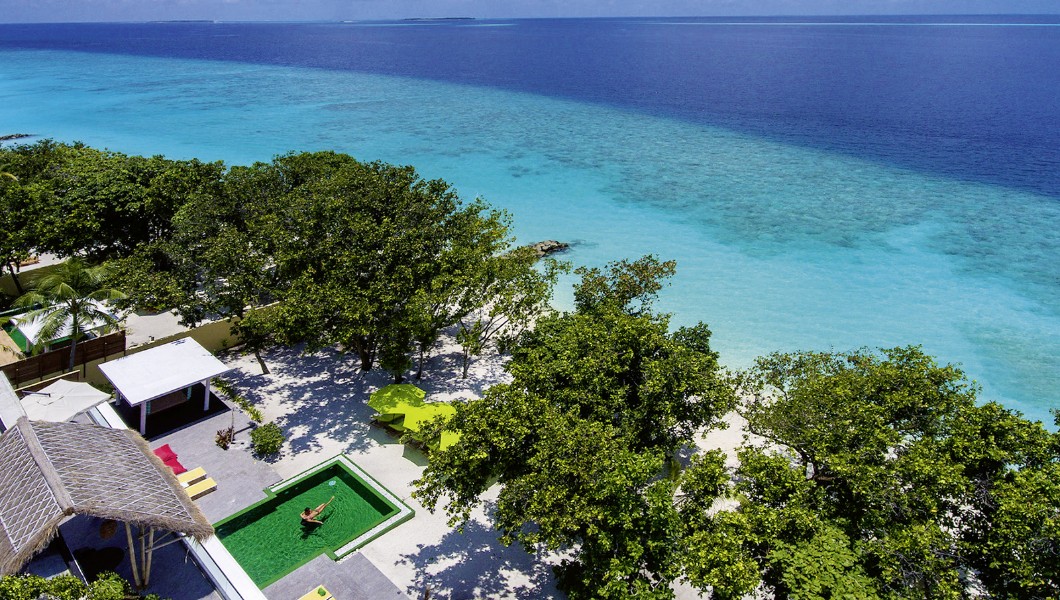 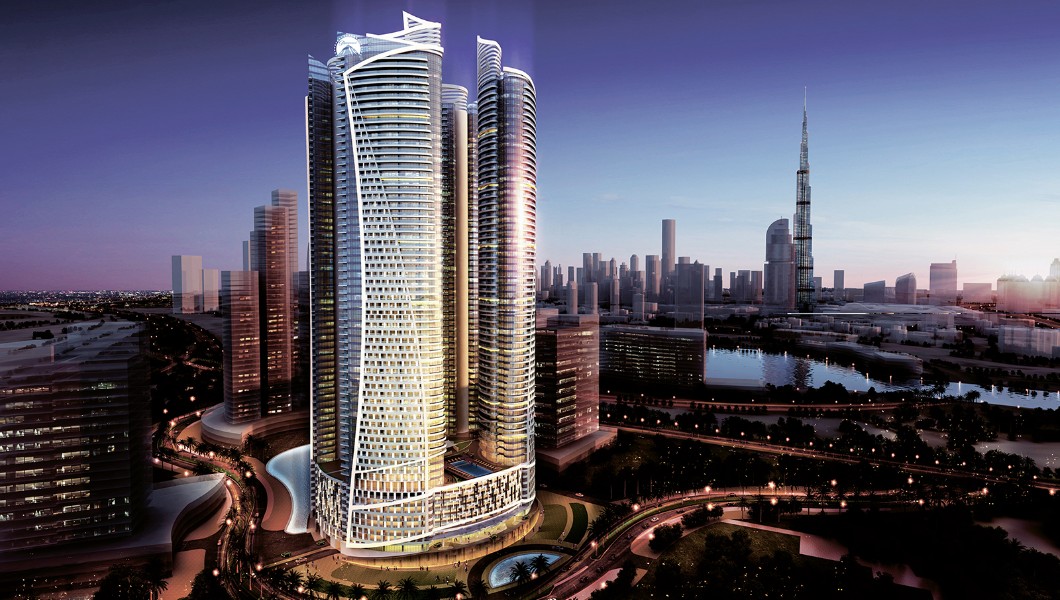 Six years in the making, Paramount Hotel Dubai has finally made its red carpet debut, bringing Hollywood glitz and glamour to the city by the sea. Guests can expect every moment of their stay to be infused with cinema magic, from the vintage stage lights, never-before seen movie posters and other film-set paraphernalia that adorn the 823 rooms and suites, to the theatrical productions, stand-up comedy and regional movie releases staged at The Paramount Screening Room. Infused with a California aesthetic, Pacific Groove is one of eight dining outlets at the Business Bay hotel, with a menu showcasing fresh seafood, salads and woodfired steaks. Classic movie posters adorn the walls of Flashback speakeasy bar, and poolside Malibu Deck captures the LA vibe with its own street food trailer. Signature Paramount Suites are inspired by box office greats like The Great Gatsby and The Godfather, and the 145-sqm Paramount Suite takes pride of place on the 65th floor, with spectacular views of the city.