Construction workers in Belize nearly destroyed a 2,500 year-old Mayan pyramid last week, after scraping away tons of rock to use as filler for local roads

Construction workers in Belize nearly destroyed a 2,500 year-old Mayan pyramid last week, after scraping away tons of rock to use as filler for local roads.

A representative of the Belize Institute of Archaeology said that the 100-foot-tall Nohmul mound, which is located on the Yucatan Peninsula near the Mexican border, is part of one of the largest and most sacred temple sites in northern Belize.

After hacking at the temple mound with backhoes and bulldozers, all that was left was a narrow central portion of the pyramid. Witnesses say that the crew knew that the site had ancient archaeological significance, but destroyed it anyway.

Police are reportedly conducting an investigation, and say that criminal charges are possible. Under Belizean federal law, all pre-Hispanic ruins are protected, including those such as the Nohmul complex, which sits on private land. The landowner and contractor could face penalties of 10 years' imprisonment or a US$10,000 fine.

Archaeologists say that destruction of Mayan ruins for road filler is a huge problem in Belize, with dozens of sacred sites being bulldozed in the last couple of decades. 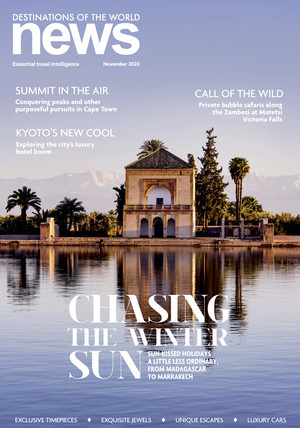