Embrace the waves with Four Seasons Hotel at The Surf Club

Since opening its doors on New Year’s Eve 1930, The Surf Club has been the epicentre of historic moments in Miami. Now a Four Seasons hotel, the oceanfront destination now has a new special fourth night promotion, as well as new dining experiences

It was during the late 1920s when business mogul Harvey Firestone sailed past Surfside, Florida. Enchanted by this breathtaking stretch of golden beach from aboard his yacht, the Marybelle, he immediately began dreaming about what it could become: a refuge for stars seeking to escape the limelight. On New Year’s Eve, 1930, the Surf Club was born. 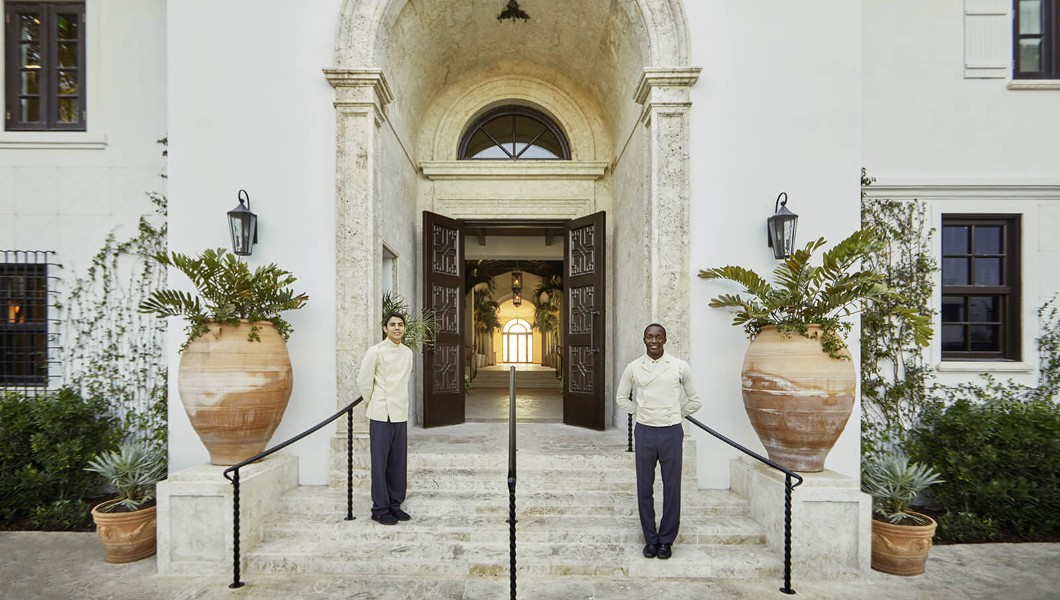 Dynamic guests, including Winston Churchill, Elizabeth Taylor and Frank Sinatra, flocked to the legendary members-only club. Away from the flashbulbs of intrusive cameras, they enjoyed lively evenings of cocktails, couture and even black-tie boxing. During the day, they sunbathed in assured privacy beside its world-famous pools.

The pursuit of merriment went on for more than nine decades, but the Surf Club closed its doors in 2013. Four years later, Four Seasons Hotel at the Surf Club, Surfside, Florida, has brought Firestone’s idyllic refuge back to life. These days, the resort remains a haven from the hubbub of Miami Beach, offering an Art Deco-era aesthetic on the pristine shores of Surfside.

The resort remains a haven from the Hubbub of Miami Beach, offer-ing and Art Deco-Era Aesthetic.

Just weeks ago, the hotel announced that guests can now extend their visit with a new Stay Longer package to indulge in more of Miami’s old glamour at the legendary property. Visitors can now enjoy a complimentary fourth night with every three consecutive paid nights and experience more of sunny Surfside until November 27. 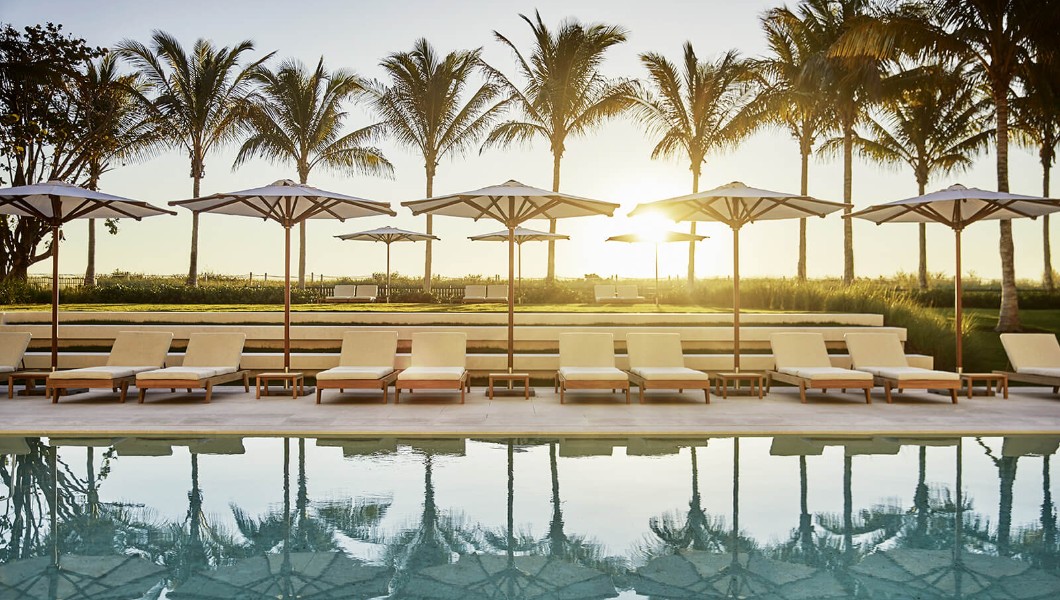 Make the most the extra time by exploring everything The Surf Club has to offer. Enjoy the art of aperitivo and live life as the Italians do with tableside Bellinis at Le Sirenuse Champagne Bar and continue exploring the Amalfi Coast without ever leaving the North Miami Beaches with cuisine by Chef Antonio Mermolia alongside service traditions of Le Sirenuse’s famed, Michelin-starred home base in Positano.

WHAT: Four Seasons Hotel at The Surf Club