Summertime... and the weather is scorching – but there’s plenty of fun to be  had with family, friends and loved ones within these local five-star havens

1. CULTURE VULTURES AT THE CREEK
WHERE: Al Bandar Rotana – Creek, Dubai
WHAT: The Cultural Escape

Check into Al Bandar Rotana and you’re perfectly positioned to explore the historical side of Dubai. Take a water taxi or abra across the Creek and you’ll find yourself in the recently remodelled Al Seef heritage district, where traditional buildings give a flavour of what life was like in times gone by. Today, visitors can wander though the colourful neighbourhood and observe traditional building techniques and Arabian wind towers, or soak it all in from the terrace of one of many cafes and restaurants.

The hotel has curated a special walking tour of the neighbourhood, taking in some of the cultural highlights on the doorstep. The Cultural Escape package includes a tour of the area, a two-night stay for two people, breakfast in Salt & Pepper and a late check-out.

One of Dubai’s hottest new hotels brings a temptingly cool offer this summer. There’s plenty of fun to be had at W Dubai – The Palm, which is offering 15 per cent off room rates until September 30. The discounts don’t stop there, as Marriott Bonvoy members get access to additional benefits with 25 per cent off room rates, alongside a free breakfast at LIV when booking through the hotel’s website.

Until September 15, Marriott Bonvoy members also get 30 per cent off food and beverages at Akira Back, Torno Subito, WET Deck, SoBe, LIV and W Lounge. 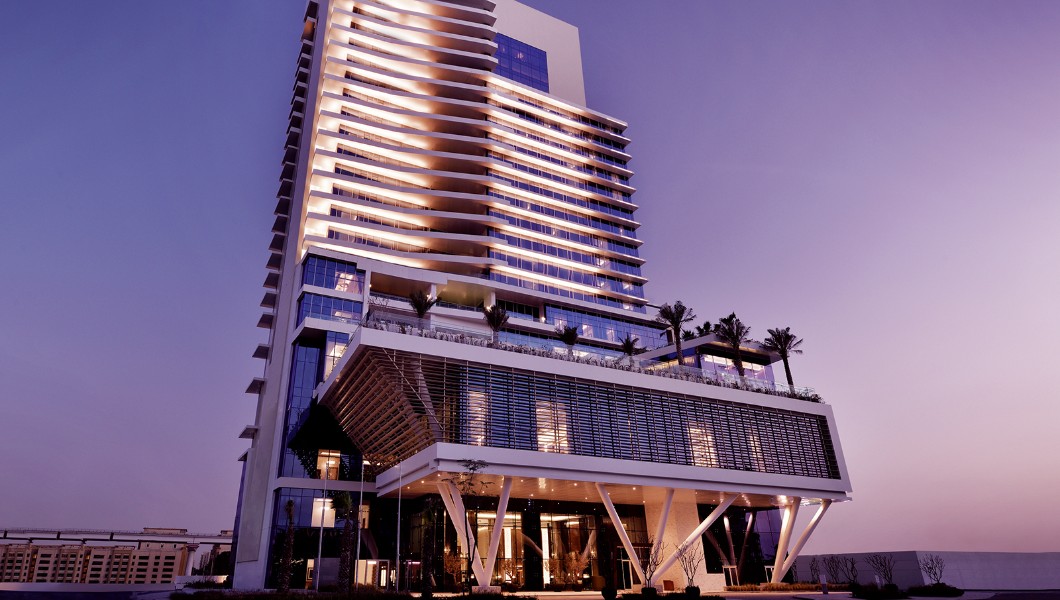 Save up to 30 per cent on a staycation in Dubai and create an unforgettable summer experience at Grand Plaza Mövenpick Media City. Whether you’re looking to relax or explore the sights of Dubai, the longer you stay, the more you save.

Book for two nights and receive 15 per cent off, three nights and it’s 20 per cent off, four nights and you’ll pay 25 per cent less and with five nights you make a massive 30 per cent saving, plus daily breakfast, free WiFi and a $20 restaurant voucher per stay. Use the promo code STAYNSAVE when booking online. From AED 395 ($108) per night.