Towering over the streets of admiralty on Hong Kong Island, The Upper House marked the start of a new era of design-driven lifestyle hotels when it opened 11 years ago, courtesy of Hong Kong design genius André Fu. More than a decade later, Fun – king of understated minimal design – has returned to the hotel to create his own signature residence, the André Fu Suite, and breathe new life into its signature restaurant, which has re-emerged from a major transformation as Salisterra. 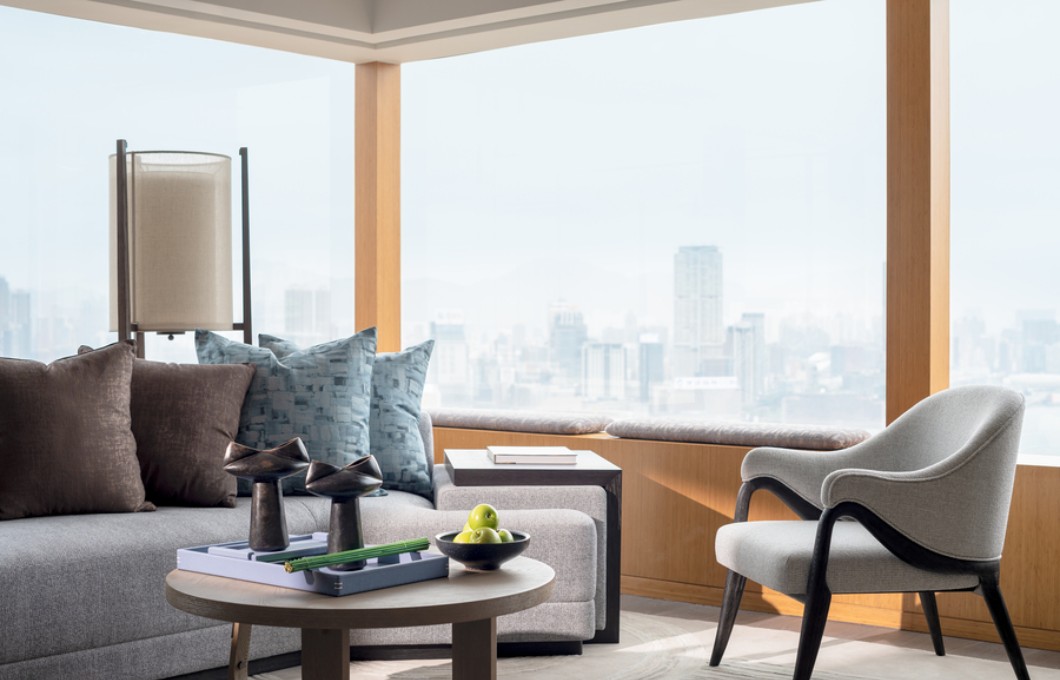 Situated on the lofty Level 48, the André Fu Suite is the epitome of pared-back luxury for would-be taipans: an elegant and airy space daubed in splashes of mineral blue and dusky mint on a mostly ivory palette, complementing the bamboo-clad walls and panels that frame jaw-dropping views of Hong Kong skyline. Formerly a two-bed penthouse, the second bedroom has been converted to an 18-seater dining room, and the second bathroom has been transformed into an in-suite spa treatment room. 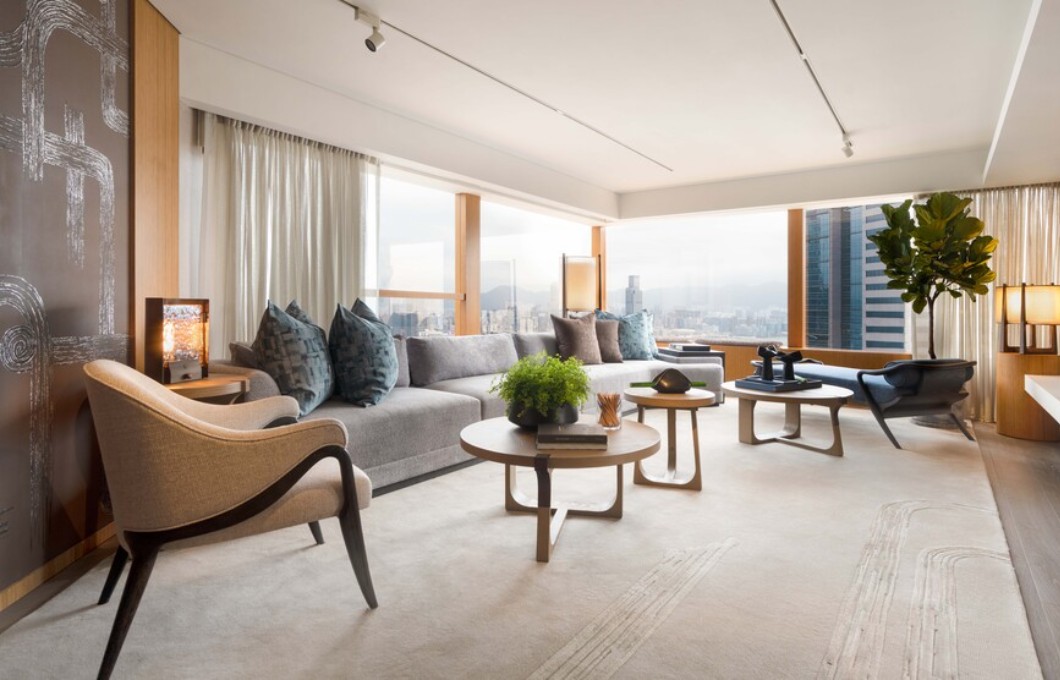 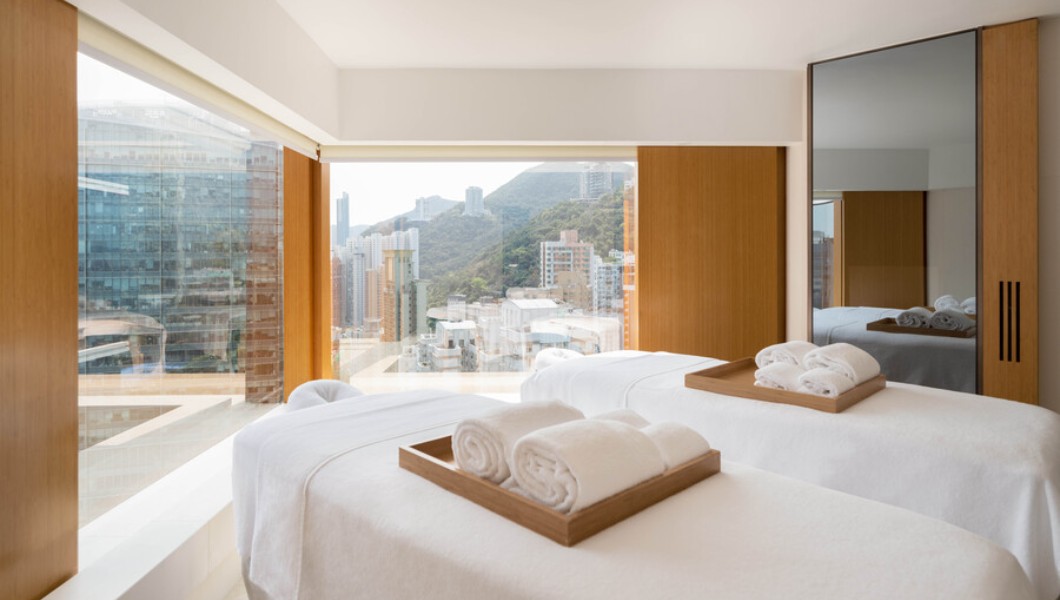 A collection of concept sketches from the original design and artisan books from Fu’s personal collection pay tribute to the designer’s long relationship with the hotel, while furnishings, lighting and accessories have been selected from his André Fu Living Collection. Rates for the suite start from HK$60,000 (approx. US $7,725) per night and include in-suite Champagne breakfast for two, a 90-minute spa treatment, return airport transfers and a gift from the André Fu Living Collection. 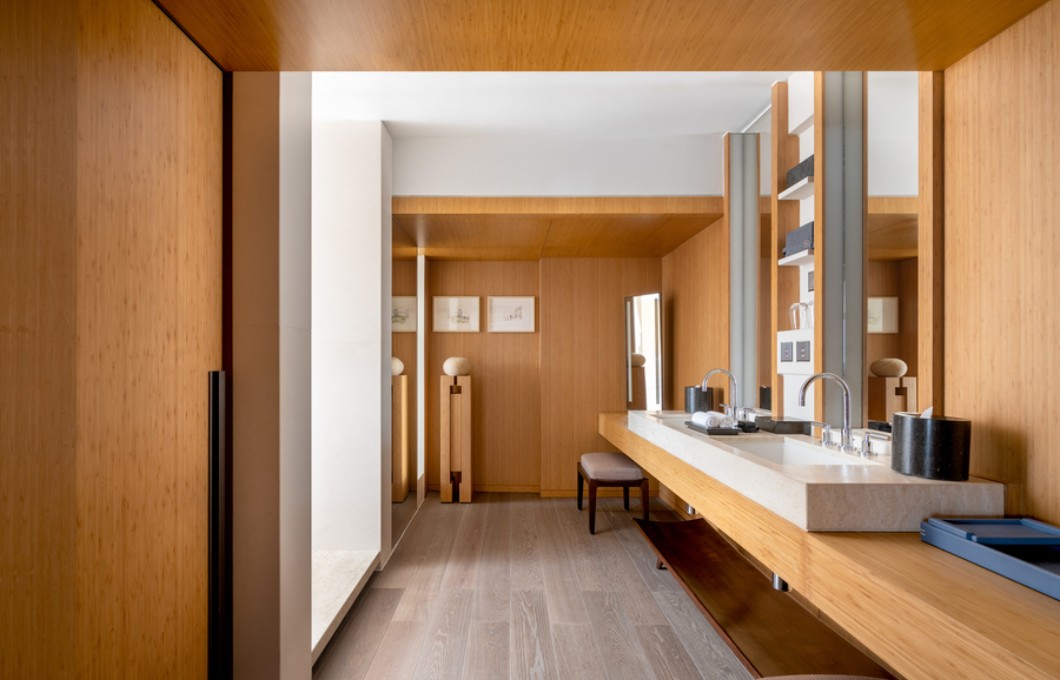 As well as the suite, Fu has overseen the creation of Salisterra, a new dining concept created in collaboration with London-based Michelin-starred chef Jun Tanaka, who has taken inspiration from the coastal cuisine of France and Italy to create a menu of seasonal fare. Set beneath a five-metre chandelier adorned with dozens of glass lanterns, the restaurant is divided into five spaces each allocated their own vivid colour – terracotta orange, mud burgundy, mineral blue, dusty turquoise and golden caramel all set to the backdrop of superlative city views. 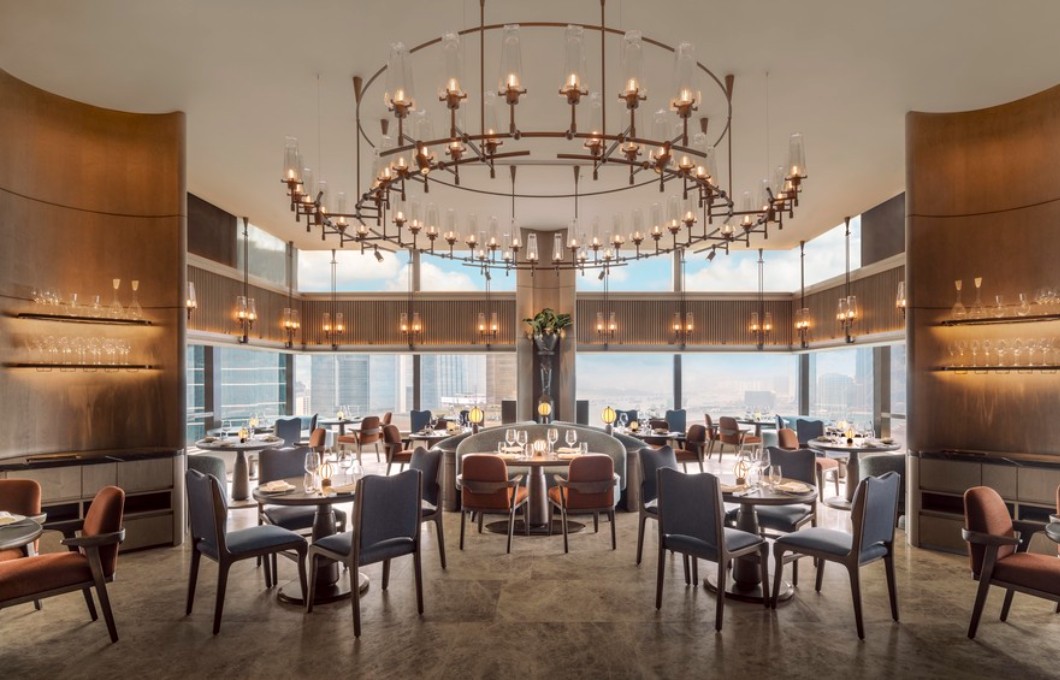