The gilded façades that line the Boulevard de la Croisette belong to some of the most prestigious hotels in Cannes. Behind their glitzy façades, these grande dames conceal some of the most expensive suites in the world, home-from-home from the studio heads, stars and investors that flock to the city during the Cannes Film Festival and the business titans, VIPs and heads of state that visit throughout the year. During the last year, two of the leading hotels in town - Hôtel Martinez, part of The Unbound Collection by Hyatt, and Hotel Barrière Le Majestic Cannes - have unveiled sparkling new signature suites. 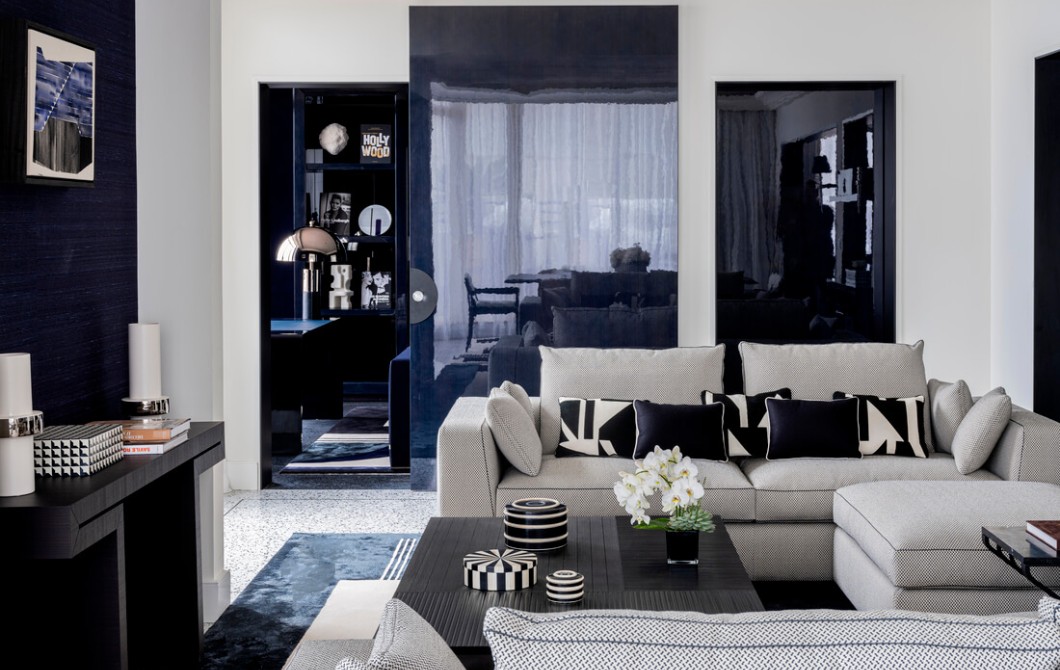 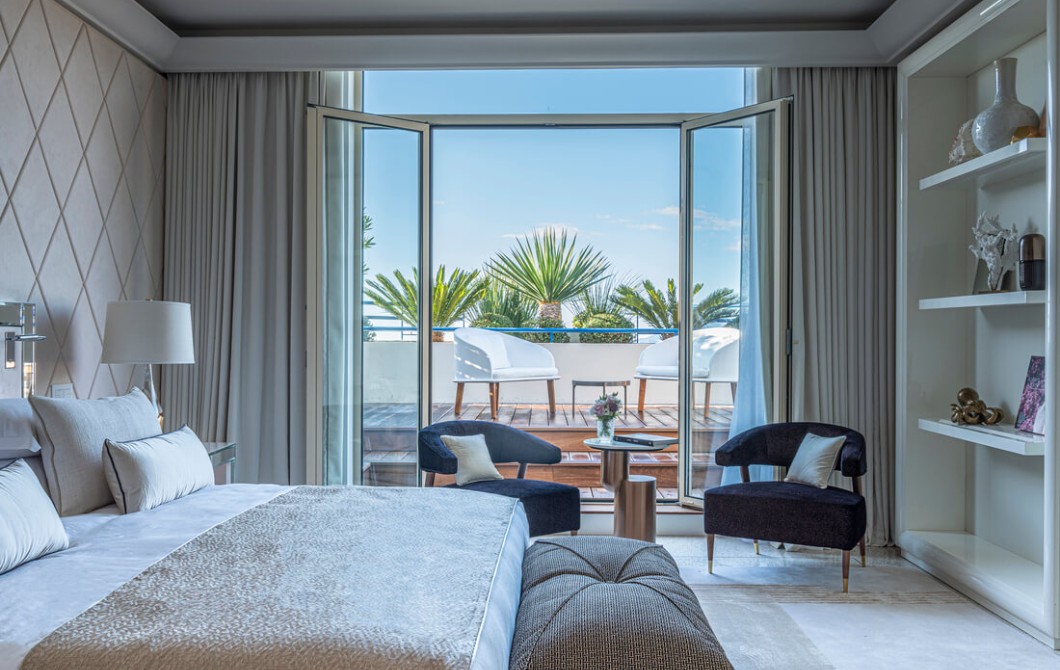 The Thierry Frémaux Apartment captures the magic of cinema, with black and white décor that recalls the Art Deco style of the 1920s and vintage film reels; while the Isabelle Huppert Apartment takes a softer approach, with shades of cream and gold that reflect the warm Riviera sunshine. Both suites can be connected to form one of the largest penthouse suites in Europe, a palatial abode that covers 1,250 square metres of indoor and outdoor space overlooking the Bay of Cannes, including a dramatic terrace beneath the iconic Art Deco Hôtel Martinez sign. 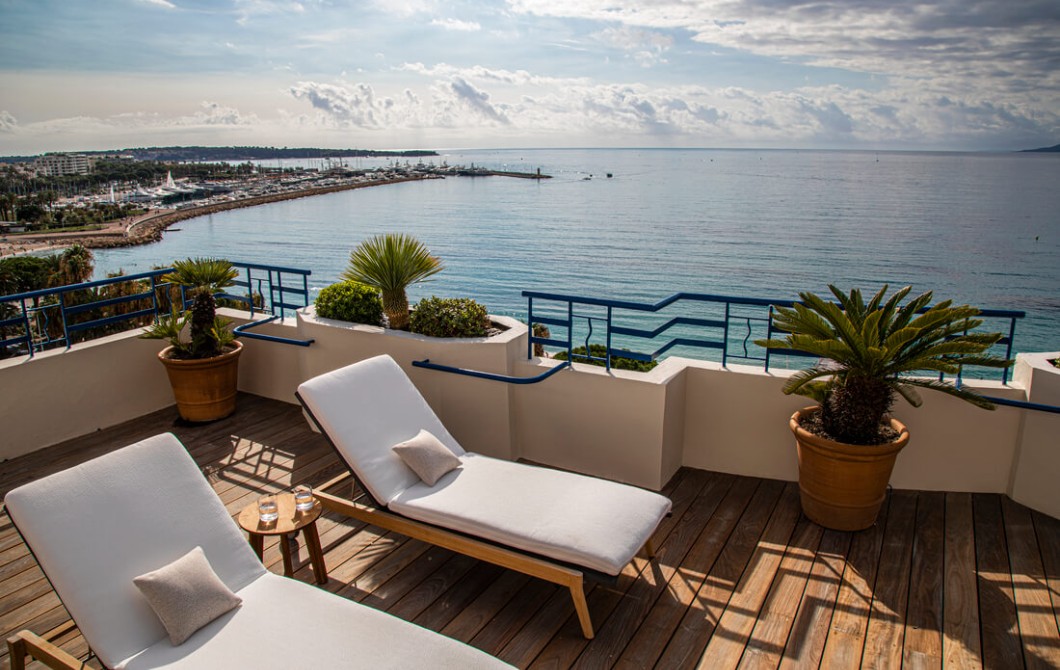 Further along the Croisette, Le Majestic has elevated its collection with a trio of signature suites: Escale, Horizon and Balancine. Escale (meaning port of call) and Horizon both span 280 sqm and boast private terraces overlooking the Lérins islands across the bay, while Balancine, which is the French word for the line that controls the boom of a yacht, features two bedrooms flanking a large lounge and a wide outdoor terrace covering 170 sqm. 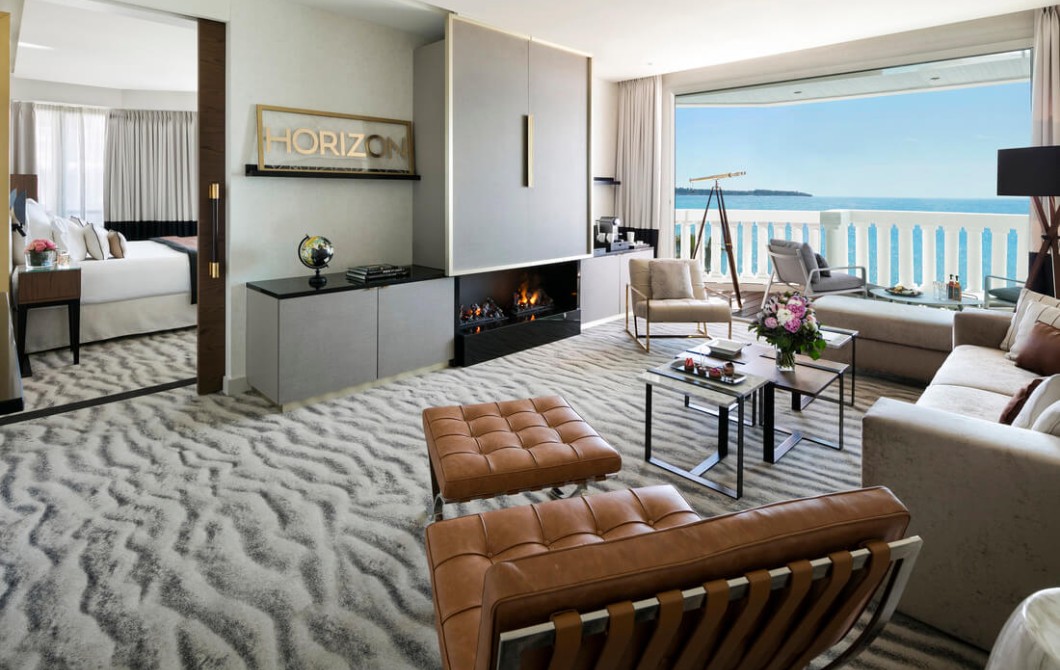 Interior architect Chantal Peyrat has infused the suites with playful touches that pay tribute to the world of ocean travel - a vintage telescope on a wooden tripod, a leather and brass headboard criss-crossed with ropes and artwork made from back-lit sails - and a colour palette in shades of beige, bronze and driftwood that evokes the essence of life at sea. 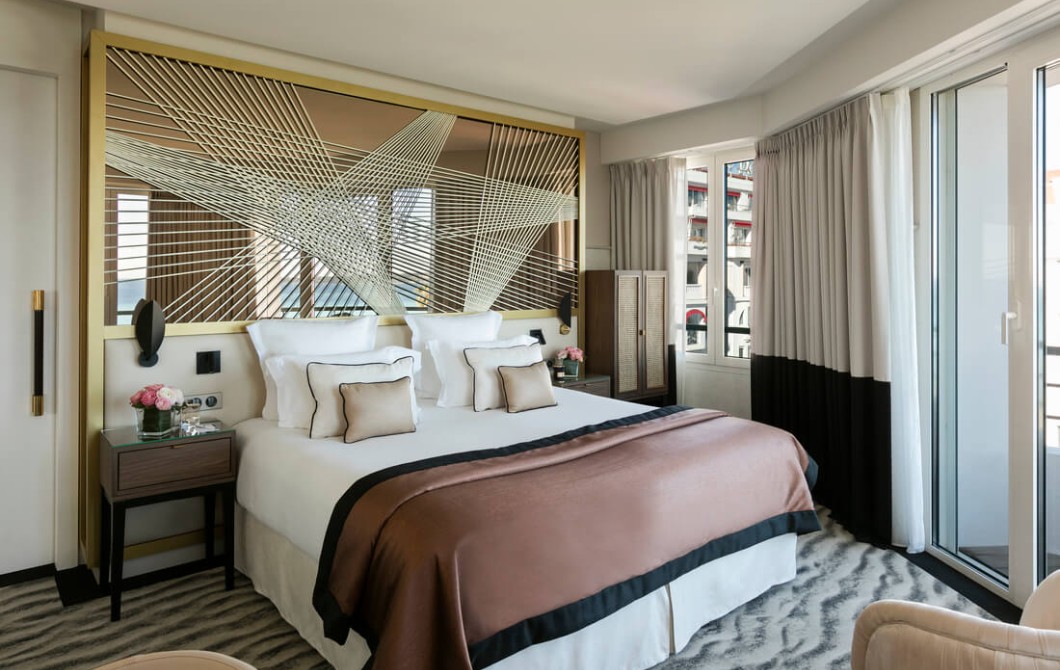 The three new suites complement the five existing signature suites at Le Majestic, including the 600 sqm Majestic Penthouse and its rooftop swimming pool, and the gorgeous Christian Dior Penthouse. 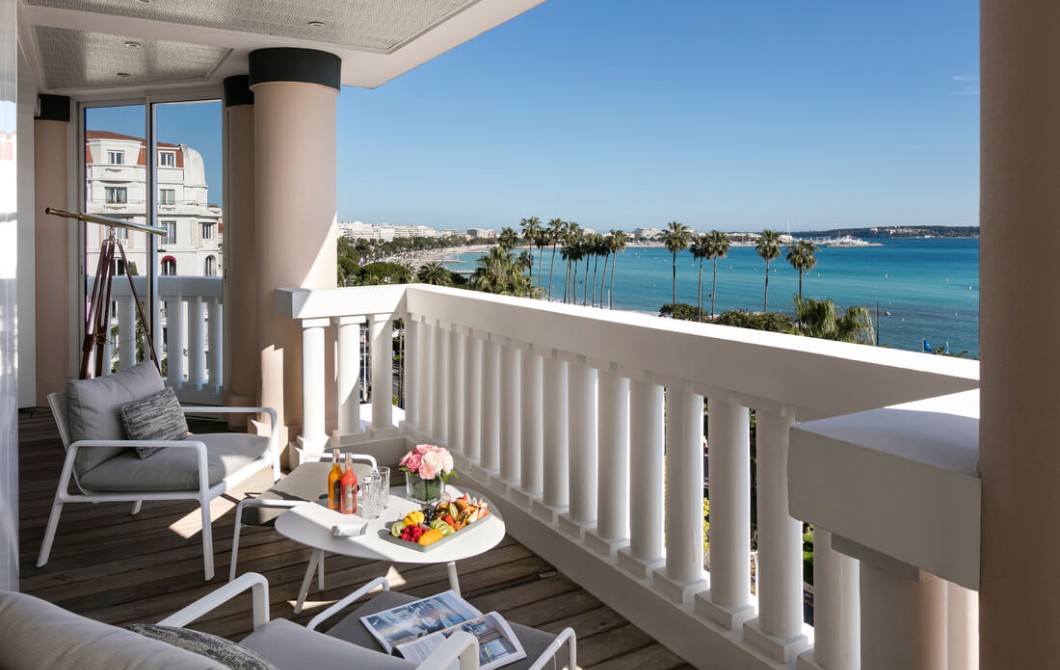 Between the two hotels, the InterContinental Carlton Cannes is currently closed for a major renovation, but the iconic Croisette address will no doubt bring a new selection of spell-binding suites and residences to the destination when it reopens in May 2023, just in time for the film festival.