Filled with adventure at every turn, Batumi is the perfect city getaway for inquisitive minds

Known as the jewel of Georgia, the cosmopolitan coastal city of Batumi splices boulevards and beaches with UNESCO heritage sites and contemporary architecture, making it rich pickings for curious travellers with an appetite for adventure

A city on the shores of the Black Sea, with a backdrop of snow-capped mountains, Batumi is fast becoming one of Georgia’s – and Europe’s – most vibrant and exhilarating traveller destinations, recently announced as Europe’s Leading Emerging Tourism Destination 2022. 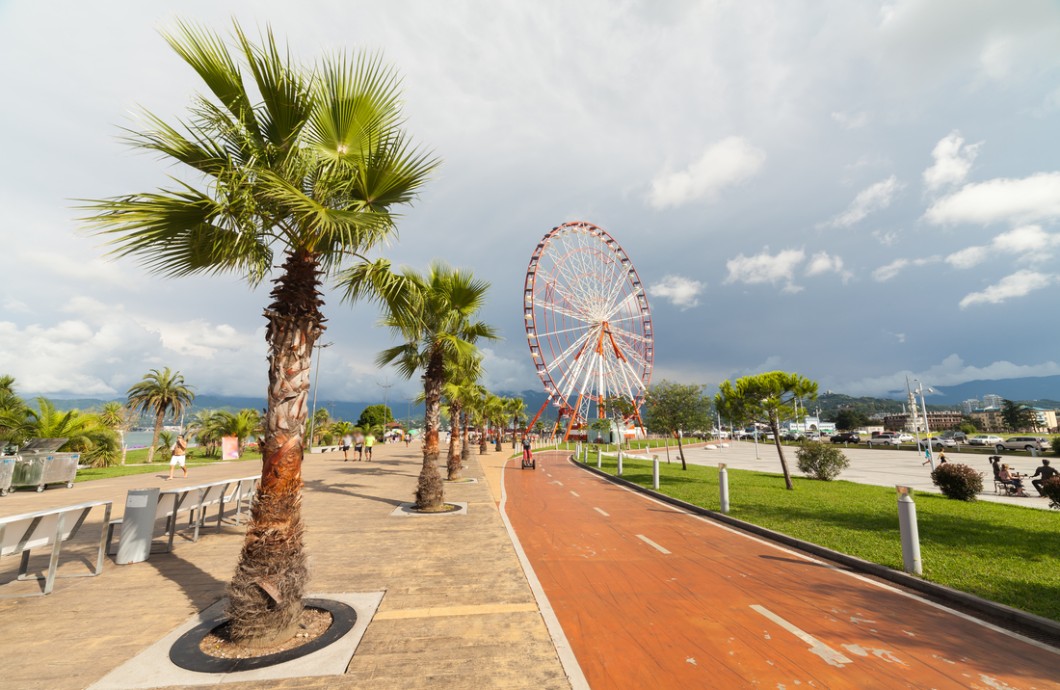 The capital of the Adjara region is filled with belle époque architecture, with many buildings dating back to the 19th century when Batumi was an important port along the route from Europe to the Caspian Sea. The skyline of the now thriving cosmopolitan hub is being transformed with new hotels and glistening towers, creating a scintillating concoction where old world meets new. 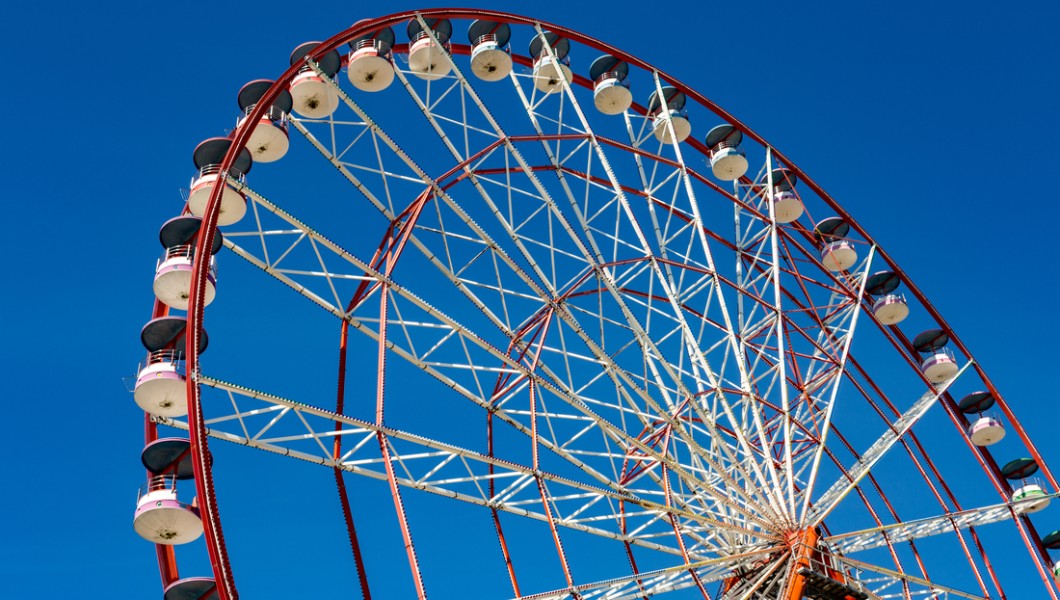 It’s the perfect gateway to explore some of Georgia’s new UNESCO World Heritage sites, whilst also immersing oneself in everything ‘new’ Batumi has to offer, from the beaches and bicycle paths along Batumi Boulevard, to the verdant and vibrant sights at the Botanical Gardens and Batumi Lighthouse, to the neon world of fun that awaits after dark aboard the Ferris Wheel at Miracle Park. Let beautiful Batumi pique your senses as you discover why it’s nicknamed the Pearl of the Black Sea... 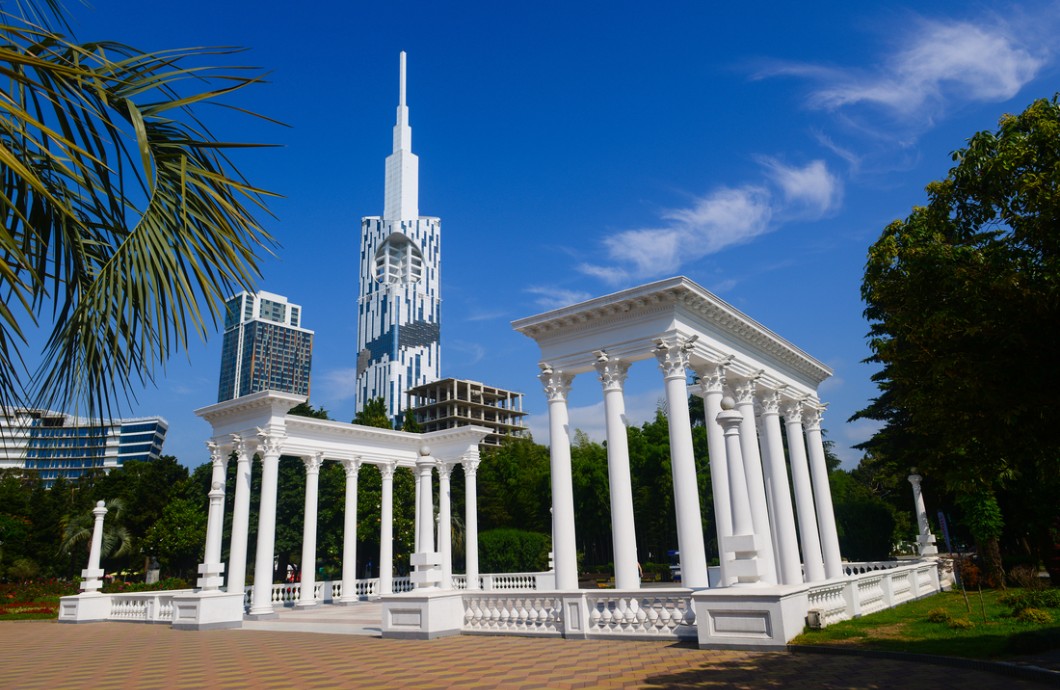 These elegant Greek-style colonnades were actually inspired by Italy and have been one of the city’s most popular sights since they were erected in 1934. They can be found sitting pretty at the end of Batumi Boulevard, where they once acted as the gateway to the sea, but are now flanked by a beautiful park, with Batumi Boulevard – which is one of the world's longest boulevards at eight kilometres – stretching along the sea towards Miracle Park and Alphabetic Tower at the other end. Whether you sunbathe, ride your bike or stop and have a picnic, the Boulevard has a beat all of its own. 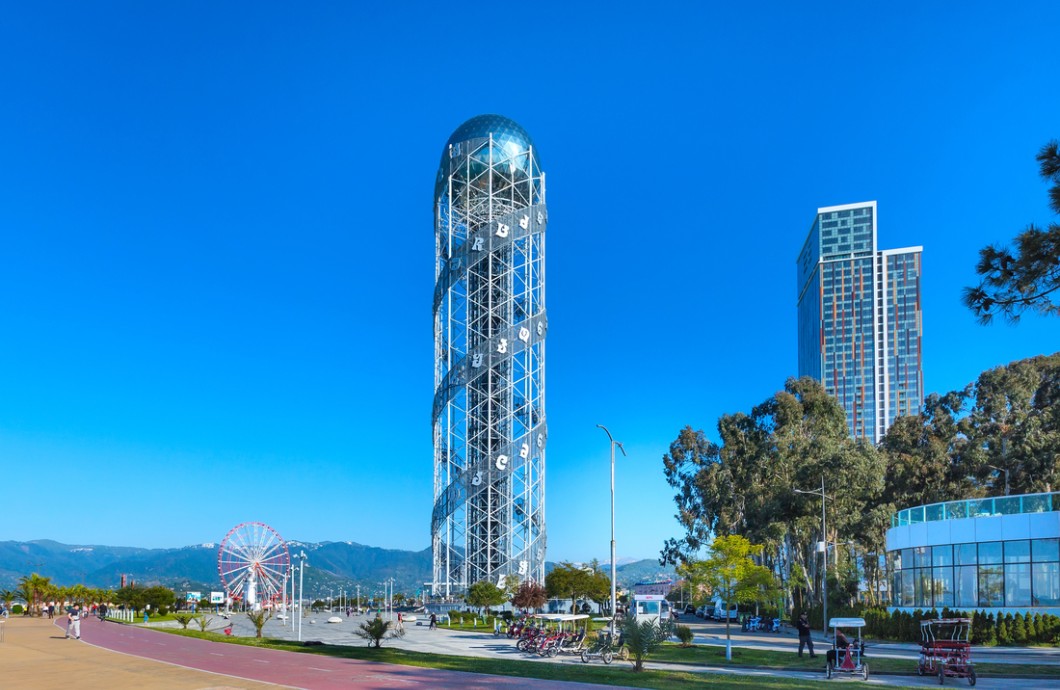 Created in 1912 by the prominent botanist and geographer Andrey Krasnov, Batumi’s Botanical Garden now boasts one of the widest varieties of flora in the world, and is located along the coast between the river Chakvistskali estuary and the Green Cape. It’s home to almost 2,000 different plant species from around the world, represented in nine different zones, with a 125-year-old large-flowering Magnolia tree stealing the limelight. When your feet get tired from walking, find a bench, put them up and simply admire these views...

3. THE VIEW FROM UP HERE 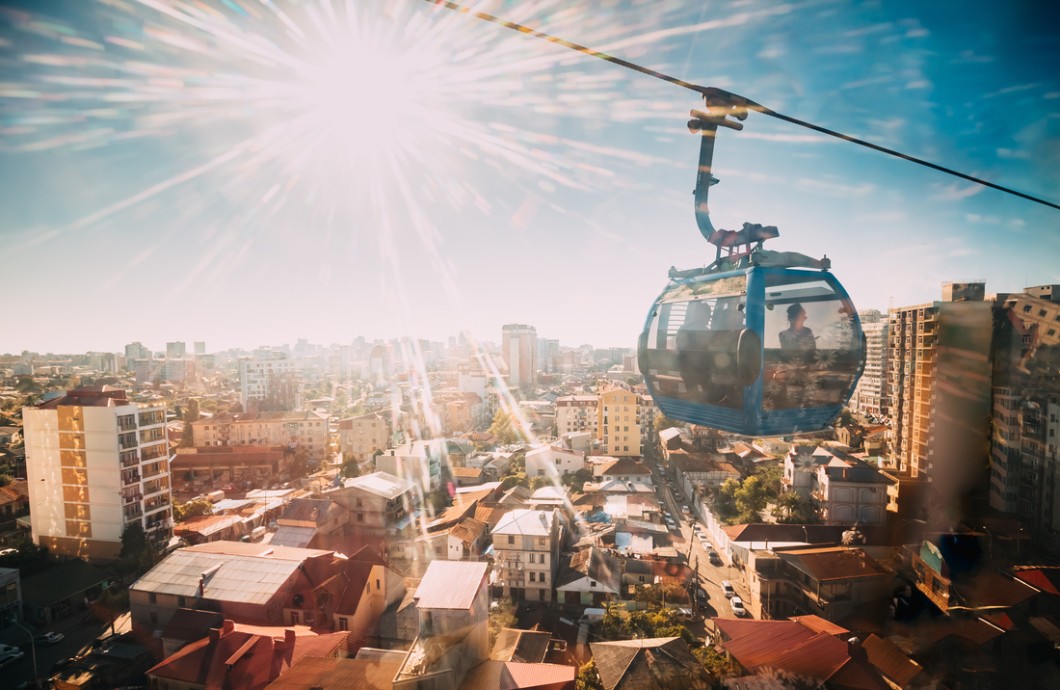 A brilliant way to get a unique vantage point from which to witness the city, Batumi’s Argo Cable Car connects the sea with the mountains. Sidling up 250 metres above sea level, the views play out over the city and sea beyond. You’ll also find restaurants, cafés and roof terraces at Center Argo, from where you’ll catch the cable car, which is designed to represent a ship and its sail in homage of the boat Jason and the Argonauts sailed in to Kolkhida. The ride is just 10 minutes long, but worth every second to soak up the spectacular views of Batumi city sitting at the foot of Anuria Mountain. 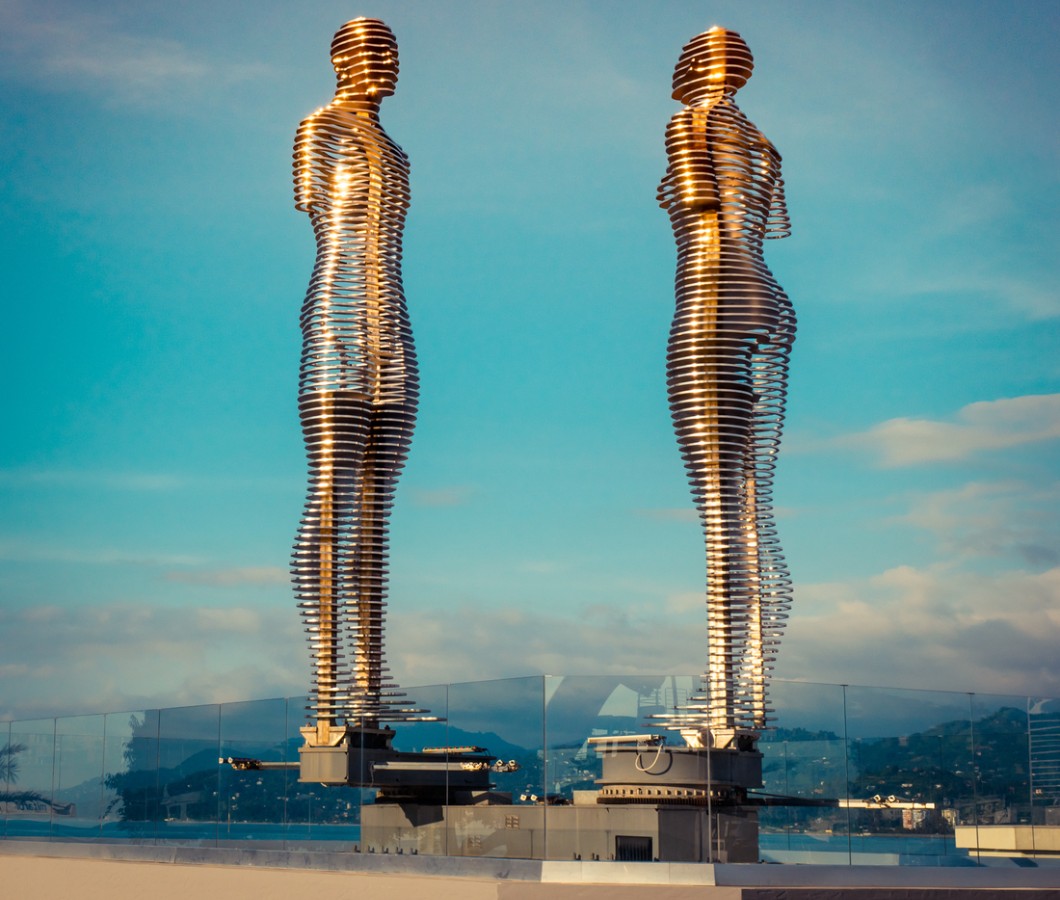 Batumi is spliced with interesting open-air sculptures that pepper its walkways and parks. The beach-facing monument Where is designed by well-known French artist Jean Dupuy, but it’s the sculpture of Ali and Nino that is probably the best-known. A reference to the famous novel, and designed by Georgian artist and sculptor Tamar Kvesitadze, the mechanical eight-metre sculpture rotates two figures of a man and a woman, bringing them closer together with every turn, and is regarded as a symbol of love and diversity. 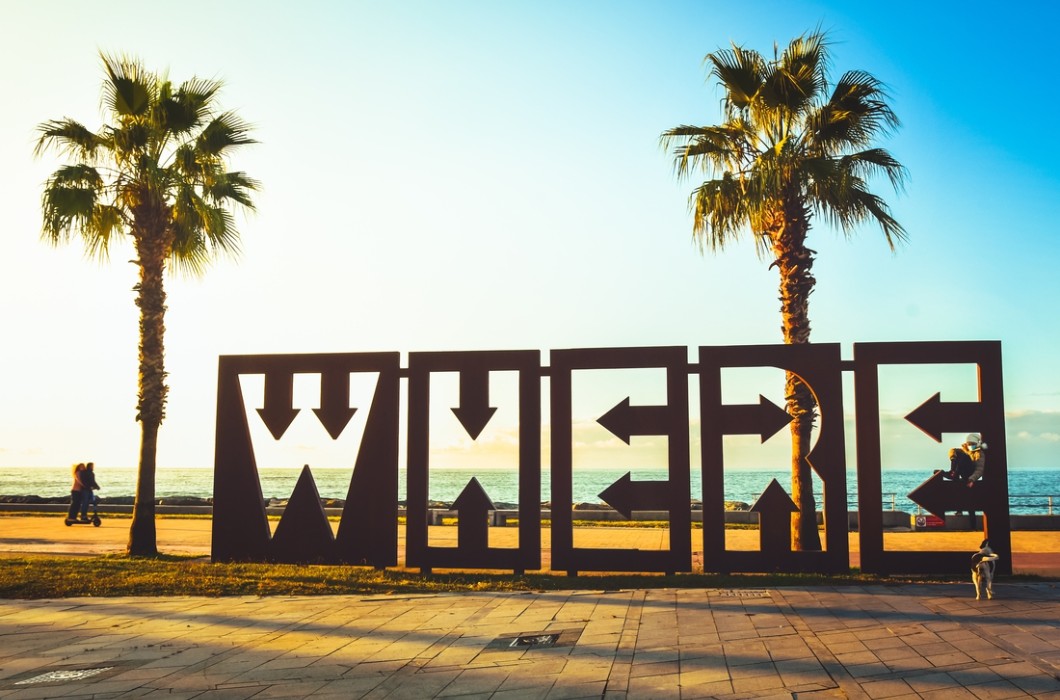 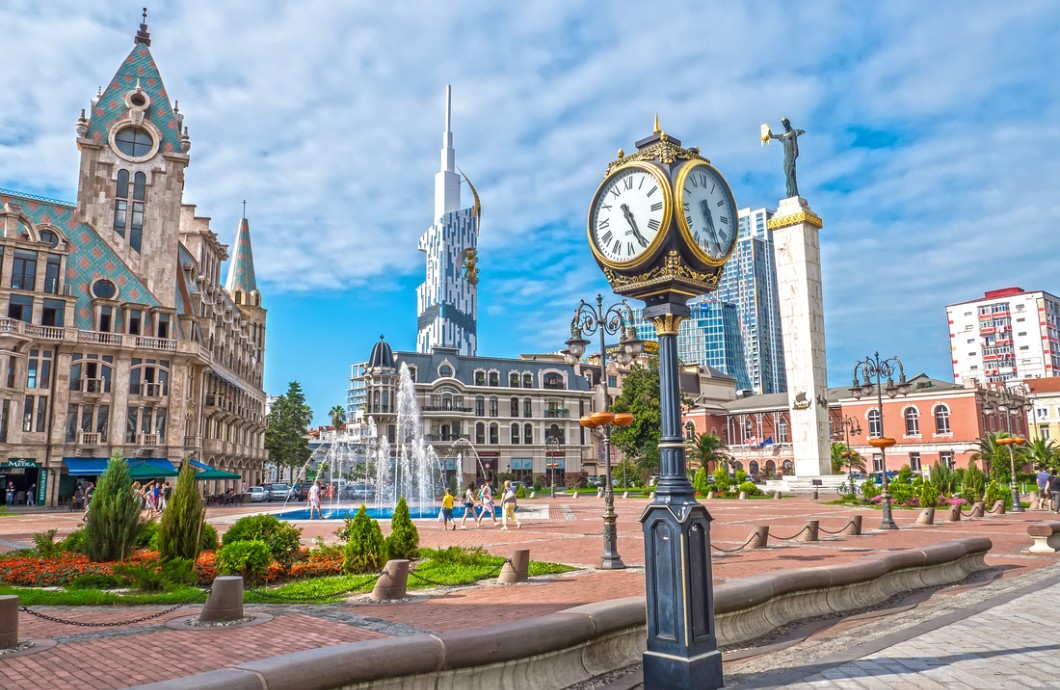 Don’t leave Batumi without a visit to Europe Square. Also called Era Square, it is surrounded by 19th-century and 20th-century architecture, and is the heart of the city, hosting multiple cultural and musical events throughout the year. The statue of Medea stands in the centre as a symbol of Georgia’s ancient ties to Europe, as well as a reminder of Georgia’s cultural connection to many ancient civilisations. There’s a fountain for kids to splash around in, and plenty of cosy restaurants and cafés to relax in whilst trying some local food.