This quirky lunch menu from the Titanic is going to auction

What’s on the menu? Titanic artefact to go on auction 30 years after wreckage of the “unsinkable” ship was discovered

Fancy some cockie leekie or corned ox tongue? How about Norwegian anchovies, or fillets of brill? These are just some of the items listed on a lunch menu that survived the ill-fated Titanic.

It’s been over a century since the ship’s first-class passengers were dining on bologna sausage and grilled mutton chops, while Jack and Rose played out their love story (at least in James Cameron’s version of events) and another raft of items are up for sale.

The menu, one of only three known to exist, is now expected to fetch around $70,000 in an online auction via auction website Invaluable, along with other relics, which have arrived in timely fashion. September 1 marked 30 years since researchers discovered the wreckage. 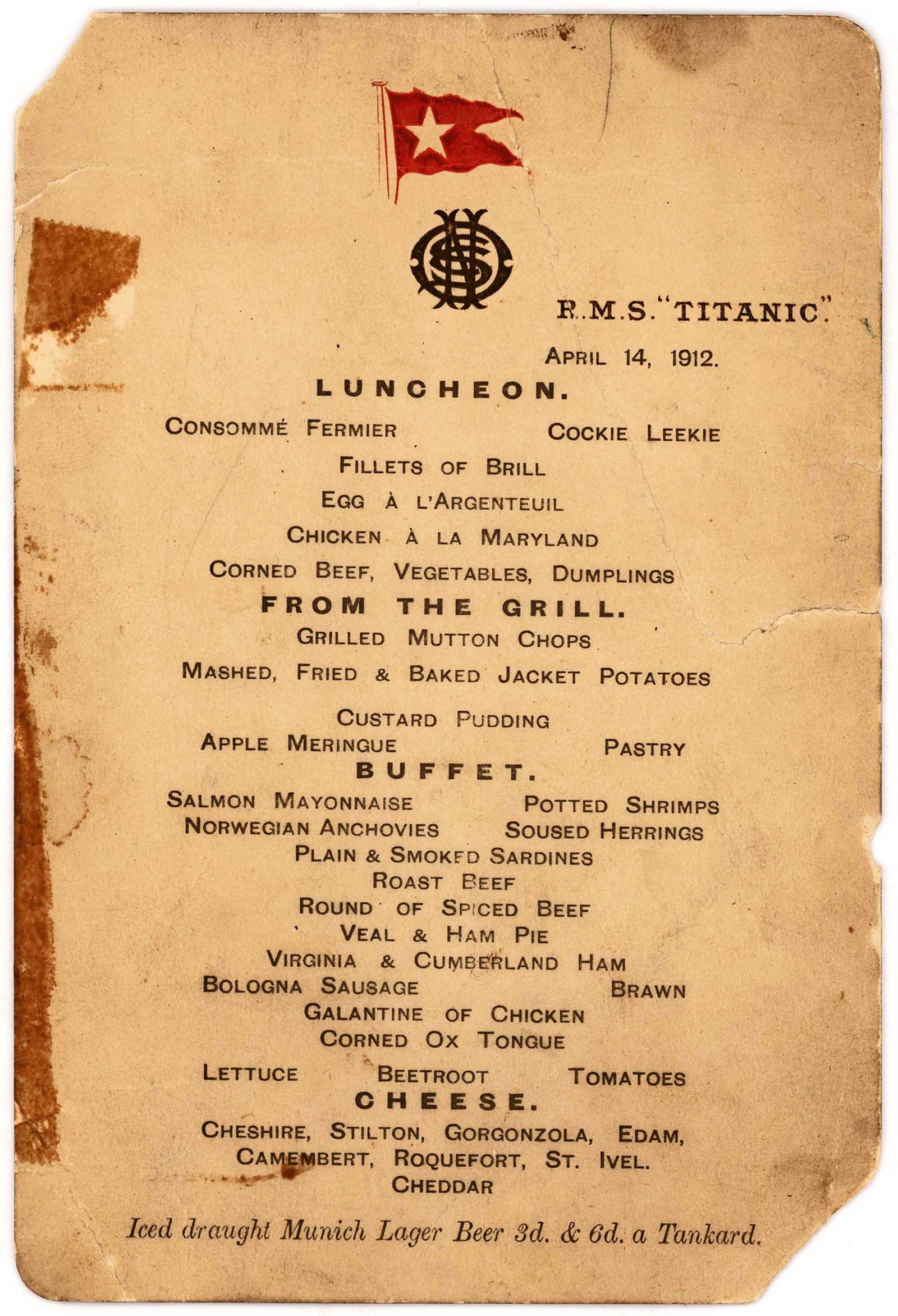 The menu will be sold alongside a letter from one of the ship's survivors and a ticket from the Titanic's Turkish baths weighing chair, used to measure a person's weight.

Stamped 14 April 1912 – just a day before the ship sank – and the White Star Line logo, the menu also included corned beef; mashed, fried and baked jacket potatoes; a buffet of fish, ham and beef; an apple meringue pastry; and a selection of eight cheeses.

"What makes these relics so collectable is that there is so few of them,” said David Lowenherz, owner of Lion Heart Autographs who is behind the auction.

“Almost everything and almost all the people went down with the ship. So anybody who was rescued could really only take what they had stuffed into their pockets. And for someone to think of having a menu from their last lunch aboard the Titanic, and either intentionally or coincidentally put it into their pocket and take with, them is unusual.” 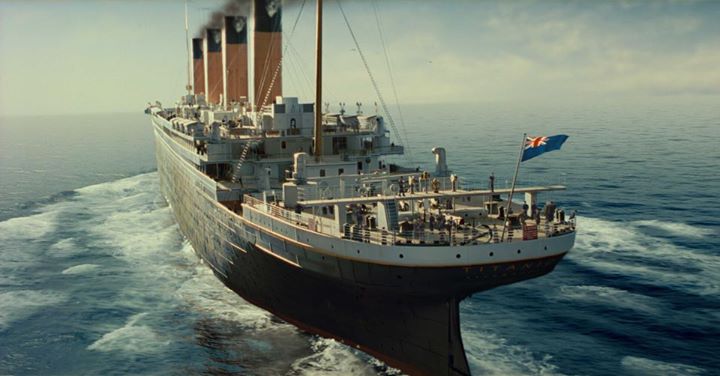 Pictured: renderings of the Titanic from James Cameron's 1997 movie of the same name