Lapped by the Andaman Sea and shaded by ancient jungle, The Ritz-Carlton, Langkawi has opened on Malaysia’s paradisiacal island destination with 70 guest rooms, 15 suites and 29 villas, each with subtle references to Malay architecture. The accommodations’ design has taken the surrounding nature into consideration with architectural lines in the guest rooms integrating the jungle just outside and overwater villas boasting panoramic sea views. In addition to a Ritz Kids programme and locally inspired treatments at the spa, guests can also get a taste of the nation’s culture with visits to local markets and on-site beach performances of tarian payang, a traditional gesture of thanks for the natural bounty. For a more literal taste, the hotel’s Langkawi Kitchen will include Malay cuisine on the menu.

The harbour city has said “bienvenue” to Accor’s Sofitel Sydney Darling Harbour, which opens its doors on October 6, swathing the brand’s signature French Art de Vivre across the 35-floor hotel – the tallest building in the revitalised Darling Harbour precinct. With 590 luxurious rooms, including 35 lavish suites such as the 112sqm Bellerive Suite, guests staying in a luxury room club or suites from level 28 and above can access the exclusive Club Millésime lounge on the 35th floor. It wouldn’t be French without l’experience gastronomique with Atelier by Sofitel offering fine dining. There’s also a glamorous Champagne Bar, and more premium champagnes and wines, as well as tempting gourmet bites at the chic Riviera-style bar at the hotel’s rooftop infinity pool, which enjoys sweeping harbour views.

With an industrial-luxe aesthetic, Dubai’s newest lifestyle hotel from Marriott’s ever-expanding collection of properties will unquestionably be one of the hottest openings this year. Situated within walking distance of the Burj Khalifa and vaunting the city’s famed skyline and incredible canal views, the F&B is a highlight with Iron Chef Masaharu Morimoto making his Dubai debut with an eponymous restaurant (set for December), while chef and restaurateur David Myers will open two eateries later this month: Basta! and Bleu Blanc. Contemporary rooms showcase Arabic touches – such as luxe Amouage amenities – while floor-to-ceiling windows make the most of the spectacular urban-landscape views. Add to that an infinity pool and the city’s first Six Senses Spa (also opening in December) on level five, and you have a winning – and most welcome – addition to the luxury hospitality scene. 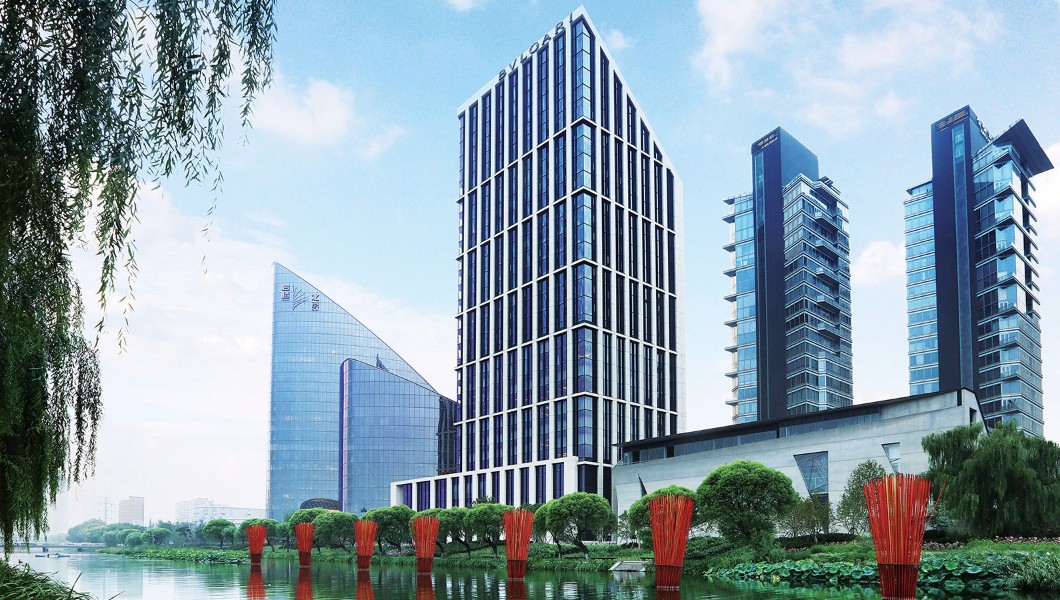 The ultra-luxe hospitality brand has opened its fourth property, entering China with The Bulgari Hotel Beijing, an “urban resort” within the capital city’s elite Embassy District. Set within the new Genesis Complex, sharing space with tranquil gardens along the Liangma River and the Genesis Art Foundation, the building was designed by Antonio Citterio Patricia Viel to complement the creation of a high-end Bulgari jewel. Italian style incorporated with the Chinese destination is found in the 119 guest rooms and suites, which boast exceptional Italian lifestyle brands throughout their décor. In addition to laying claim to one of the city’s largest suites, the hotel also features a 1,500sqm Bulgari Spa with an ancient-Rome-inspired pool, and contemporary Italian dining led by Michelin-starred-chef Niko Romito at Il Ristorante.