DEBUT: Be the first to bed down here...

From Cancun to Cairo, Melbourne to Mexico, these brand new hotels make for perfect spring bedfellows 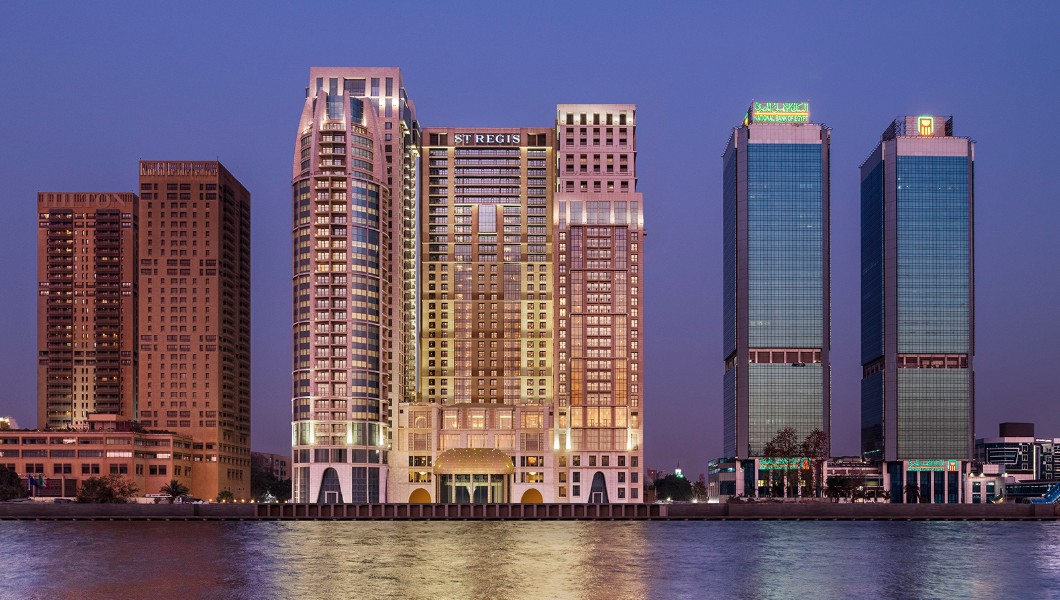 In Cairo, there is an old proverb that states that if you drink from the waters of the Nile, you are destined to one day return to the city. For seasoned travellers, the opening of The St. Regis Cairo is a much more compelling reason to return to the Egyptian capital. Set on the banks of the river at the northern end of the Corniche, the 39-storey hotel is the perfect spot from which to gaze at the world’s longest river and the endless parade of vessels that ply its waters. 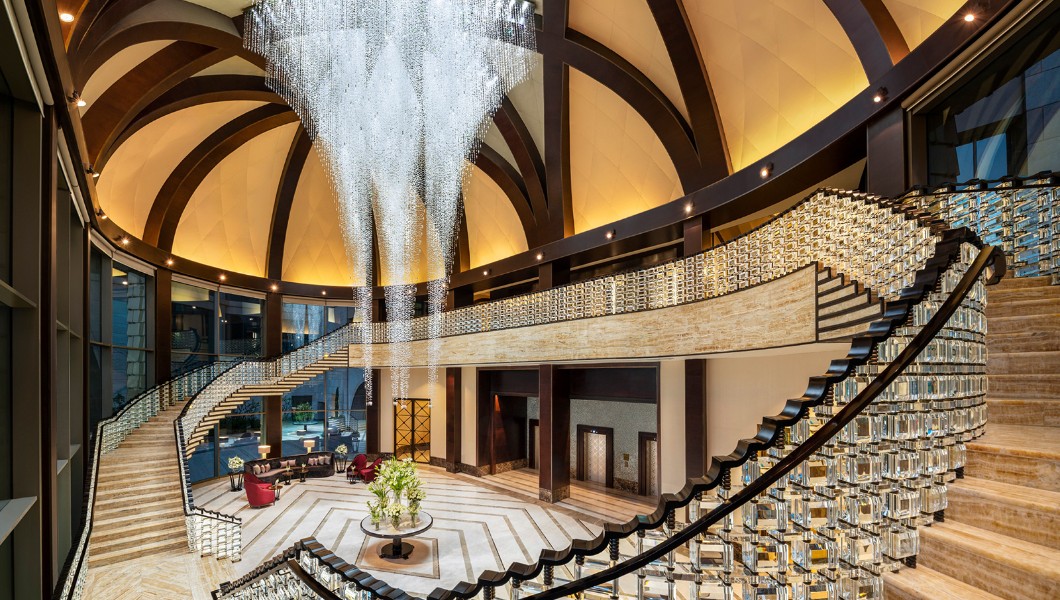 Interiors are courtesy of New York architect Michael Graves, who has imbued the 286 rooms and suites and 80 residential apartments with elements that pay tribute to Egyptian culture and heritage, such as subtle papyrus patterns in the wallcoverings, dark woods, rich textures and intricate embroidery throughout. Three Royal Suites are the epitome of luxury lodgings, with dedicated fitness room and sauna, private media room, fully-equipped kitchen and dining room with panoramic views of the Nile, and two beautifully appointed bedrooms with marble-clad bathrooms featuring mosaic walls. All rooms and suites benefit from the St Regis Butler service. Food-wise, there are eight restaurants and bars, from Southern Italian cuisine at La Zisa to Asian fare at Tianma and afternoon tea at The Water Garden. 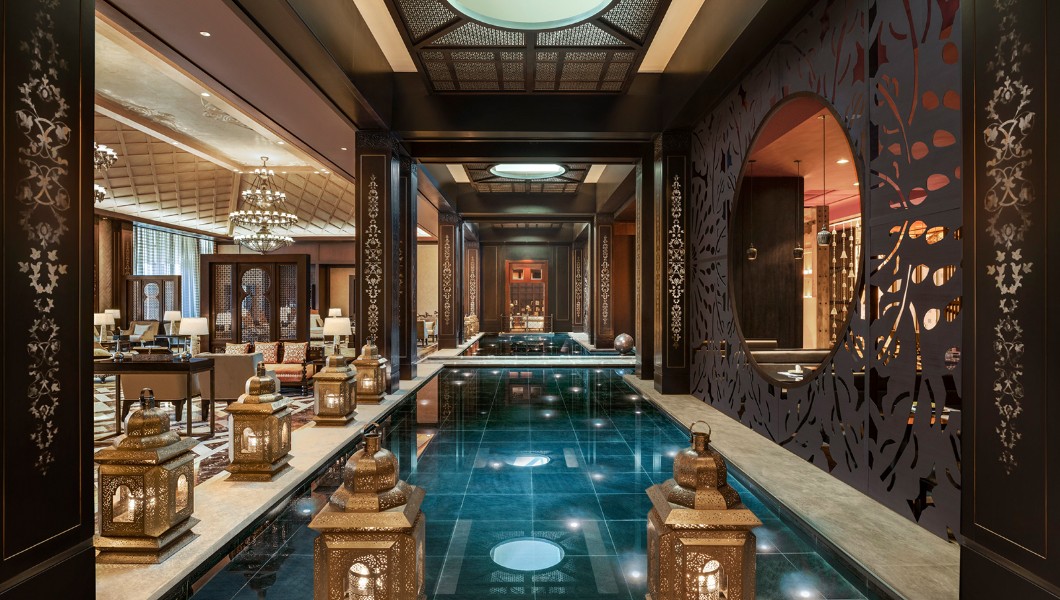 All rooms and suites benefit from the St Regis Butler service. Food-wise, there are eight restaurants and bars, from Southern Italian cuisine at La Zisa to Asian fare at Tianma and afternoon tea at The Water Garden. 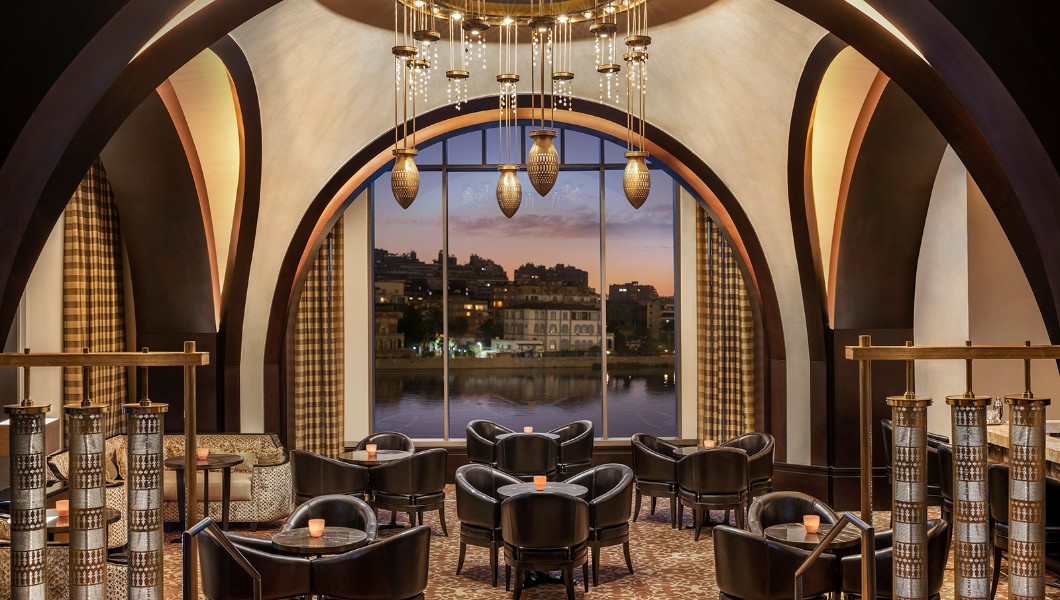 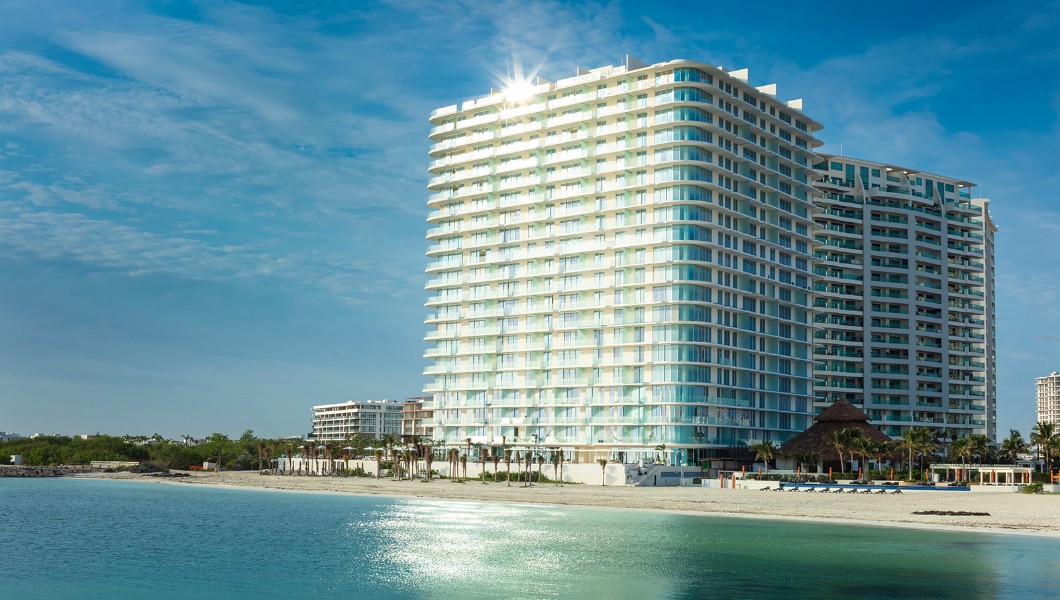 Synonymous with fun-loving luxury, the SLS brand continues its march around the world with this gleaming new hotel in Cancun, perched on the edge of the Caribbean in the ultra-luxury Novo Cancun gated community. The exclusive enclave sits on 250 metres of beachfront with its own beach club and marina, and guests have access to an 18-hole Tom Weiskopf-designed golf course, as well as a vast array of shops, restaurants and cinemas. Imagined by Milan-based architect and designer Piero Lissoni – the man behind The Middle House in Shanghai and the Conservatorium Hotel in Amsterdam, amongst others – the 45-room hotel is adorned with artworks, antiques and local craftsmanship that blend local culture with American and European sensibilities. SLS’s signature Ciel Spa will offer treatments including endermologie, massages and anti-ageing facials available at indoor or outdoor treatment rooms, while Chef Jose Icardi brings his unique Argentine fusion cuisine to Leynia. Lissoni’s touch will also be evident in the designer residences, which will boast spacious Caribbean-view balconies and SLS service when they open later in the year. 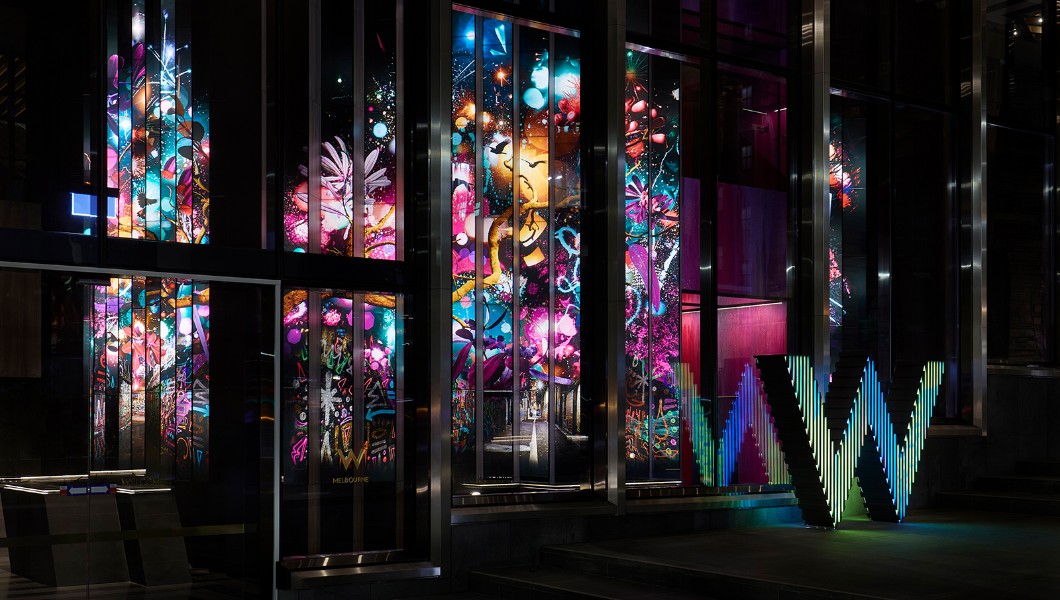 It’s hard to think of a more fitting destination for a W hotel than the Australian city of Melbourne, where culinary innovation, vibrant nightlife and contemporary culture come together to form one of the most exciting cities in the world. 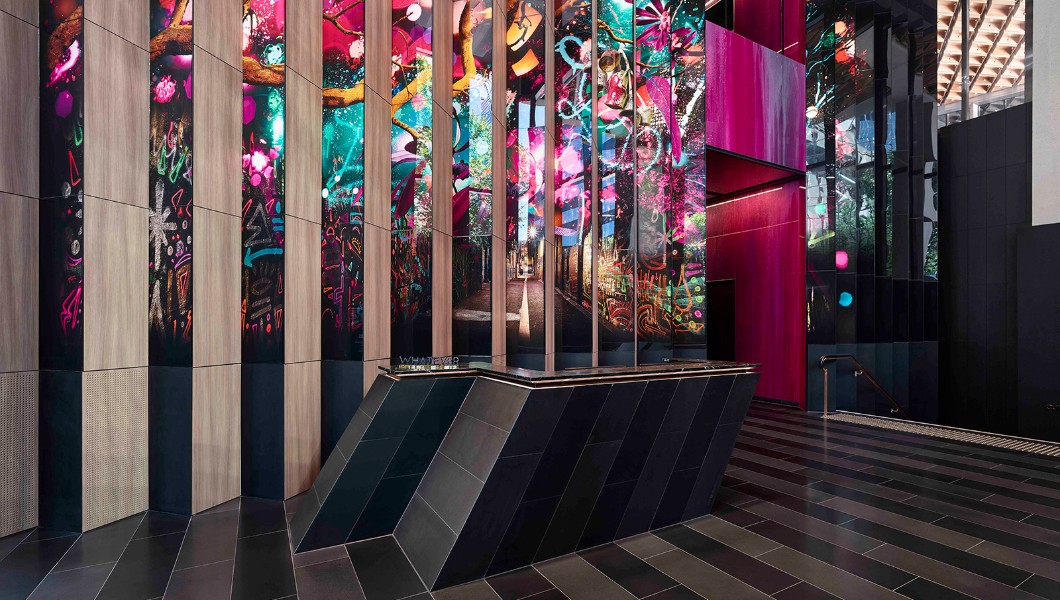 Enter W Melbourne,  an urban bolt-hole that brings 294 colourful guestrooms and 29 suites to Flinders Lane, the fashion, art and design hub at the centre of the city’s iconic laneways. The hotel features interiors by Australian design studio Hachem, taking inspiration from local themes including 1960s newspaper kiosks, native Australian birds and the city’s textile trading history. Wall panels peel back to reveal textured patterns and imagery beneath, and whimsical touches such as brightly-coloured, thick-woven blankets and an interactive music station inspired by an old-school jukebox (in the 15th floor Extreme Wow Suite) make the rooms playful and artistic. 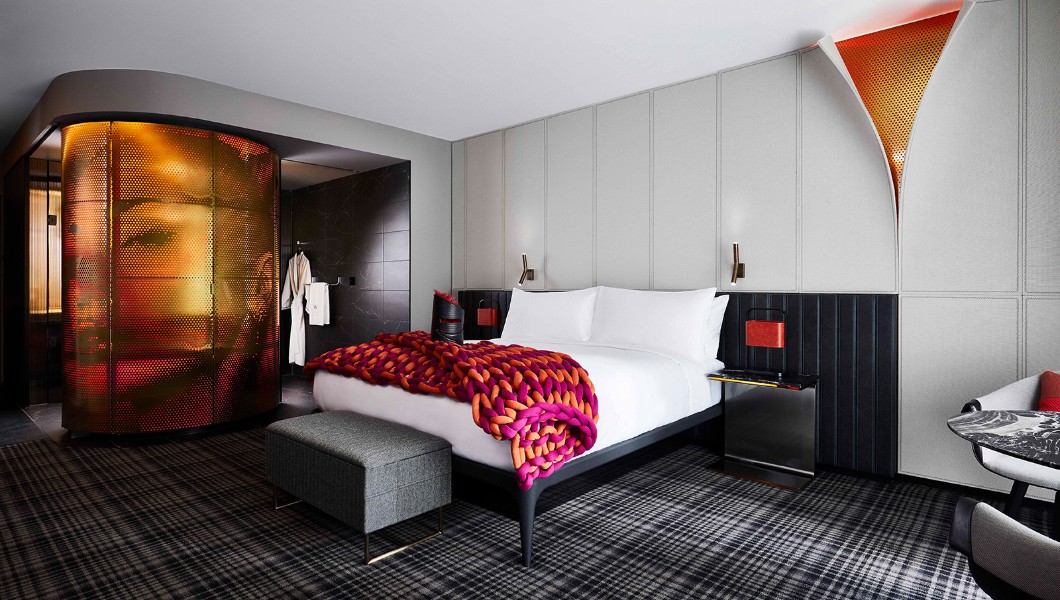 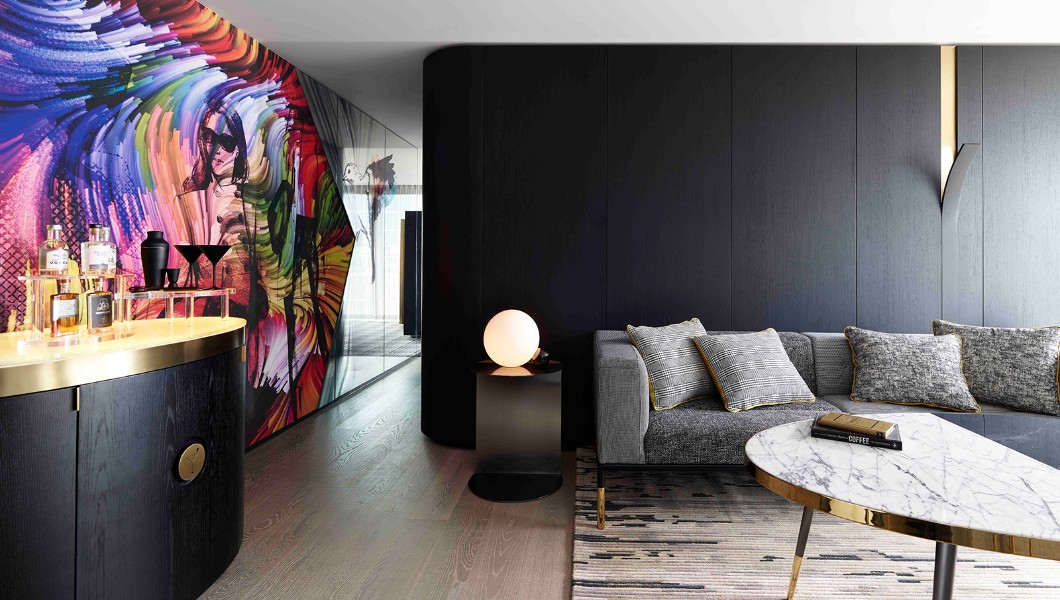 But the soul of this hotel lies in its wining-and-dining outlets, nowhere more so than cocktail lounge Curious. There’s also fresh seasonal Japanese cuisine at Warabi and all-day dining at Lollo, and a show-stopping floor-to-ceiling charcuterie display at Culprit. 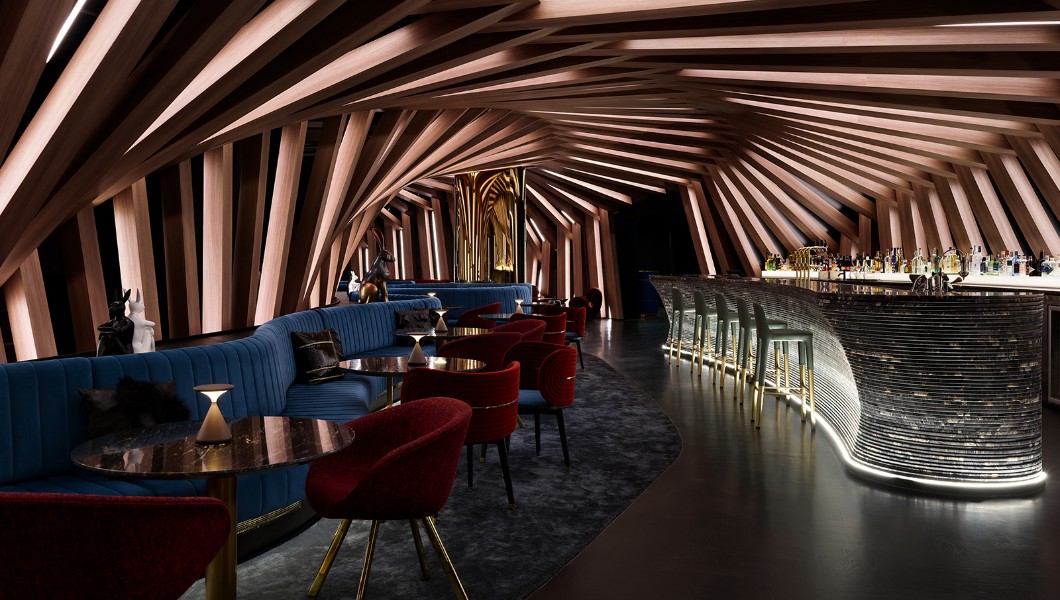 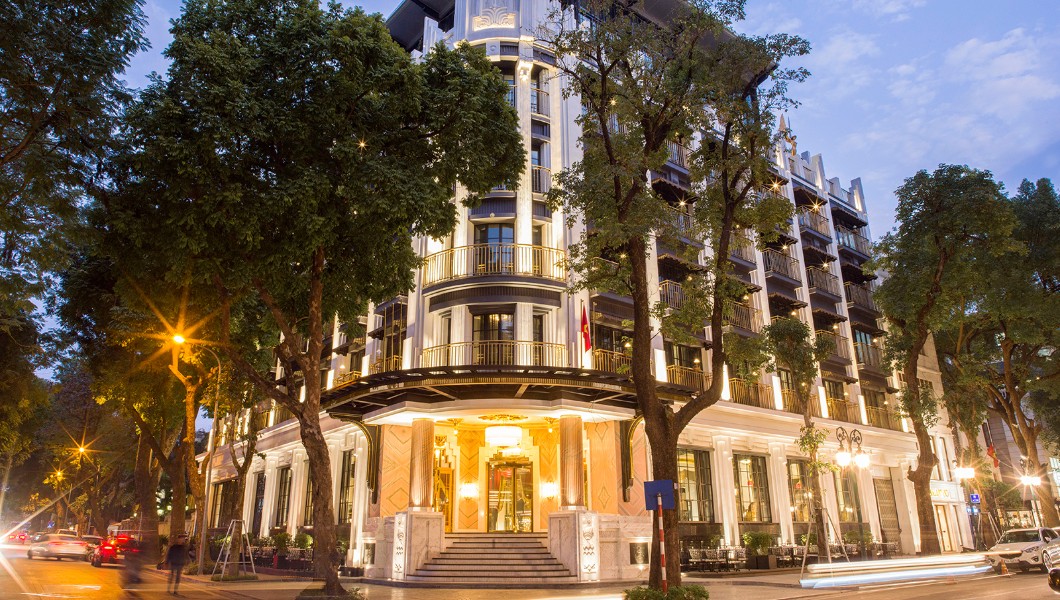 From its art nouveaux façade to the eclectic collection of antiques and paraphernalia within, Capella Hanoi pays tribute to an era when opera played a fundamental role in Hanoi society, and weekdays were spent in anticipation of the next big event at Hanoi Opera House. Just steps away from the iconic building in Hanoi’s Hoàn Kiêm or Old Quarter, the hotel has been reimagined from the ground up by legendary designer Bill Bensley, whose work on Capella Ubud in Bali earned him and the group numerous awards.

At Capella Hanoi, 47 fabulous rooms and suites are an homage to the world of the opera, each one boldly decorated in a base palette of blacks, whites, golds and blues, with bright bursts of colour capturing the drama of the opera and the signature colourful style of Bensley. The hotel is home to more than 1,000 pieces of operatic memorabilia and bespoke works by artist Kate Spencer, whose colourful paintings usually depict scenes from her twin homes of Sicily and the Caribbean, and public spaces – including dining venues Backstage and Diva’s Lounge – are peppered with set designs, stage costumes and vintage tableware. Capella Culturists have put together a collection of unique activities including  a lacquer-painting class with a local artisan and a tour of Vietnam’s only gin distillery, as part of its Capella Curates programme, bringing Hanoi’s colourful local culture to life for discerning visitors.