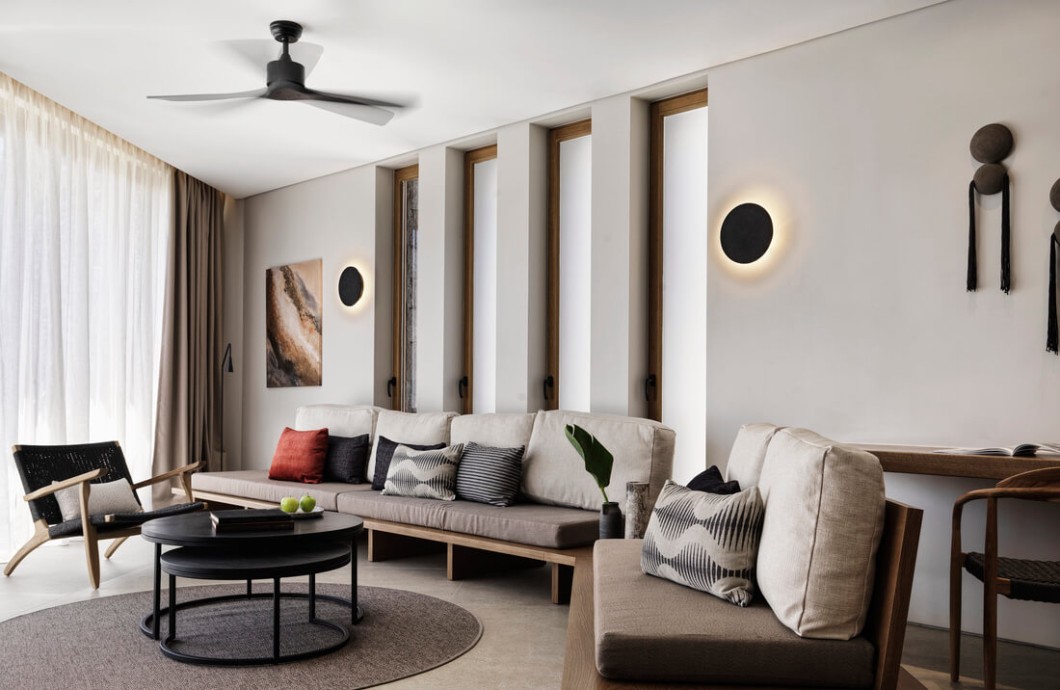 Hidden among the vineyards and lava stone slopes around Vourvoulos village, Magma Resort Santorini is a hilltop hideaway where the natural and built environments merge seamlessly. Clever designs by London-based architectural firm ELASTIC and homegrown Greek studio PEOPLE evoke traditional Cycladic architecture, with wood and black volcanic stone contrasting with minimal rustic chic interiors. White geometric buildings typical of the island are home to 59 guest rooms, most of which have private pools and hot tubs and all of which boast unobstructed views of the Aegean Sea. Inspired by ‘pezoules’, the traditional stone walled terraces where islanders cultivate fruit and veg on the steep slopes, the resort is dotted with indoor-outdoor spaces, covered walkways and subterranean realms including the moody Lava Spa. 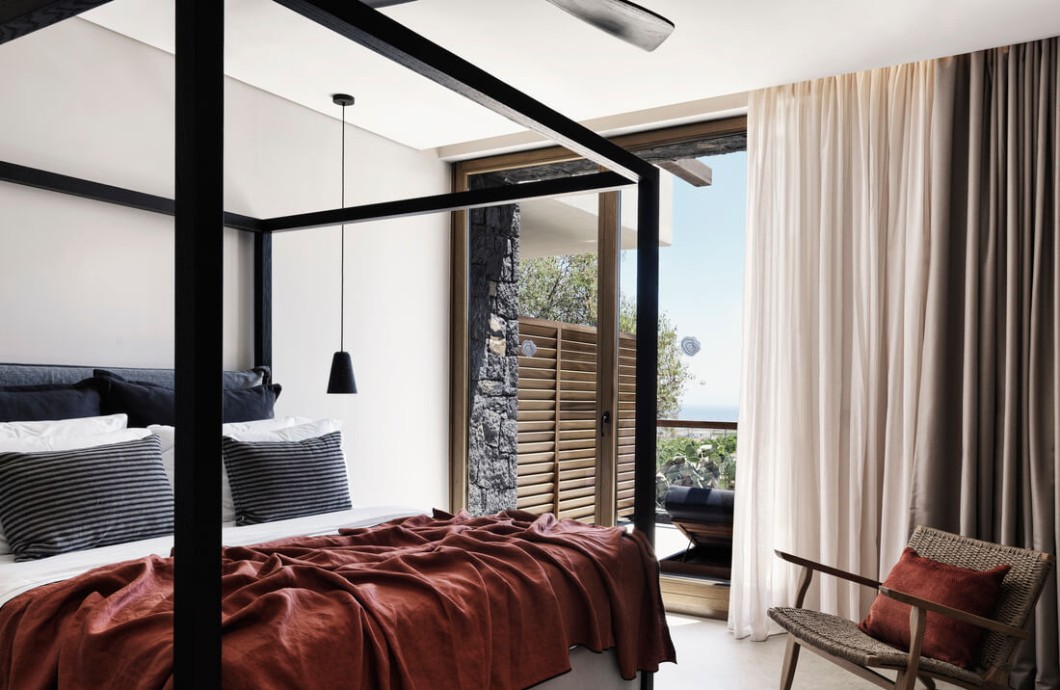 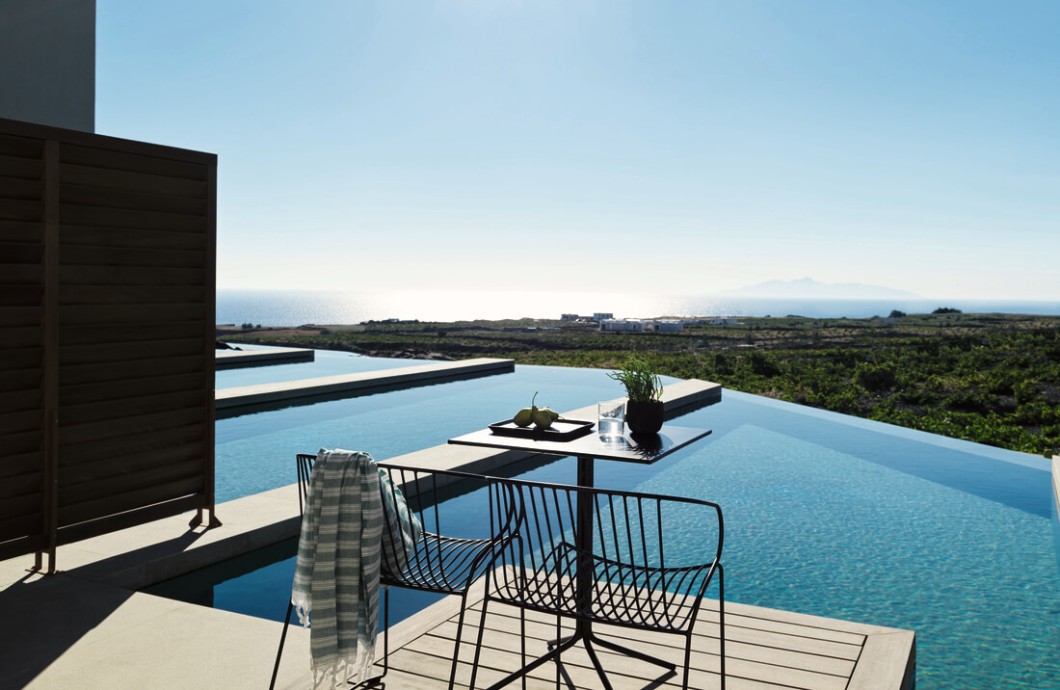 At the top of the resort, Magma by Spondi, helmed by chef Arnaud Bignon of two-Michelin-starred restaurant Spondi Athens, celebrates local produce and the island’s winemaking traditions with inventive contemporary fare and spectacular views. Magma Resort Santorini is the first Hyatt affiliated hotel in the Greek islands and the latest addition to Hyatt’s The Unbound Collection. 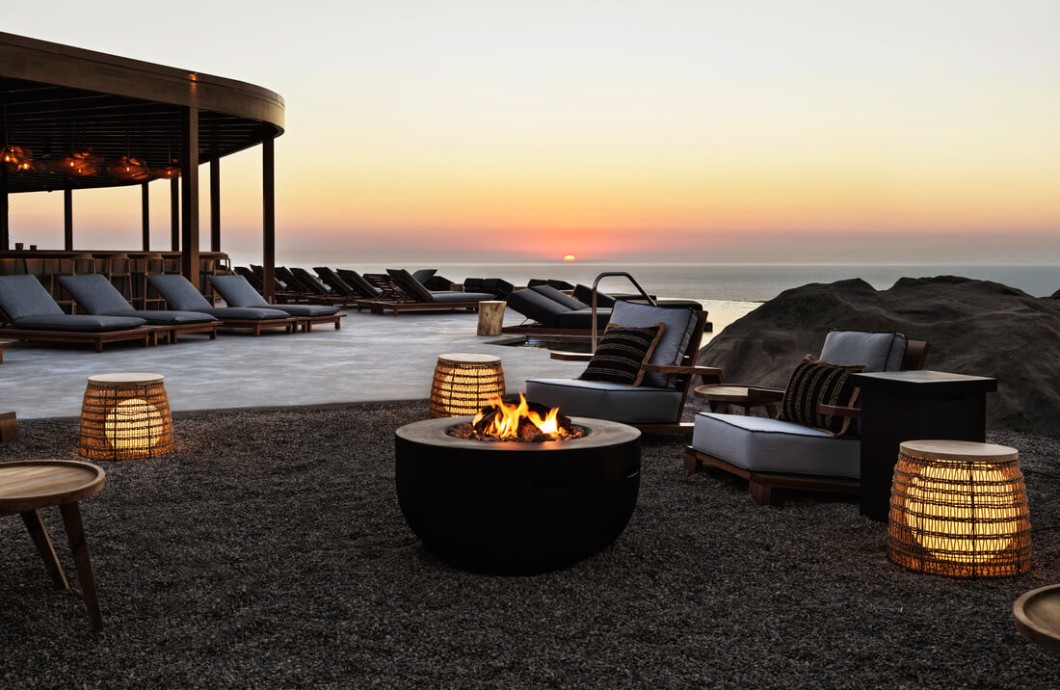 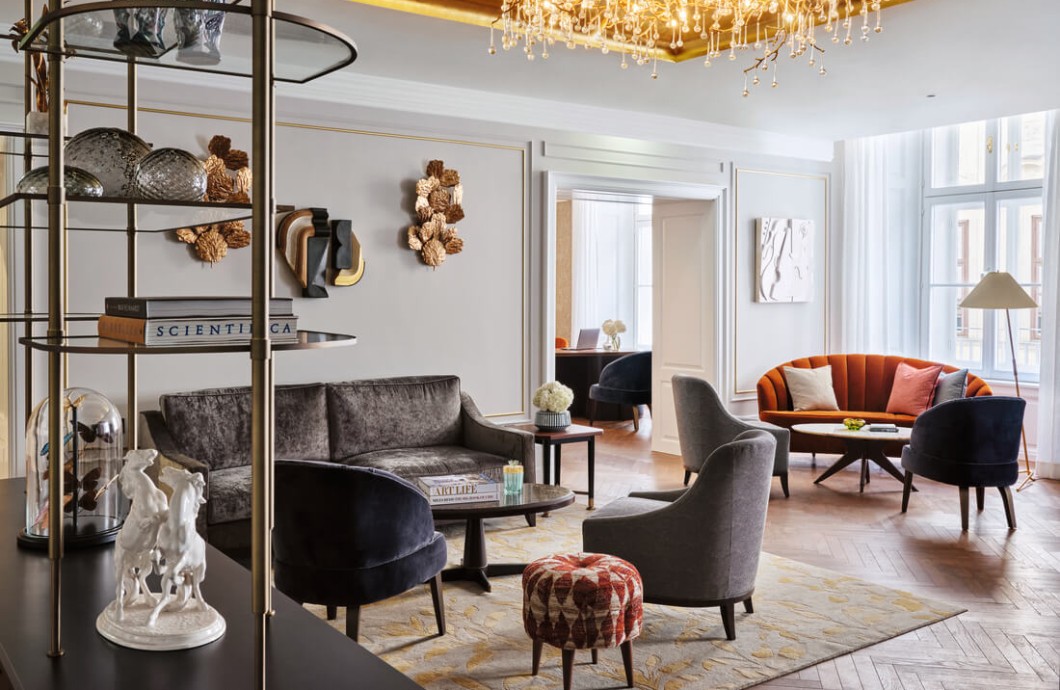 Behind a neoclassical façade in the heart of the Austrian capital, Rosewood Vienna brings a dash of timeless elegance to one of Europe’s most stylish cities. Situated in the former headquarters of one of Europe’s largest financial institutions directly opposite St. Peter’s Catholic Church, the hotel is home to 71 guestrooms and 28 suites designed by London-based design studio Alexander Waterworth, among which can be found the apartment where Wolfgang Amadeus Mozart once lived. 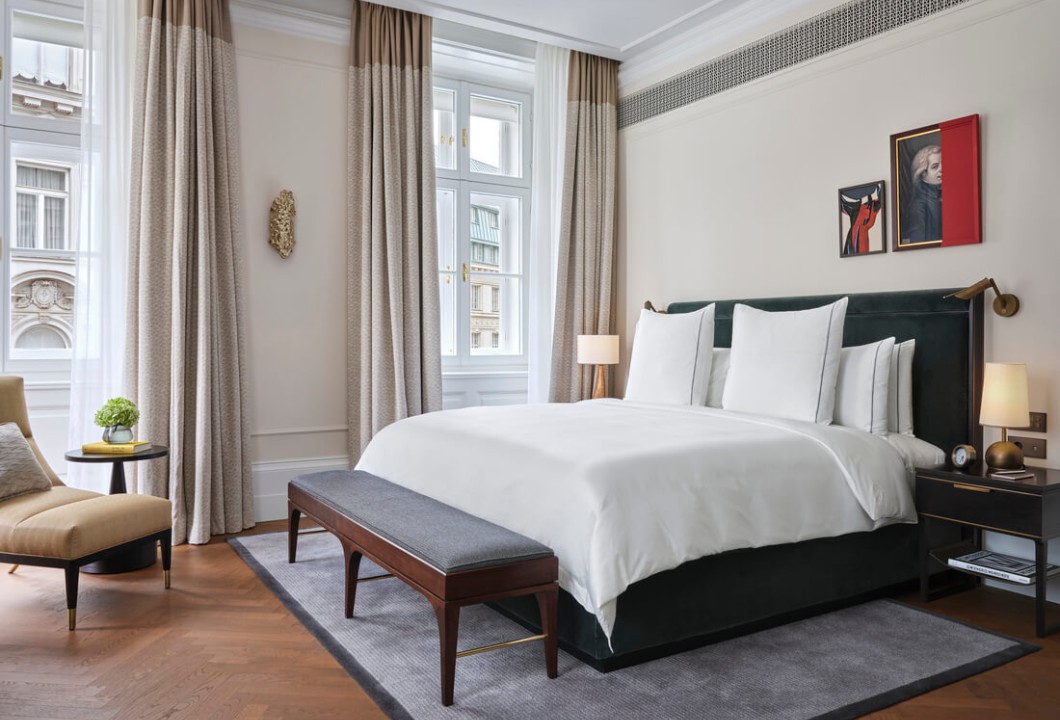 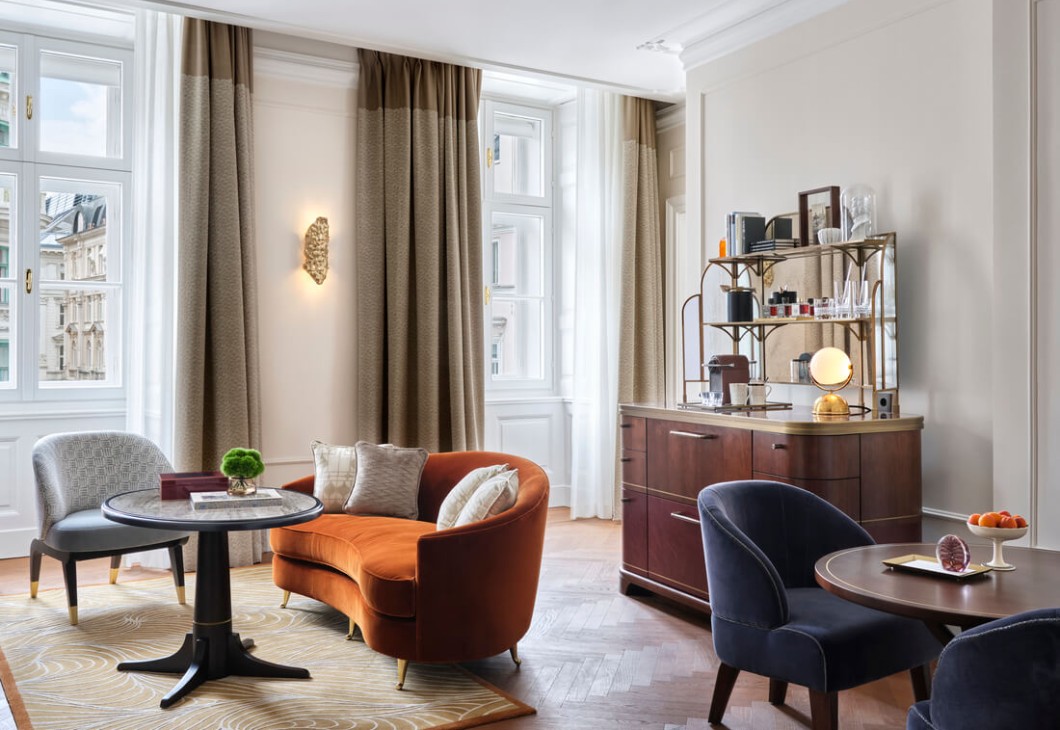 Handcrafted brass wall lights and custom-made furnishings including a minibar made from walnut, leather and grey marble create a warm residential feel throughout the rooms, while the presidential suite, Hoffmann House, is embellished by custom made pieces by Austrian artistans. Viennese architectural firms A2K and BEHF were responsible for transforming the original building into a modern luxury hideaway, which includes a rooftop bar overlooking Old Town and elegant brasserie restaurant Neue Hoheit. Spread over two floors, Asaya Spa is the first outpost of Rosewood’s fully integrated wellness offering outside of Asia and has superb views of the dome and bell towers of neighbouring St. Peter’s Catholic Church. 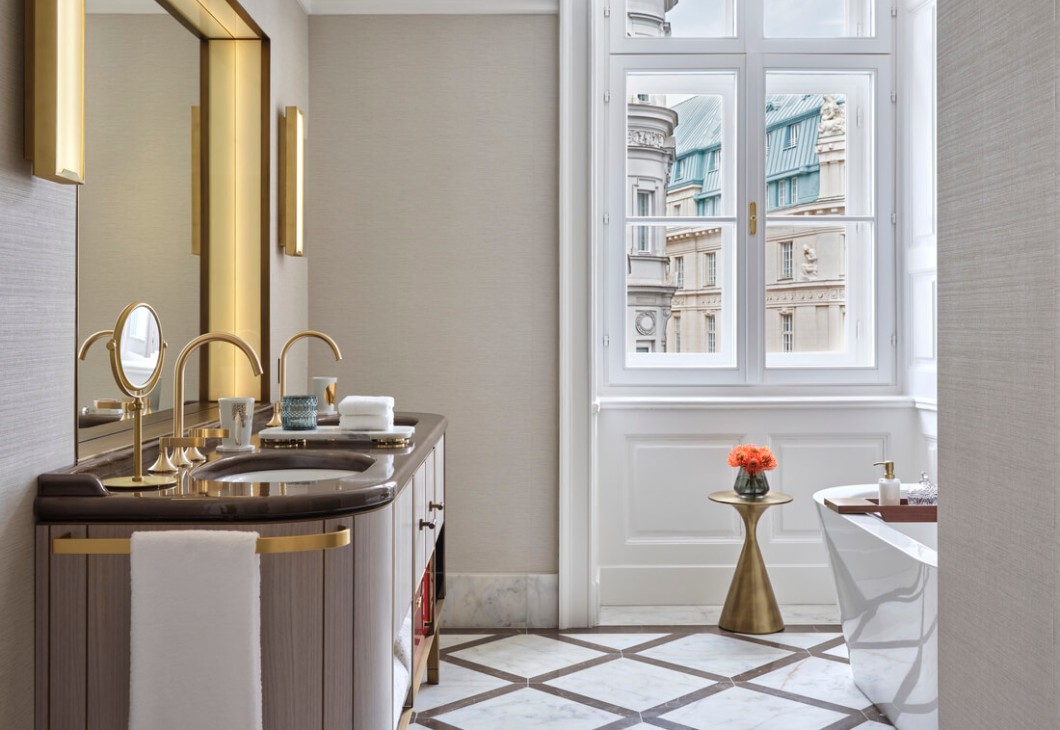 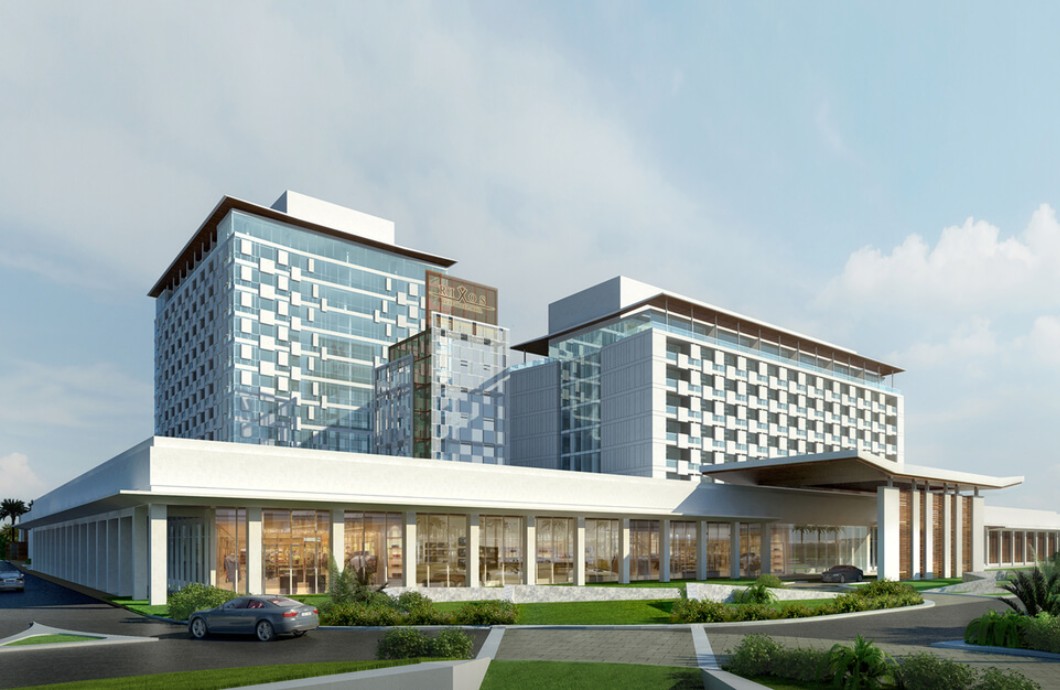 Doha’s original luxury beach resort is set to reopen this month as Rixos Gulf Doha, after a major transformation that breathes new life into the legendary 1973 property. Situated on the eastern edge of Doha Bay with unparalleled views of the city skyline, the property is the first all-inclusive luxury lifestyle beach resort in Qatar. The 378 rooms and suites are spread across two distinct towers and all boast contemporary designs with a touch of the local culture. 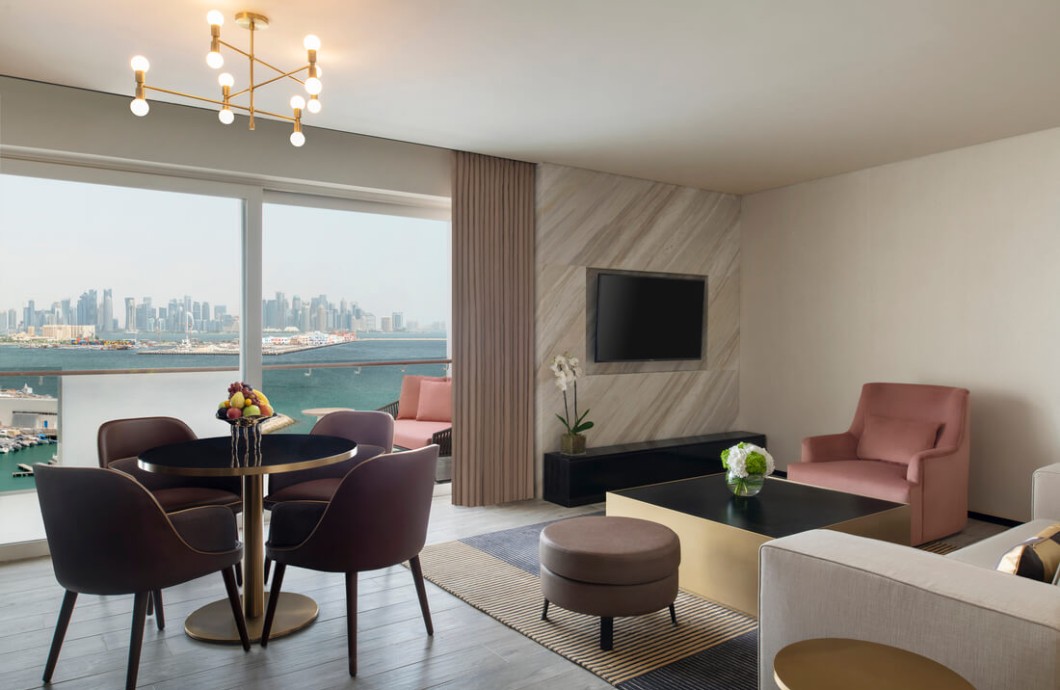 For those looking to indulge in a superlative escape, the 180-square metre Katara Suite is beautifully designed in a palette of muted neutrals accented with sapphire blues and radiant golds, and marble wall tiles. The suite offers a 360-degree balcony, three separate living areas, including a grand living room and dining area with spectacular views through floor-to-ceiling windows. 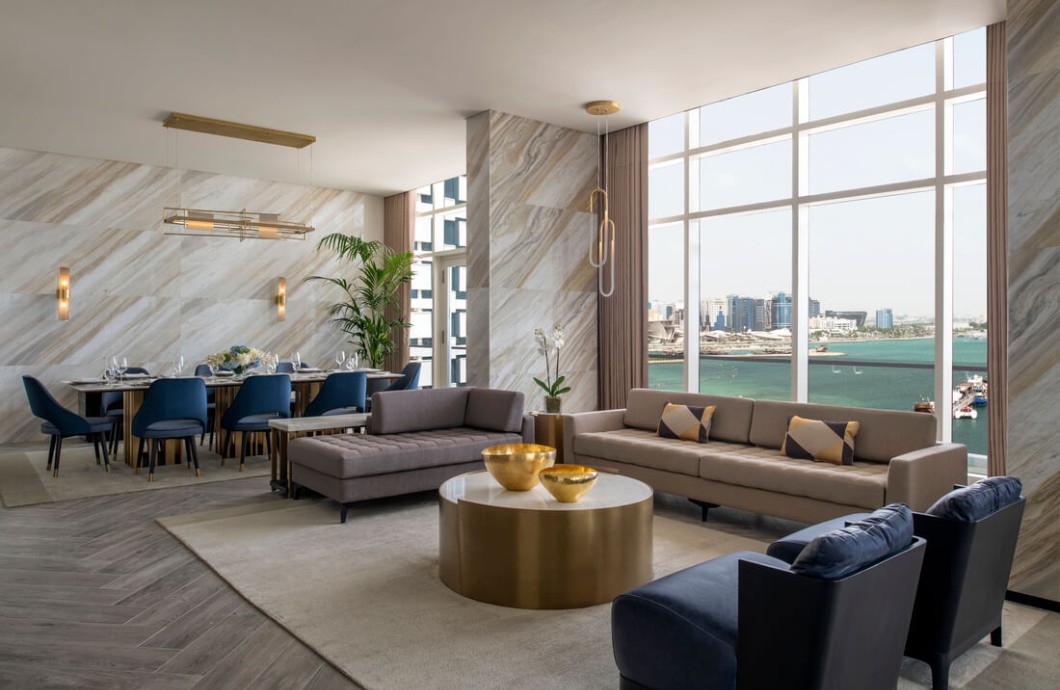 As part of Rixos’ decadent all-inclusive offerings, guests have access to seven unique dining options, including Mr Tailor Steakhouse, contemporary Indian dining at Rasa, Turkish and international dishes at Farmhouse and delectable Aegean cuisine at Akte Pier 51, freshly baked pastries at Crust, and mouth-watering bites at Zoh, your lifestyle deck, and at the exclusive lounge, M-Lounge. 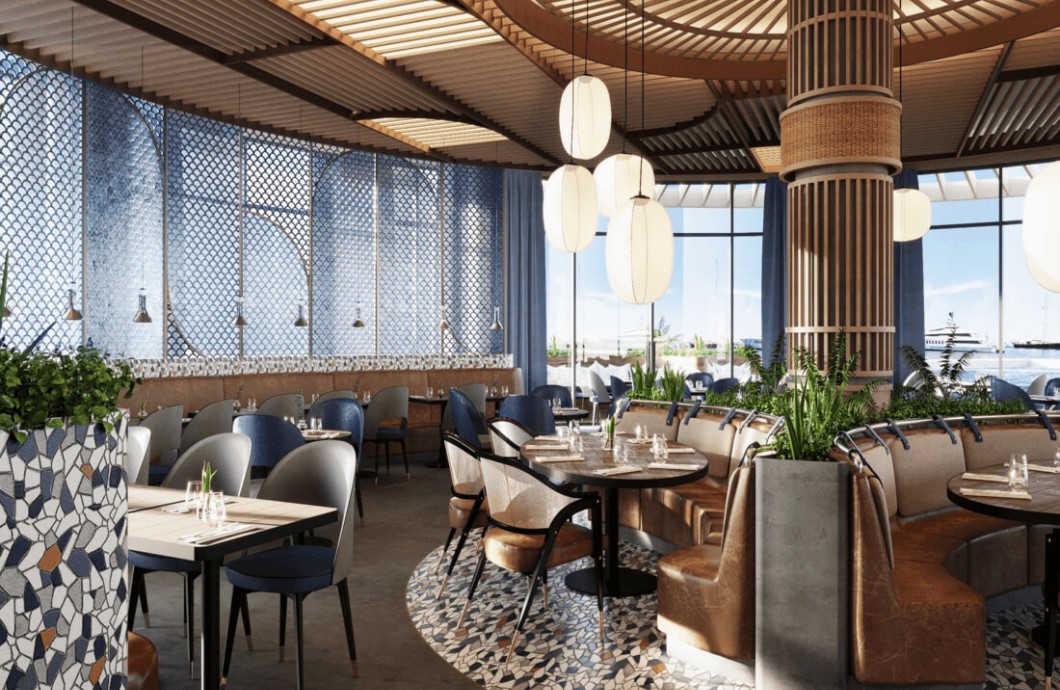 While junior jetsetters are kept busy at Rixy Kids’ Club, parents can indulge in treatments inspired by the ancient healing traditions of the Ottoman Empire at Anjana Spa, or join an array of sports classes in the fitness centre or tackle a high-intensity challenge at the Exclusive Sports Club. As the sun goes down over the Arabian Gulf, a programme of live music and events make this beachfront belle a stopover of choice for discerning Doha-bound travellers.