TRAVEL INTEL: Why all roads will lead to Rome

Rome already boasts an enviable collection of palatial palazzos, stylish sojourns and boutique boltholes, but the Eternal City is set to welcome a trio of new luxury escapes in the not too distant future.

Rome’s role on the world stage as a capital of culture and couture owes much to the great jewellery houses that call it home and few are more famous than Bvlgari, which was founded here in 1884. Bvlgari Hotels & Resorts Collection is finally planting a flag in the city on the east bank of the Tiber, a short stroll from the Spanish Steps and Villa Borghese.

Bvlgari’s long-term hotel design partner Antonio Citterio Patricia Viel is overseeing the architectural renovation and interiors of the 1930s building on Piazza Augusto Imperatore, whose 100 rooms and suites will complement the building’s earthy stone exterior, handsomely composed of ochre Travertine marble and red brick walls. Michelin-starred chef Niko Romito will oversee the menu at Il Ristorante, and the neighbouring Bvlgari Bar will offer first-class views across this city when the hotel opens in 2022. 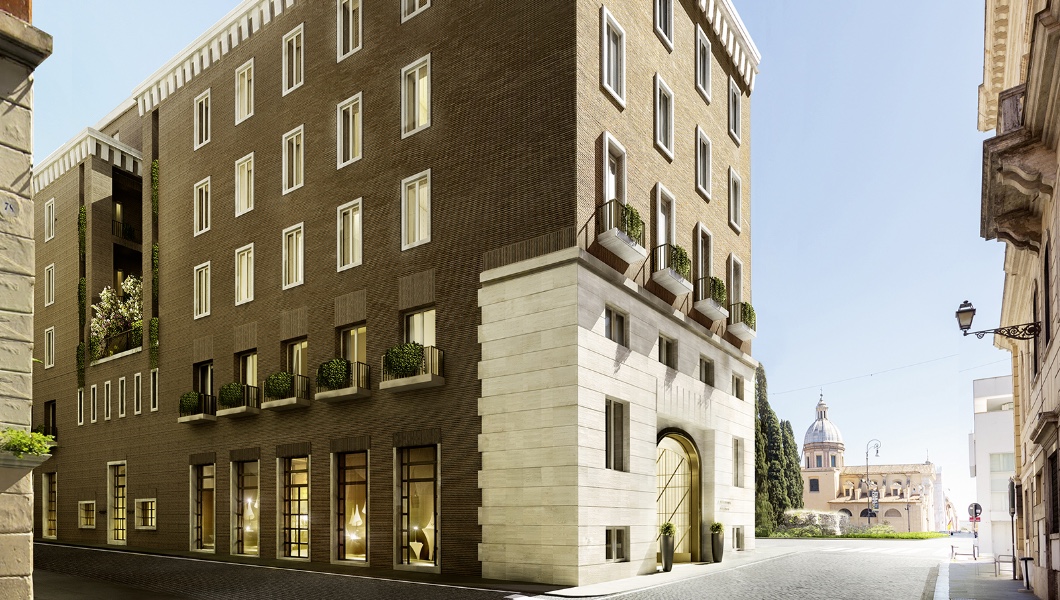 Six Senses’ owning company, IHG, is doubling down on the Eternal City with a second property, InterContinental Rome, situated on the affluent Via Veneto. The neo-renaissance palazzo was built in the early 1900s by architect Carlo Busiri Vici as a home from home for foreign ambassadors. Today, the prestigious address is becoming a bolthole for discerning  visitors, with 160 guestrooms and suites,  a restaurant and bar, plus a spa, all of which will be lovingly renovated before its 2022 debut.