If you went to the cinema in 2003, there’s a strong probability you saw a Quentin Tarantino classic. That’s if you could pass for 18. Kill Bill: Vol. 1 was brimming with gratuitous violence, offsetting moments of calm and all of the signature meandering dialogue. One scene that will come to mind is the epic battle between The Bride (Uma Thurman) and the Crazy 88, featuring balletic martial arts, clashing swords and an atmospheric restaurant setting. 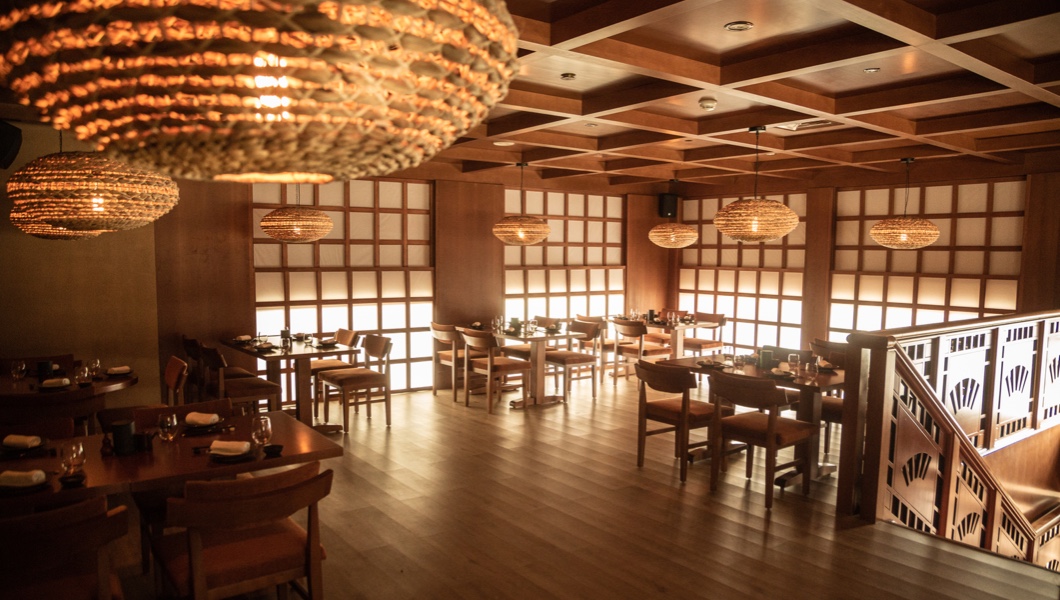 The Gonpachi experience manages to assault each and every sense

That restaurant is Gonpachi Nishiazabu, a coveted dining venue in Minato City, Tokyo, that has been on the culinary map long before it was immortalised on the silver screen. Tarantino’s cult hit was a feast for the eyes, but the Gonpachi experience manages to assault each and every sense – and now it’s available in Dubai.

That restaurant is Gonpachi Nishiazabu, a coveted dining venue in Minato City, Tokyo, that has been on the culinary map long before it was immortalised on the silver screen. Tarantino’s cult hit was a feast for the eyes, but the Gonpachi experience manages to assault each and every sense – and now it’s available in Dubai. 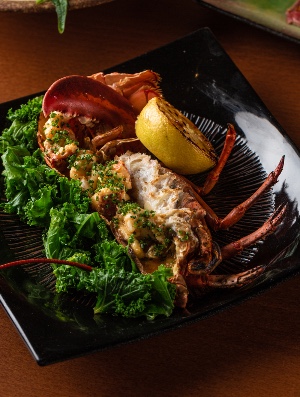 When Mr. Habtoor returned from a trip to Japan, according to restaurant staff, he was adamant that Al Habtoor City should feature the first Gonpachi franchise in the Middle East. And he made it happen. Bamboo-clad interiors bathed in soft lantern light, from wall to wall to mezzanine; enthusiastic call-and-answer Japanese greetings between welcome desk and wait staff; a resident DJ churning out funky breaks and bossa nova beats; and really exceptional food. 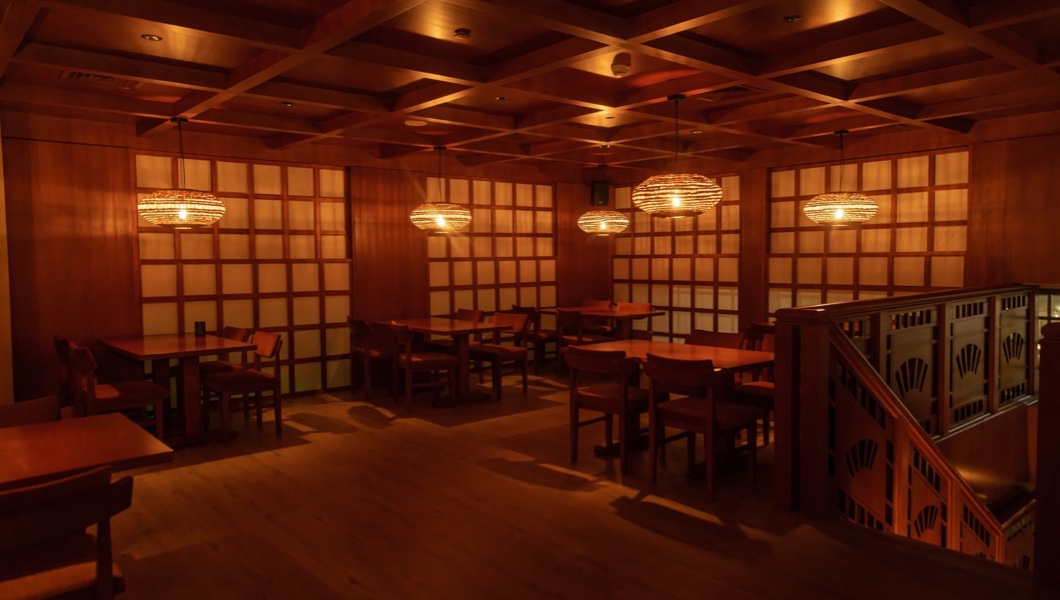 It’s all of the atmospheric brilliance of the Japan original, without the choreographed brawl. There could be some fighting – proverbially – for tables once the restaurant gains its inevitable place in Dubai’s roster of must-dine venues. My opportunity arrived on a calm Wednesday night, perhaps 50 per cent occupancy until a famous British boxer popped out of his Bentley, with a small entourage in tow. I was at the whim of the assistant manager and the sake sommelier when it came to the menu, which proved to be prudent.

The website promises ‘gaijin-friendly’ cuisine, which literally means ‘food that foreigners will enjoy’. In the context of Dubai, it means Americanised sushi concoctions are available (fried, spicy and stuffed with avocado). A few western anomalies aside, the menu options are very much in keeping with real recipes from the Rising Sun. 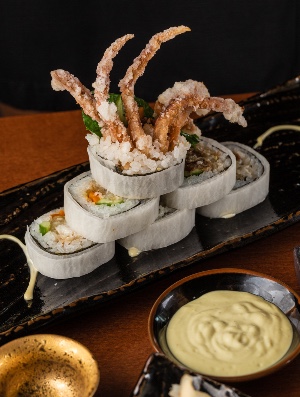 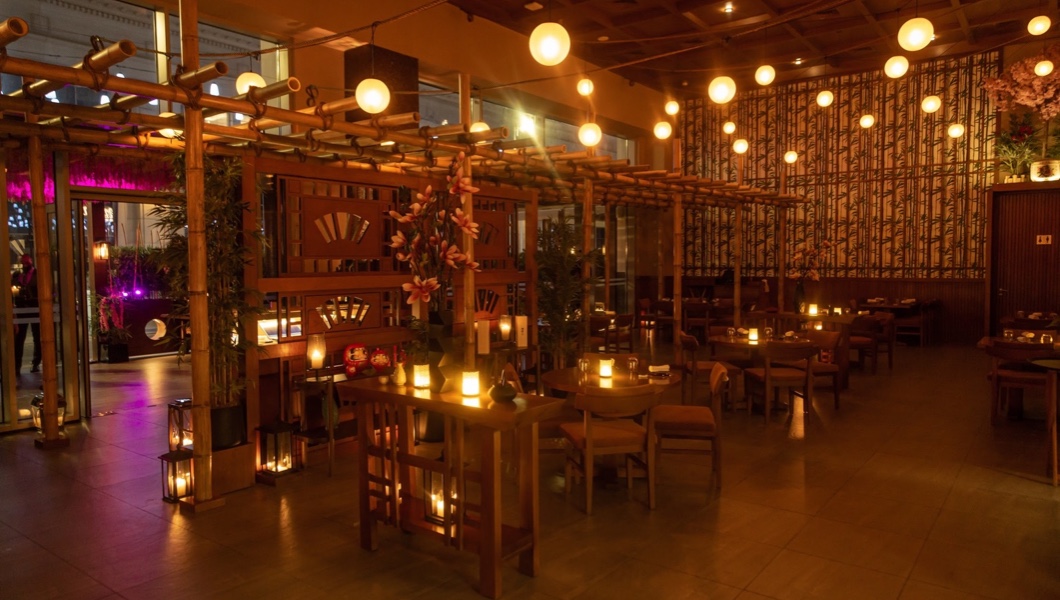 Starting with some chilled seaweed, flavoured with rice vinegar and sesame, your palette is prepped for an umami extravaganza. Plates of salmon with jalapeño and ponzu sauce, tuna belly skewers cooked to perfection and meaty shiitake mushrooms stuffed with duck and chicken – the range of savoury flavours will warrant a series of closed-eye wistful sighs, sinking shoulders lingering pauses to elongate the dining process. 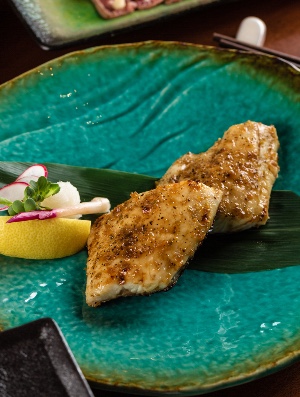 Ready to embrace some seafood? The unagi meshi pairs grilled freshwater eel with rice and a medley of supporting flavours in a sizzling stone bowl. Meanwhile, a trio of scallops in a foie gras sauce (with a smidgen of chilli) provide bite-sized, contrasting textures while you occasionally cast an eye toward the kitchen, sheathed behind a layer of kitchen and glowing angelic bright, compared to the mood-lit restaurant interior. 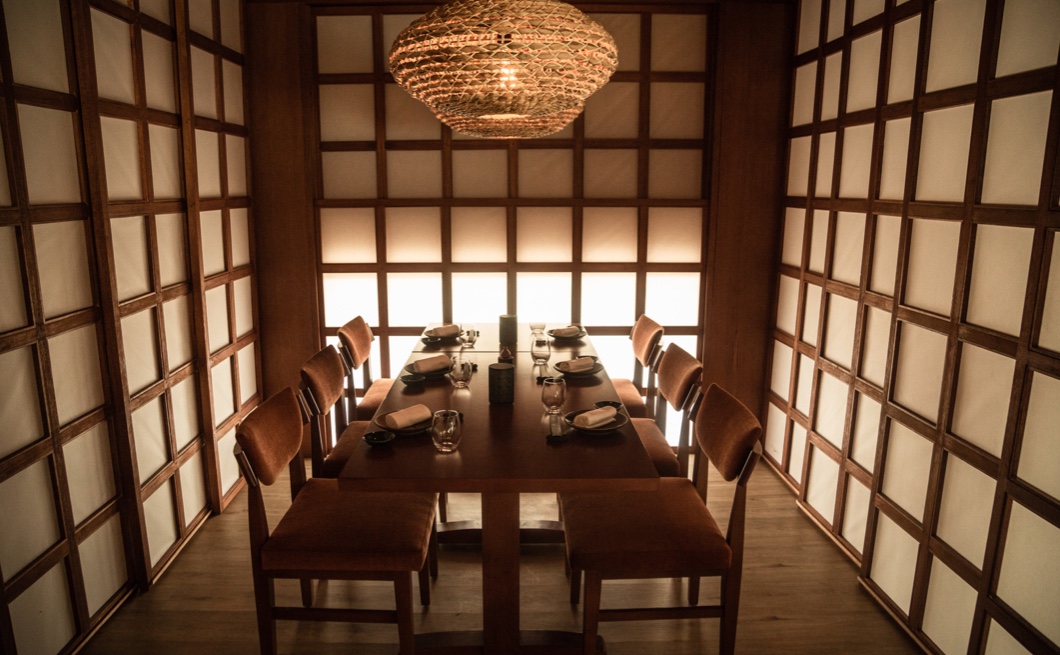 Despite the various plates presented to the table, there was still room for the spectacle of the sushi boat. Perhaps more of a galleon? The medley of tuna belly sashimi, unagi maki and picture-perfect salmon nigiri line the vessel, steaming away with some kind of dry ice. The gimmick, however, takes a backseat to the anticipation of authentic Japanese sushi. No deep-fried, mayo-drenched toppings, just fresh ingredients and TLC – with the holy trinity of wasabi, finely sliced ginger and rich soy sauce aboard to add a kick of seasoning. 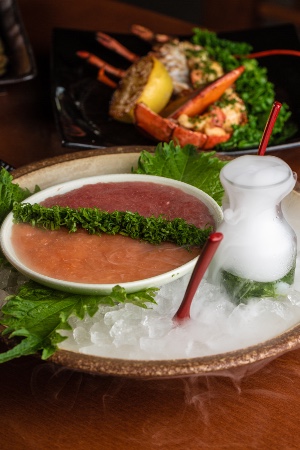 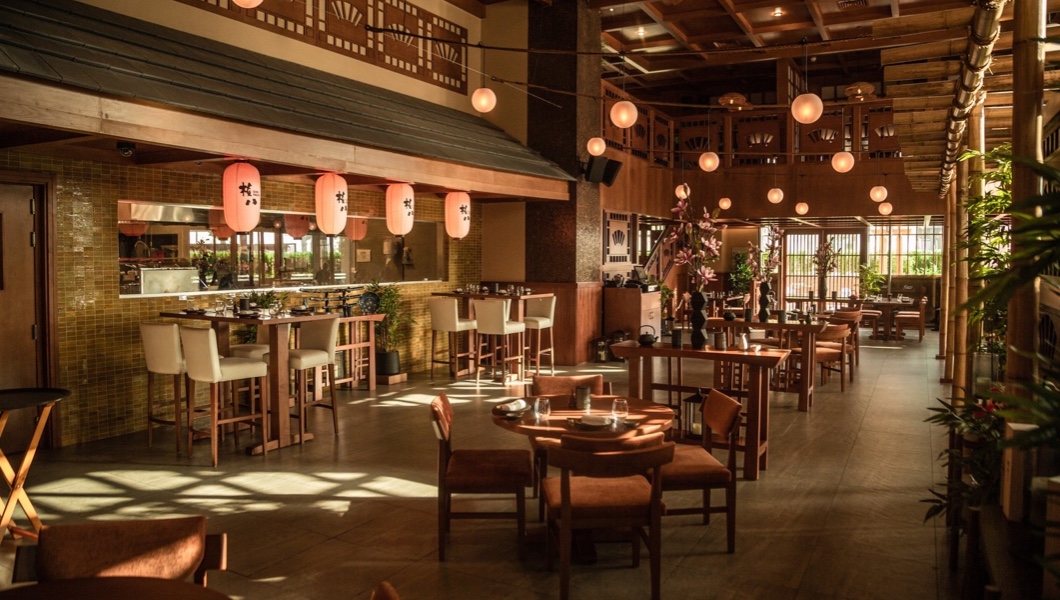 Having not yet been to Japan, I’d have been lost without the sake sommelier – who happens to be an expert in Japanese whiskey, if you prefer barley over rice. Sake cocktails are my new favourite drink. All of the glow of vodka without any harshness, it pairs perfectly with drambuie, or peach and cinnamon – as I discovered across two new cocktails sampled throughout the courses. Dessert, however, arrived paired with an oh-so-sweet Ohshukubai plum liqueur. Tangy enough to contrast the green matcha-flavoured mochi, neatly halved for my guest and I. 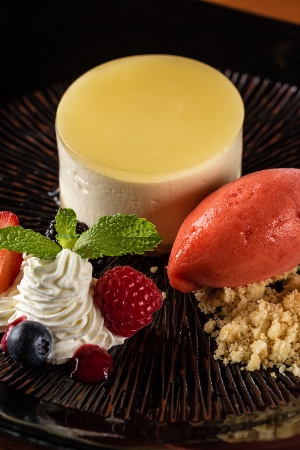 It was a maiden visit and an idyllic weeknight degustation. With the bustle of a semi-open kitchen and the lapping waves of fellow diners trickling in throughout the evening, the DJ mixed an eclectic medley of tracks with a dedicated enthusiasm, hunched over his high-end digital decks as if they were a hibachi grill. The price? It’ll wildly vary depending on your sake selection and array of dishes, but the recently-launched promotions provide incredible accessibility for the hoi polloi. 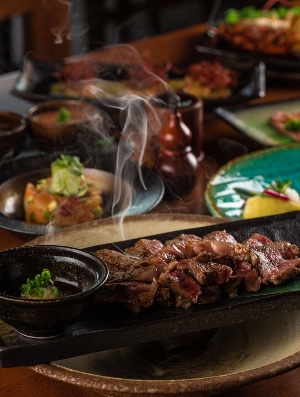 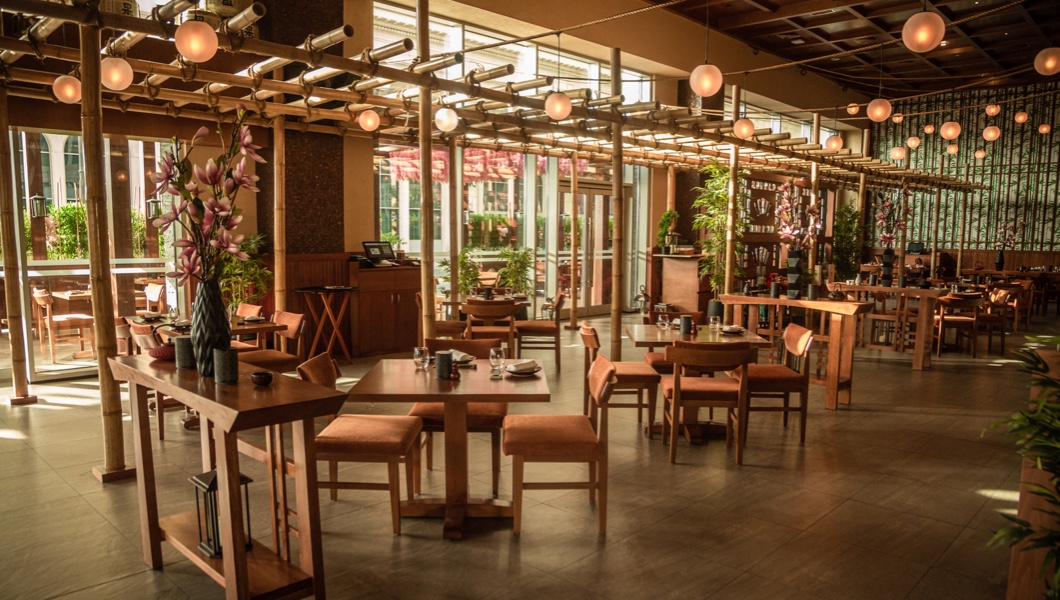 Check out the Joshi-kai ladies night, now on a Monday, for yet more cocktails and a hearty menu of coveted dishes. Apparently men can avail the offer if they ask nicely, and I intend to do so. It’s more affordable than the 10-hour flight to Tokyo. That can wait, for now.