NEW HOTELS: Where to stay this July!

From city chic in Amman to history and heritage in Washington DC, get your little black books at the ready

The Ritz-Carlton, Amman is the latest in a collection of new luxury hotels transforming the Jordanian capital into a must-visit Middle East destination. Spread across two 20-storey towers in West Amman, the property’s interiors were envisaged by London-based Wimberly Interiors - the design arm of multi-disciplined architectural and creative studio WATG. The 228 guestrooms and suites draw inspiration from Jordanian culture, architecture and heritage, as well as the natural landscapes of the Kingdom.

A neutral palette with splashes of sky blue creates a calm and sophisticated environment, while textiles and furnishings feature patterns that evoke the ripples of the sea, the shifting sands of the desert and the geological shapes of mountains and valleys. Up on the 20th floor, the first international outpost of award-winning Dubai restaurant Roberto’s leads the culinary offerings, alongside casual seasonal dining at Ambros, afternoon tea and patisseries at Iris, regional cuisine and shisha at Sarab Garden, and cigars and whisky at The Founder’s Room. The Ritz-Carlton Spa is home to the largest Jacuzzi in Amman and ESPA products, with six treatment rooms, and indoor and outdoor pools.

It’s hard to conceive of a better location for the new Waldorf Astoria Washington DC. Situated on Pennsylvania Avenue, a stone’s throw from the White House, the US Capitol, the Washington and Lincoln Memorials, and 14 Smithsonian Institution museums, the hotel occupies a building that’s just as significant as its neighbours. Built between 1892 and 1899, the Old Post Office was once the national HQ of the Post Office Department and listed on the National Registry of Historic Places in 1973; its iconic clock tower is the third tallest building in Washington DC. 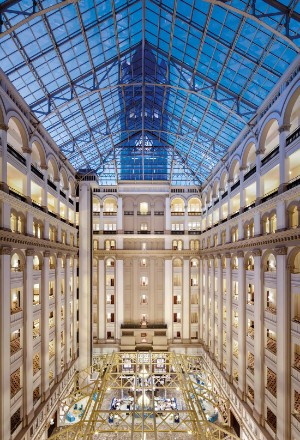 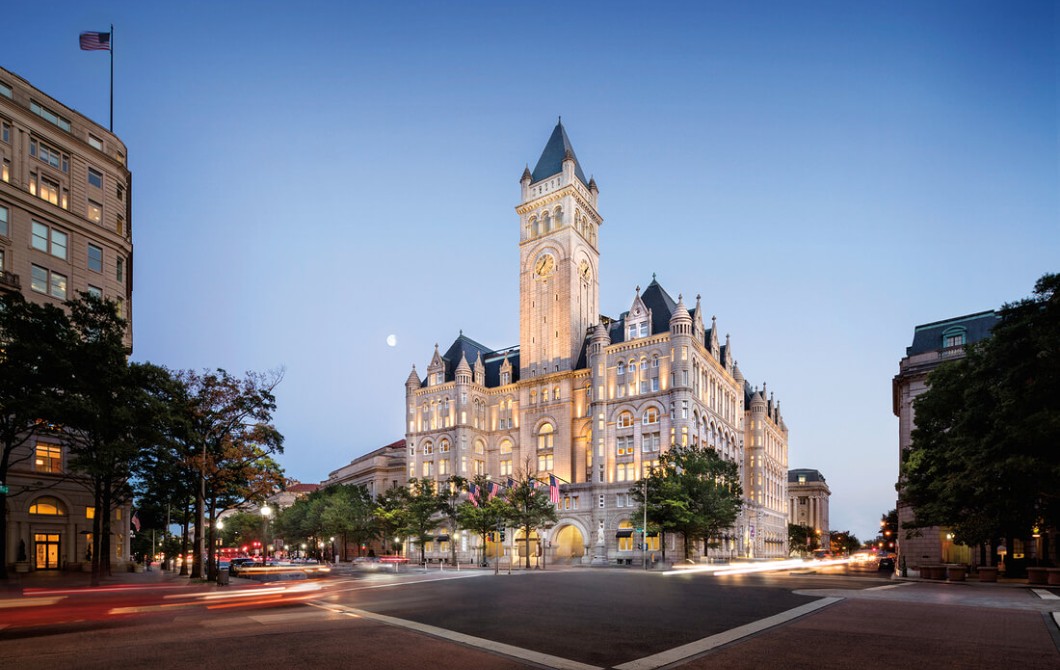 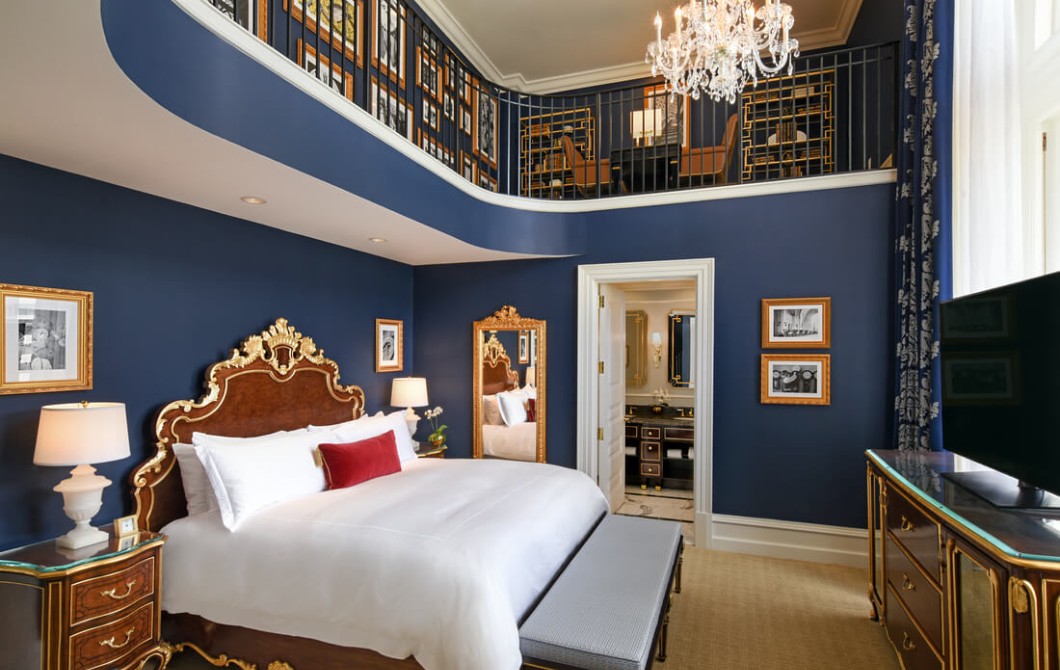 The hotel is now home to 263 elegant guestrooms and suites featuring original design elements including solid wood doors, wainscotting and moulded ceilings, with a bold blue and white colour scheme. Marble bathrooms feature six-foot tubs, while the hotel’s art collection recounts the history of the Old Post Office. As well as a Waldorf Astoria Spa with six treatment rooms and couples’ suites and the signature omakase cuisine of chef Daisuke Nakazawa at Sushi Nakazawa, the hotel boasts a spectacular collection of meetings and events facilities that include a 1,300-capacity ballroom that’s set to host some of the most high-profile events in the city. 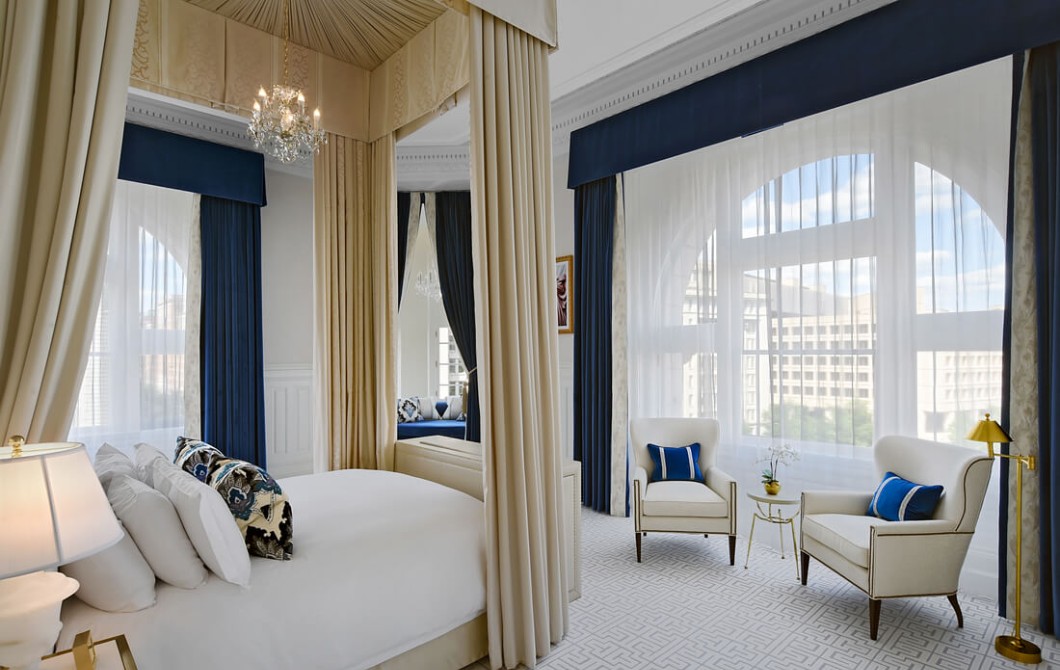 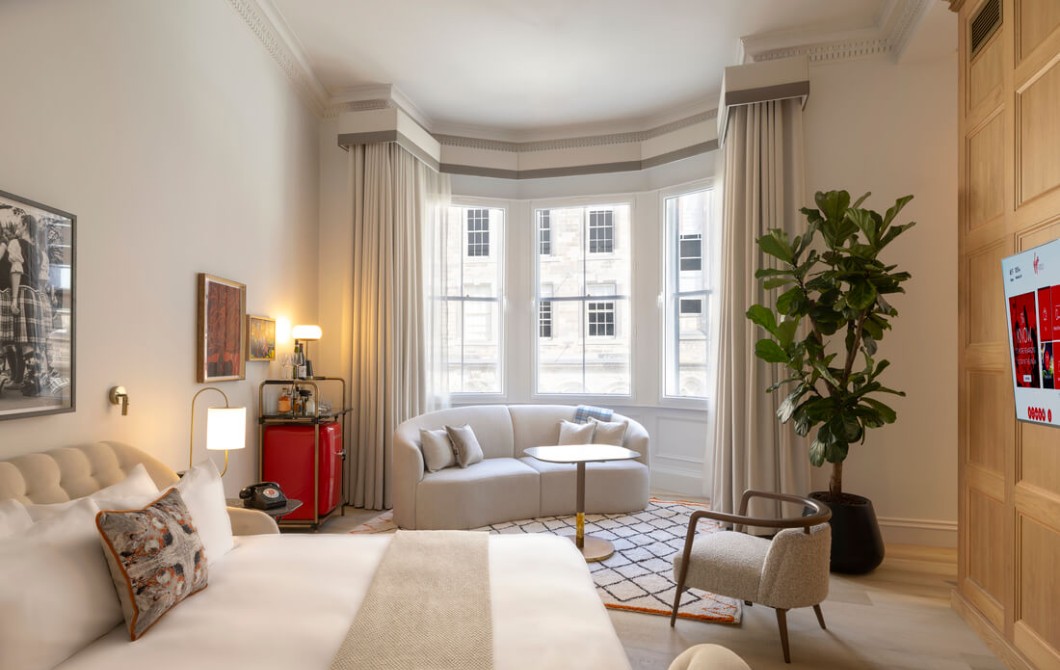 Bright, bold and vivacious, Virgin Hotels has made the leap across the Atlantic and opened the first of two new properties in Scotland, the company’s first ventures outside the US. Virgin Hotels Edinburgh is located on Victoria Street in the atmospheric UNESCO World Heritage-listed Old Town in a collection of 19th-century buildings reimagined by Virgin Hotels and architectural studio Four-by-Two. After a major transformation, the first phase of the project is now open, with 54 guestrooms - known as Chambers - flagship restaurant and bar Commons Club and the Funny Library Coffee Shop. 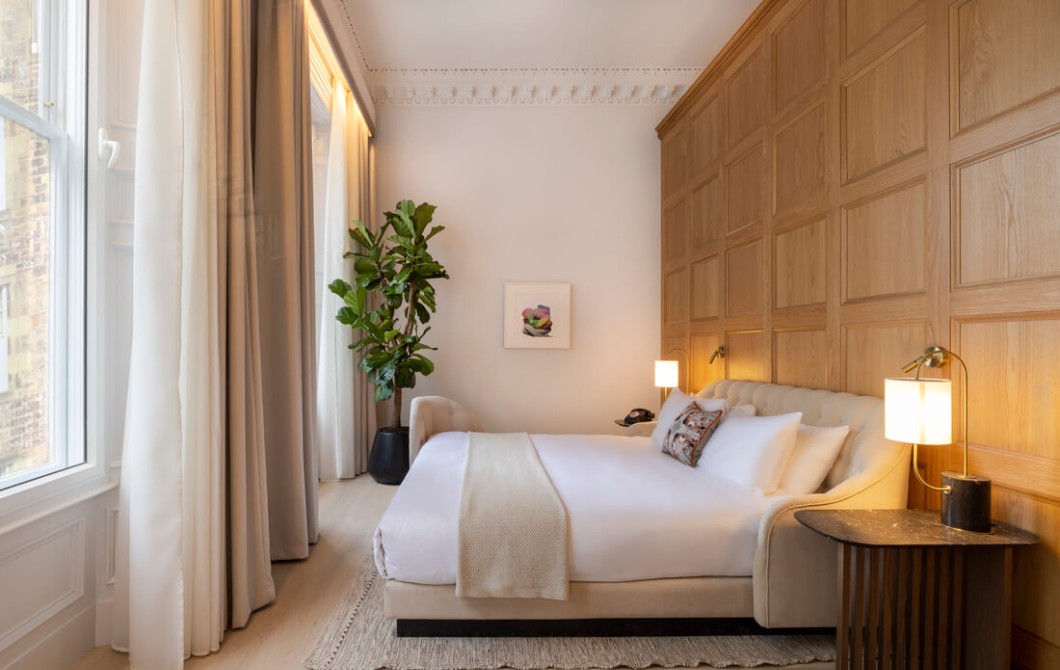 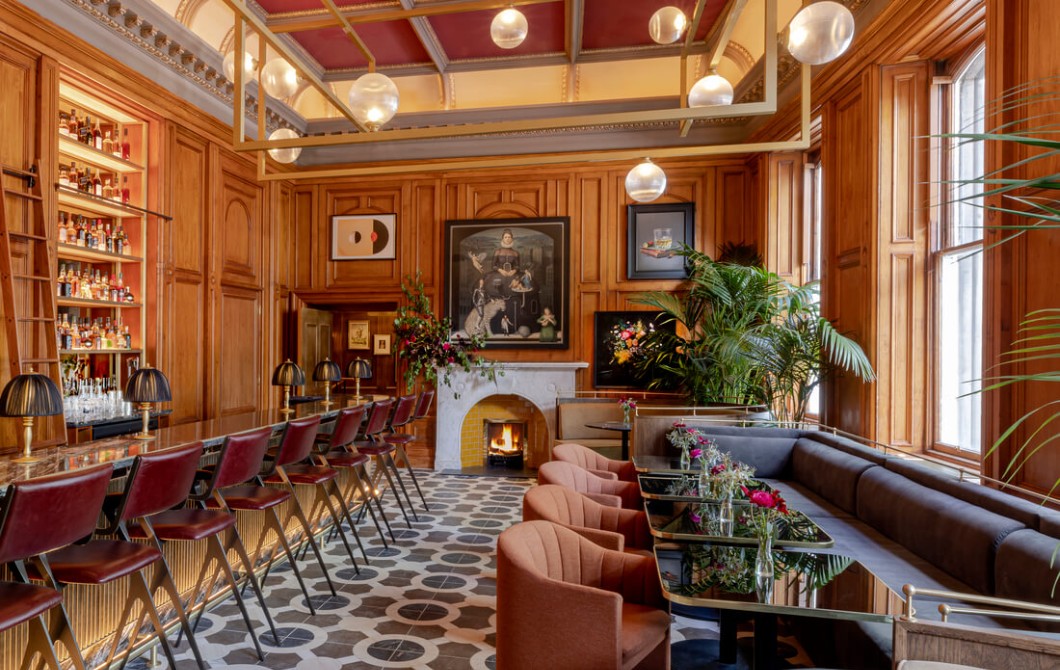 The second phase, which will open in autumn, will include an additional 222 Chambers and Grand Chamber Suites, as well as all-day dining restaurant Eve, a rooftop lounge and a spectacular events venue in a 19th-century church. Guestrooms feature locally sourced accessories and lighting, ergonomically designed beds with Hypnos mattresses and sensor-powered automatic lighting. A mostly neutral colour scheme is accented with red SMEG mini-fridges and striking red doors, and a partnership with Visto Artwork has seen the rooms furnished with a collection of art by local artists or inspired by Scotland. Edinburgh-born executive chef Steven Wilson takes the helm at Commons Club, where contemporary Scottish season cuisine is celebrated in all its fresh finery, while a gym and fitness centre, which opens in August, is kitted out with the latest Technogym gear. 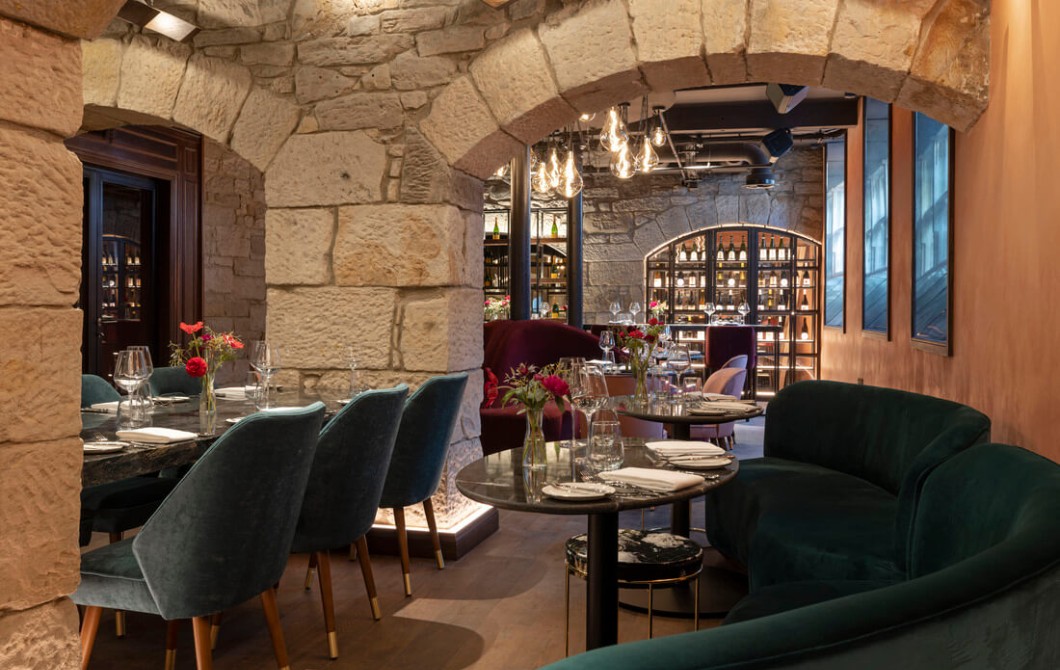 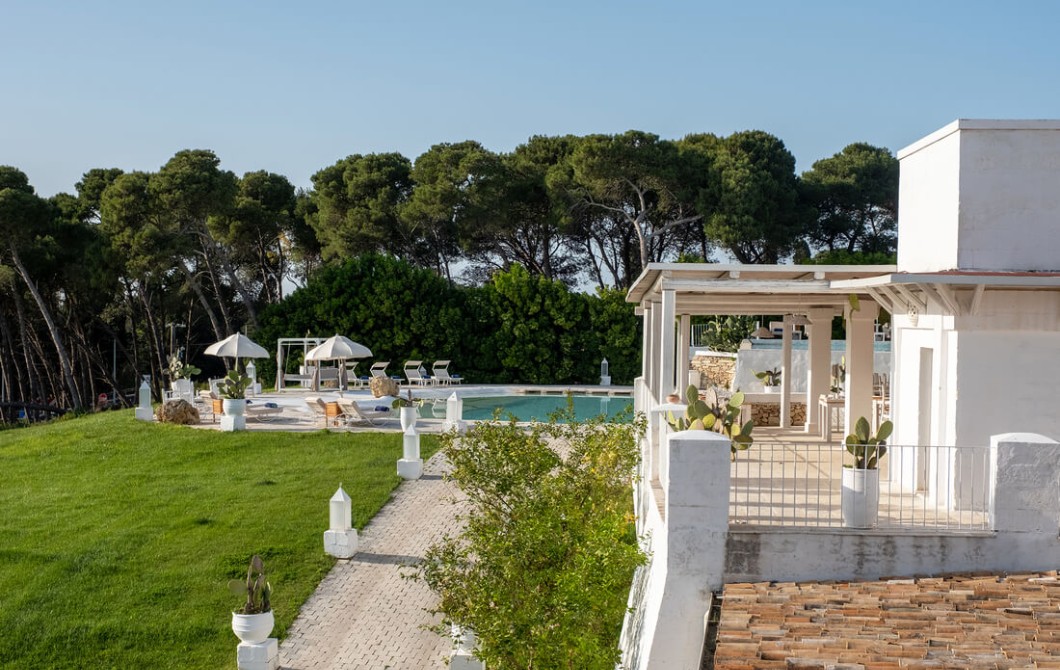 Nestled between the warm waters of the Mediterranean and the beautiful Alimini Lakes in the heel of Italy’s shapely boot, Baglioni Masseria Muzza is a private estate set in five acres of Salento countryside. Spread out around a 17th-century farmhouse, elegant all-white rooms and suites are positioned around a central courtyard in former stables and barns. Guestrooms boast high vaulted ceilings and original stone features, with spectacular views across Mediterranean gardens and olive groves. Two restaurants, both offering Puglian cuisine, offer both indoor and outdoor seating to make the most of the Italian sunshine, while the resort infinity pool is perfectly positioned to absorb views of the lake. Guests staying at this rural hideaway will find a wealth of outdoor activities on the doorstep, from mountain biking and horse riding to hiking trails, jogging routes and yoga classes. 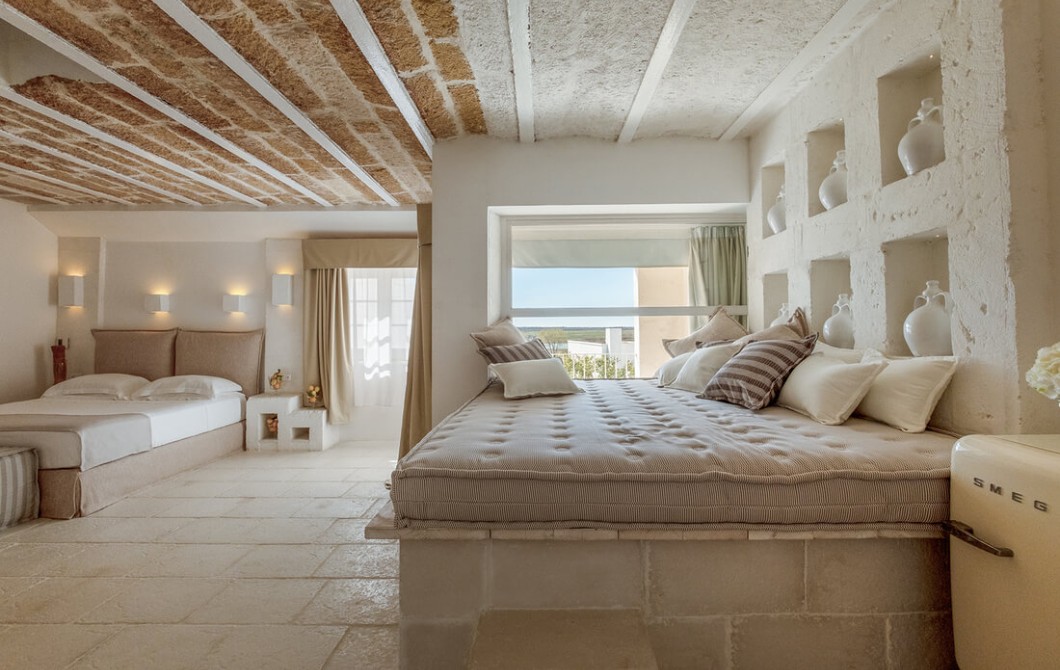 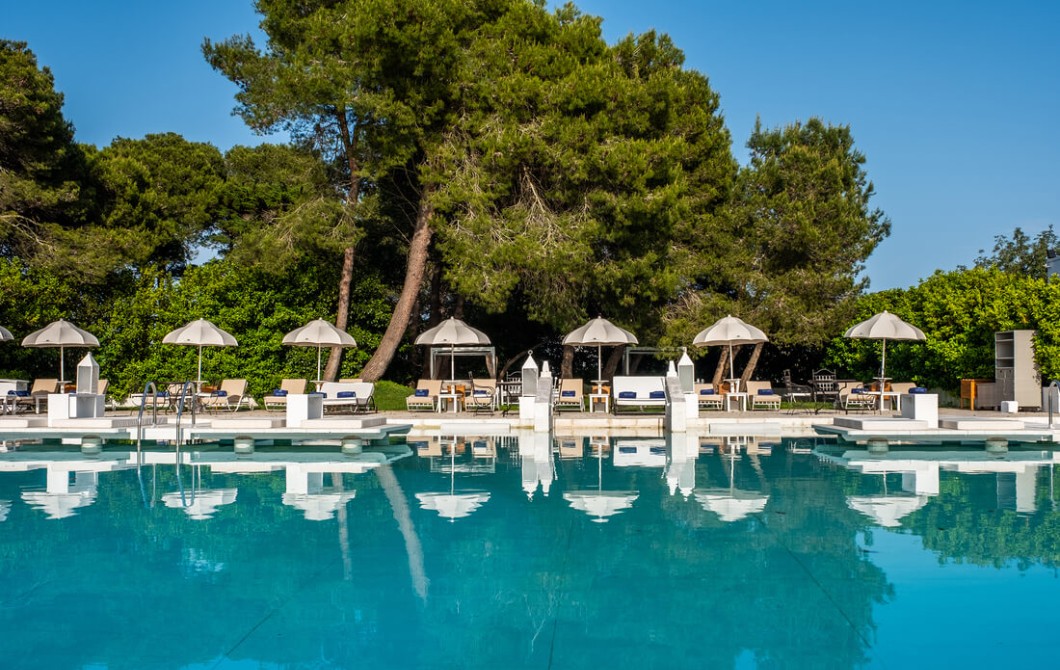 The hotel’s spa is home to an indoor pool, 90-degree Finnish sauna, sensory showers and an ice fountain, as well as a relaxation room and fitness centre. Ten minutes from the UNSECO World Heritage-listed city of Otranto and its eclectic architecture and a short walk/drive from gorgeous Baia dei Turchi beach and the Acaya Golf Club, the hotel is the latest member of Baglioni’s collection of unique boltholes after the opening of Baglioni Resort Sardinia last year. 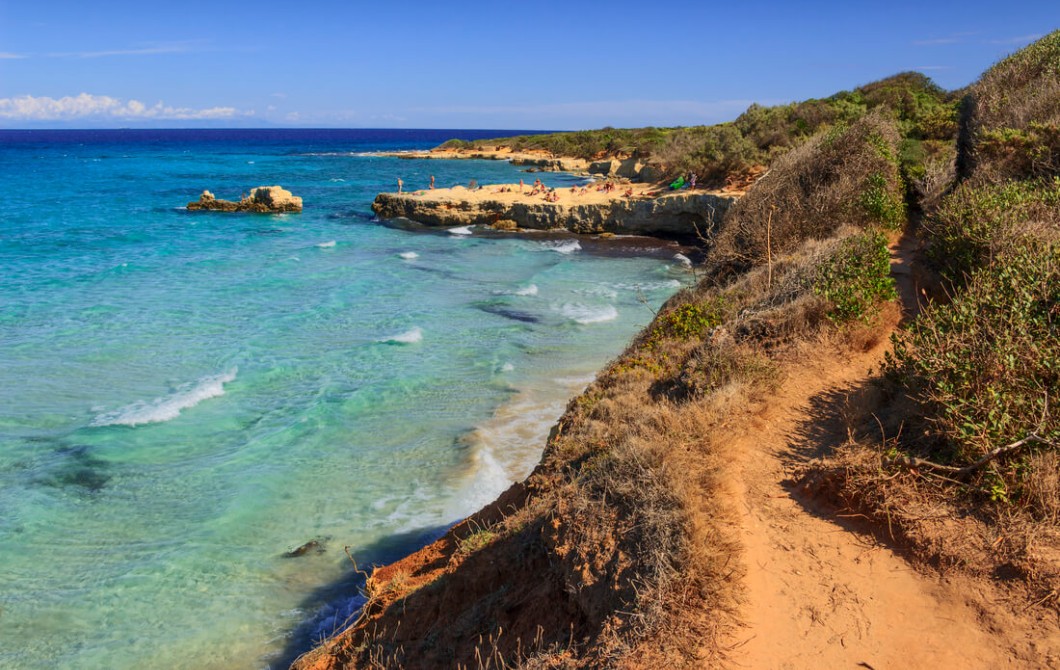