First launched into space in the 1960s by illustrator Charles. M. Schulz, the first visuals of Snoopy depicted America’s lovable cartoon canine on the moon, capturing not only the world’s excitement about the US’ adventures into space, but also cementing Snoopy’s special connection with NASA.

Skip forward to 1968 and Snoopy  was chosen as the ‘face’ of NASA’s safety programme, acting as its ‘watchdog’, representing the space agency’s mission success and, of course, helping keep things light in serious situations. 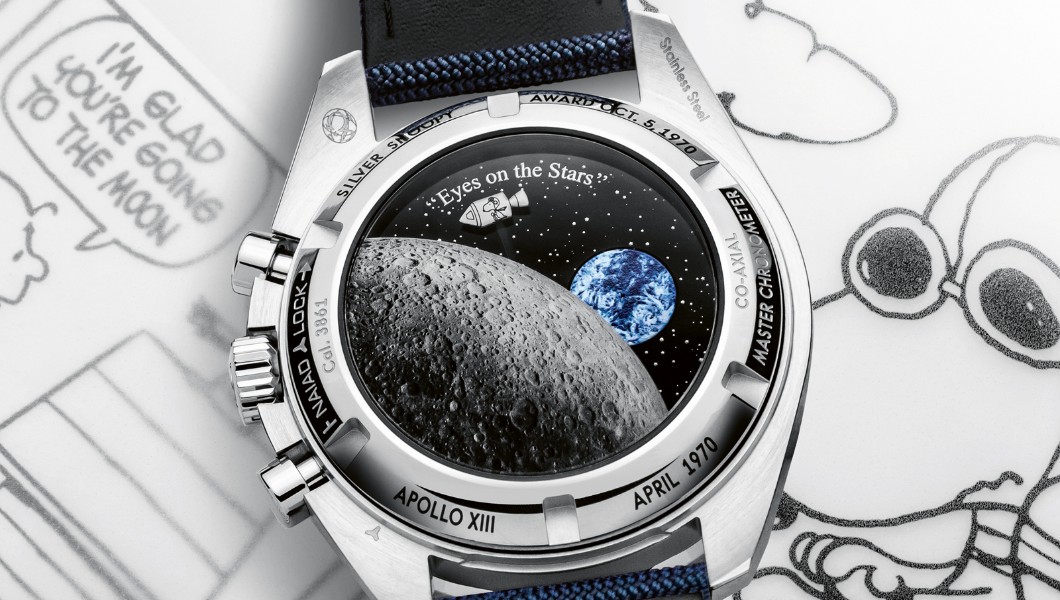 To inaugurate the intergalactic canine even further, an award was created in his name – the Silver Snoopy Award – presented, by NASA’s astronauts themselves, to people or companies who have contributed significantly to the success of human space flights.

The extremely rare award has been given  to only one per cent of eligible recipients thus far, OMEGA being one, following the launch of the OMEGA Speedmaster in 1965, which was declared ‘flight qualified for all manned space missions’. In fact, so solid a piece of timekeeping, the chronograph was trusted by all of NASA’s astronauts throughout some of their most important hours, and even, most notably, became the very first watch worn on the moon in 1969. 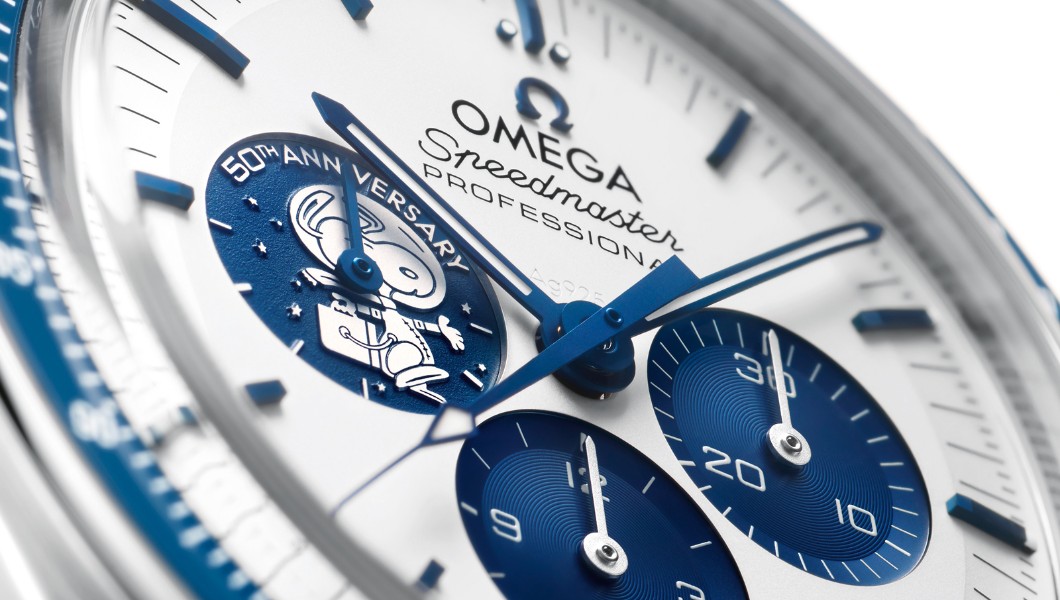 It was, however, the Apollo 13 mission in 1970, which best represents OMEGA’s critical precision and the ‘safety’ that Snoopy was entrusted with, assisting the crew’s astronauts amid the mission’s extremely perilous rescue, when there was simply no room for error.

And so, in recognition of the watchmaker’s contributions, in 1970 OMEGA was awarded the prestigious Silver Snoopy Award, and the stories of both Snoopy and OMEGA became forever entwined.

Now, 50 years on from that iconic space mission, OMEGA has launched a special timepiece – combining animation with watchmaking art to take the OMEGA Speedmaster to new dimensions of design. 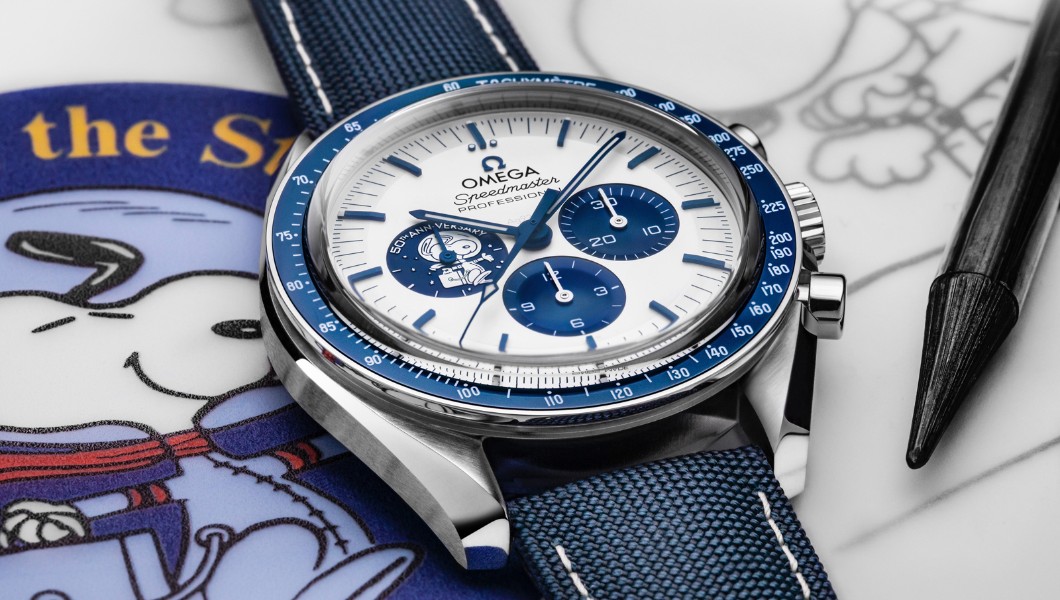 Naturally, the world’s most prolific cartoon canine features prominently on the new 42mm timepiece: first as an embossed silver medallion on the blue subdial at 9 o’clock wearing his famous spacesuit (in the exact style of the silver pin that NASA astronauts give to award recipients); and second, on the casebook, where Snoopy is sent into orbit on a magical hand that moves when the chronograph’s second hand is in use. In the distance, a vision of earth is included, rotating once a minute, in sync with the watch’s small seconds hand, with the iconic quote ‘Eyes on the stars’ etched on the black universe. The watch’s 42mm stainless steel case pays further tribute to space exploration, taking inspiration from the fourth generation Speedmaster style, the first watch worn on the moon in 1969.

Any keen horologists wanting to invest in a piece of inter-galactic history, will be bestowed the watch in its own Apollo 13 presentation box, complete with a magnifying glass to help you get up close and personal to the intricate detailing, and giving the term ‘seeing stars’ whole new meaning.