HOTEL INTEL: An All-American icon remerges from the desert

The Arizona Biltmore's extensive transformation gives the Waldorf Astoria property more than just a pretty new face. Come inside and take a look...

When it was built in 1929, the Arizona Biltmore became an instant icon; an architectural marvel created by visionary architect Frank Lloyd Wright and Albert Chase McArthur, whose family owned the hotel. Nearly 100 years later the hotel – now part of the Waldorf Astoria family – has been reborn after a major transformation. 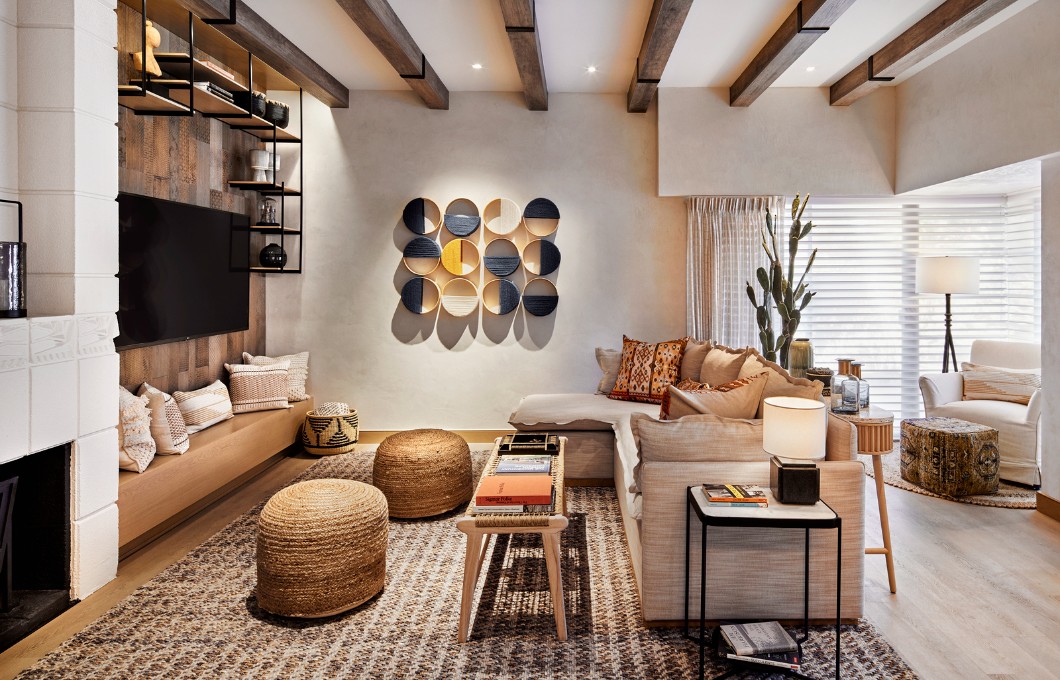 New York-based Virserius Studio and Arizona’s PHX Architecture – both selected for their familiarity with Frank Lloyd Wright’s style and sensibility – were tasked with reimagining the hotel and its 701 guestrooms, which include 36 suites, 28 standalone luxury cottages and 54 villas, all nestled within a 39-acre estate at the foot of the Phoenix Mountains Reserve. After a 15-month restoration, the Arizona Biltmore, A Waldorf Astoria Hotel, has emerged as a modern American marvel. Though the exterior continues to showcase the unique architectural style of Wright, the interiors are infused with contemporary additions that bring the hotel firmly into the 21st Century. 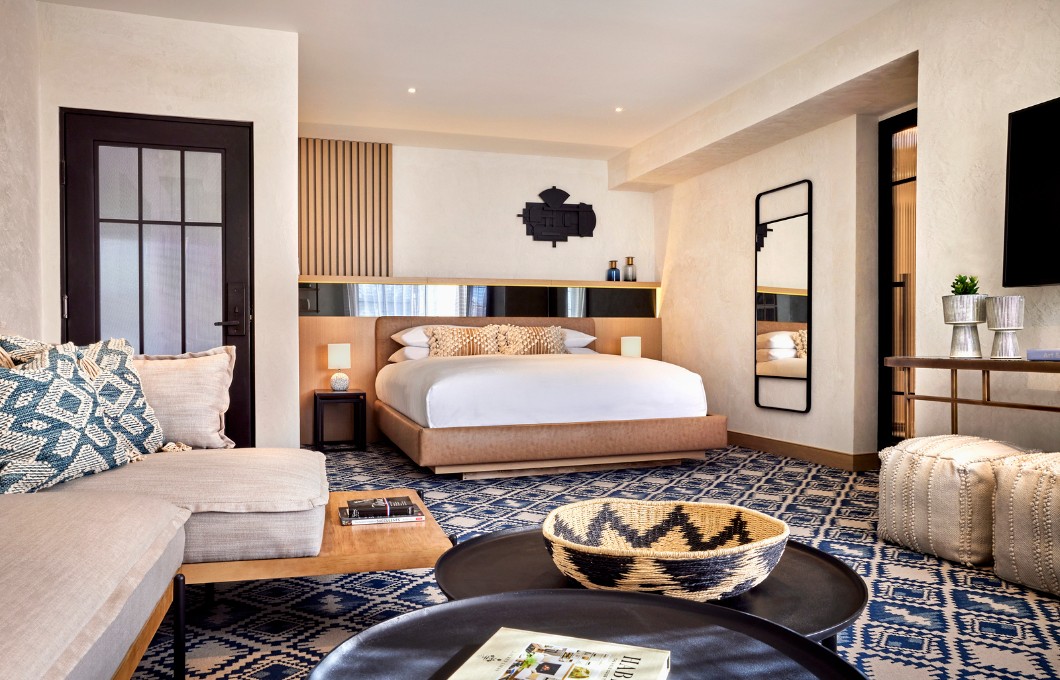 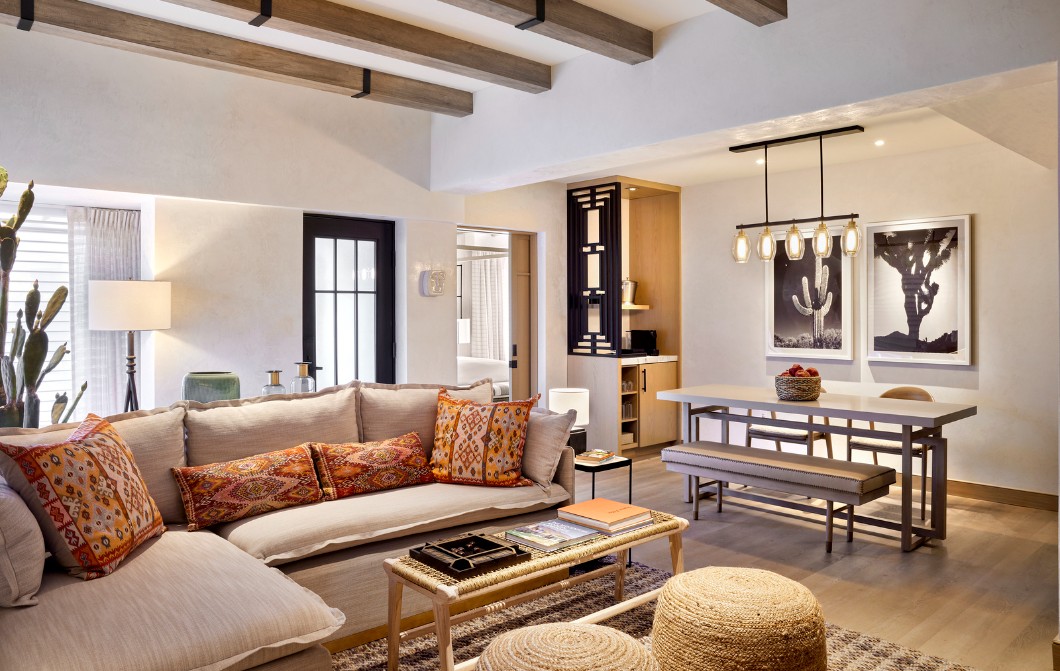 Outside, the new adults-only Saguaro Pool – one of seven at the hotel – is a stylish desert oasis, with alcoves and private cabanas loaded with mini-fridges and TVs, all positioned around the 140-year-old Saguaro cactus that lends the pool its name. Over at the Paradise Pool, 15 luxurious air-conditioned cabanas provide respite from the heat for adults, while kids play on the 65-foot waterslide and splash pad, and the brand-new Tierra Luna Spa offers a selection of therapies inspired by the nearby Sonoran Desert and its deep-rooted mysticism. 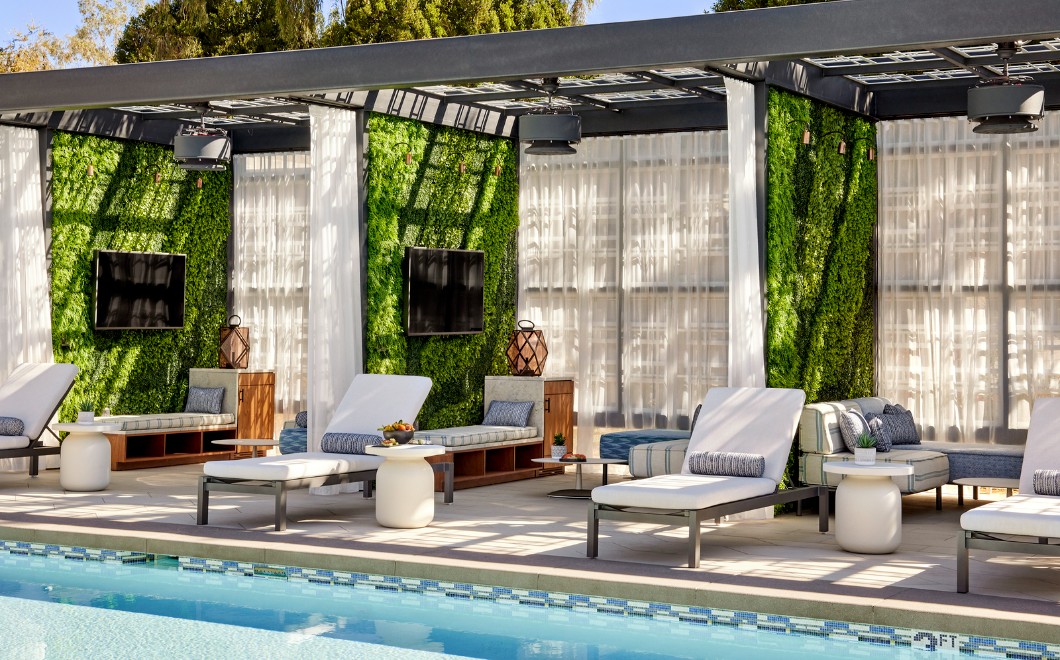