HOTEL INTEL: Once upon a time in Hollywood

Quentin Tarantino’s latest film has ignited a new interest  in visiting America’s movie making heartland, and thanks to a swathe of new hotel openings across Los Angeles, there are plenty of star-studded places to check into while visiting.

The newest address on Sunset Boulevard and the first EDITION hotel on the West Coast, The West Hollywood EDITION brings Ian Schrager’s winning formula back to the city where he pioneered the boutique hotel concept with Mondrian Hotel Los Angeles back in 1996. This new architectural gem by British architect John Pawson presents a modern façade set back from the busy Sunset Strip, with a self-contained arrival garden surrounded by leafy trees and lush foliage.

Greenery permeates the entire hotel, from Michelin-starred chef John Fraser’s vegetable-forward Ardor restaurant, all the way up to the landscaped garden on The Roof, where guests can soak in 360-degree views stretching from Santa Monica beach to the Downtown skyline. The 188 guestrooms and suites may look familiar to anyone who has visited The Barcelona EDITION, but unique local touches abound, starting with an art installation by LA artist Sterling Ruby, which takes pride of place in the lobby. 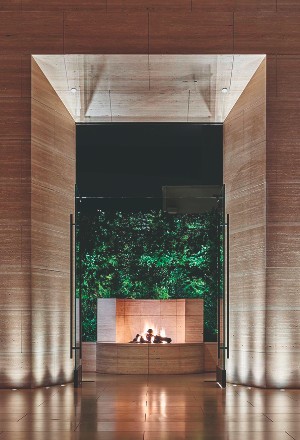 Eco-conscious brand 1 Hotels also made its West Coast debut this year with  1 Hotel West Hollywood, a new incarnation of what was previously The Jeremy. Designed with sustainability in mind, 1 WeHo, as it is fondly known, is stylishly cobbled together with reclaimed and recycled materials used to make everything from wall panels and furniture to clothes-hangers and writing sets. Native greenery bursts from every nook of the hotel and its panoramic roof terrace, where two penthouse suites afford some of the best views in the city. An organic vegetable garden, beehives and 100-year-old olive trees provide plenty of fresh produce for executive chef Chris Crary to use across the hotel’s 1 Kitchen restaurant and Juniper Tree lounge bar.

Over in Downtown, two new cult favourites have also opened their achingly cool doors this summer. Soho Warehouse Downtown LA is the second LA outpost from the UK’s Soho House & Co., which opened its first ‘House’ here back in 2010. The new members’ club-cum-hotel features 48 bedrooms that reveal  a glimpse of the building’s former life as a 1916 factory, with exposed brick walls and industrial touches. Guests and members also have use of the Soho Active gym, House Garden restaurant and bar, House Kitchen and Club Bar, the buzzy  work-rest-play Sitting Room area, and the Rooftop, complete with 50-foot swimming pool.

Becoming the fourth US Hoxton to open in a year when it debuted in October, The Hoxton, Downtown LA brings the London brand’s effortlessly cool charm to Los Angeles’ Fashion District. Situated in a 1922 Beaux Arts building that was once home to the LA Railway Company, the hotel’s 174 rooms ranging from ‘Snug’ to ‘Biggy’, reflect the building’s long history, with a few French design elements and Mexico-inspired furnishings added to the mix. The rooftop Pilot restaurant opens up onto the pool deck and bar, and ground floor Sibling Rivalry features a menu of seasonal California produce and American classics.