Enjoy a cultural escapade in the jewel of the Caribbean coast, Cartagena

The jewel of Colombia’s Caribbean coast, Cartagena has inspired artists, writers and creators ever since the city was founded in the 16th century. Today the museums and galleries of its historic centre pay tribute to Colombia’s rich creative history, but for a more immersive artistic experience, visitors might want to check into one of the four new signature suites at Sofitel Legend Santa Clara, a gorgeous colonial escape situated in a former convent.

Lina Botero, the daughter of legendary Colombian artist and sculptor Fernando Botero, led the redesign of the hotel’s Presidential Suite, a 147-sqm masterpiece that features a grand, double-height living room and library, a stately master bedroom and two original Botero artworks. The Junior Legend Suite  Ana Mercedes pays tribute to the eponymous Colombian artist, whose silk-screen prints celebrated the life and culture of Cartagena’s colourful fruit sellers, while the Amaral Suite features a beautiful outdoor terrace and Jacuzzi overlooking the Caribbean and original works by husband and wife artist duo Jim and Olga Amaral. The split-level Grau Suite honours the life and works of Maestro Enrique Grau Arujo, whose artwork can also be found in Cartagena’s Museum of Modern Art, alongside that of fellow era-defining artist, Alejandro Obregon.

Legions of artists and designers collaborated on the six-year renovation of the historic property, which was reimagined by Bogota-based architects Arias Serna Saravia during a top-to-toe overhaul that began in 2012. 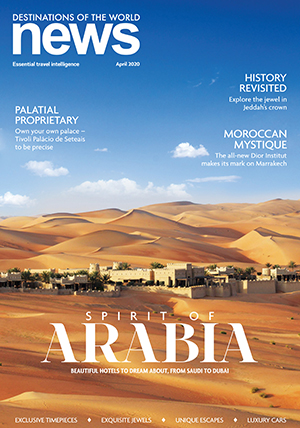