SUITE DREAMS: What lies beneath

Conrad Abu Dhabi Etihad Towers is a property of multifarious appeal. We scratch beneath the surface to reveal luxury abound

A stay at Conrad Abu Dhabi Etihad Towers is one filled with superlatives - it has the ‘tallest’ observation deck in Abu Dhabi; is home to possibly the ‘largest’ suite I’ve ever stayed in; features the ‘most’ marble - 40 different kinds to be precise; arguably the ‘prettiest’ sinks; the ‘best’ vegetarian food… It comes as a welcome surprise, because the property looks, at least from the outside, more corporate than its secret interior reveals. 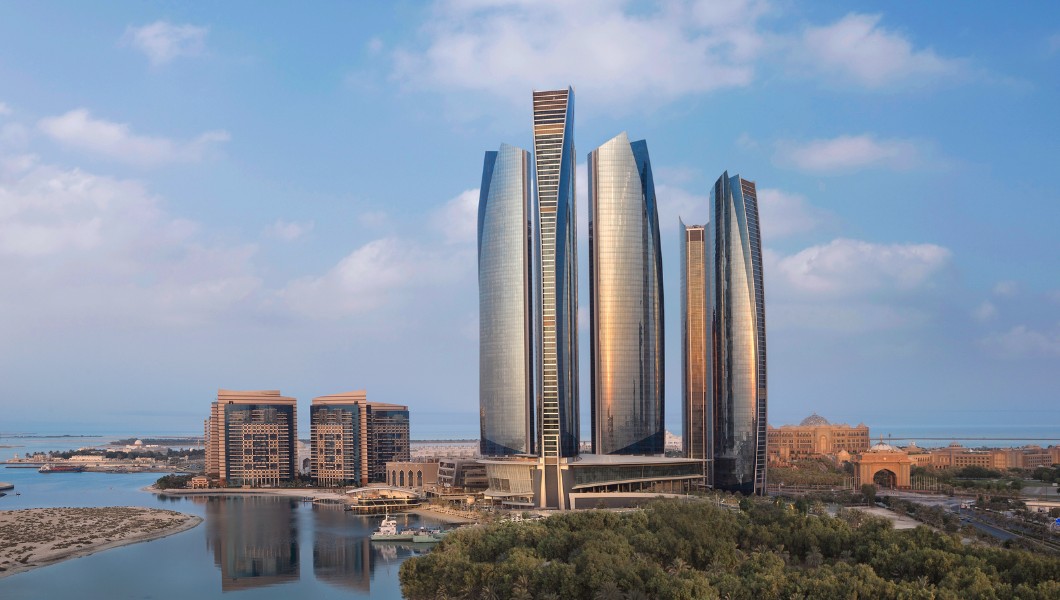 Right at the end of Abu Dhabi’s corniche, pinpointed between Emirates Palace, Qasr Al Watan and Hudayriat Island, the hotel cuts a striking figure as one third of the Etihad Towers trio, with the other two buildings designated to offices and residences. 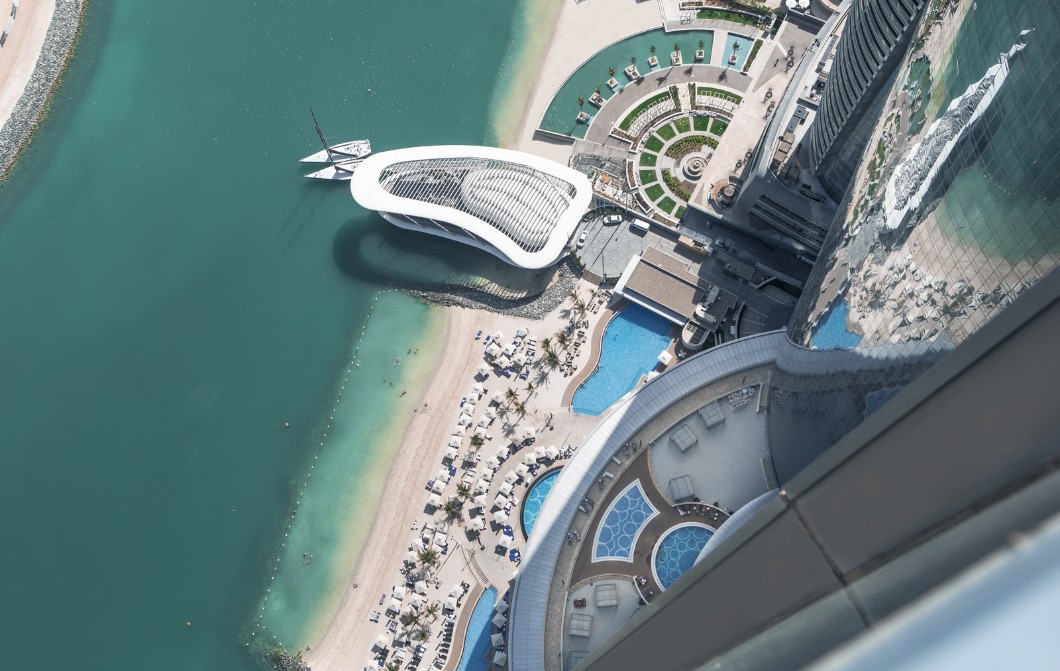 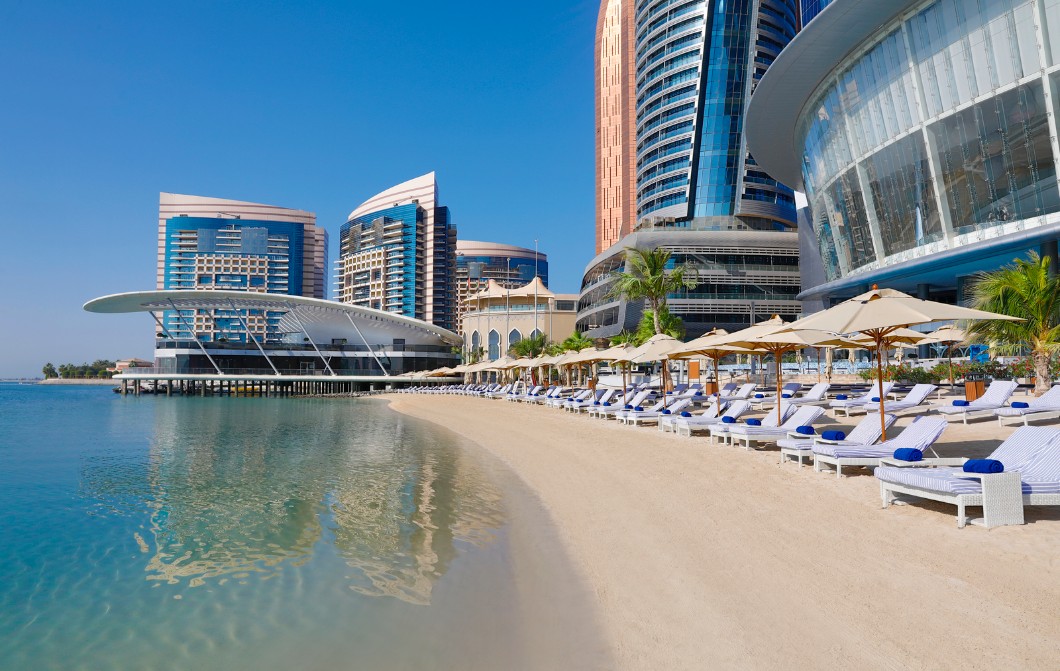 The superlatives come thick and fast once in the lobby, with its triple-height ceilings, endless floor-to-ceiling windows and metre-upon-metre of marble, making an arrival a real showstopper. There are over 370 rooms and suites, the most lavish being the Royal Etihad Suite - so exclusive it’s given its own floor, and so private that said floor is absent from the elevator list. It’s a kinda ‘if you know, you know’ secret. 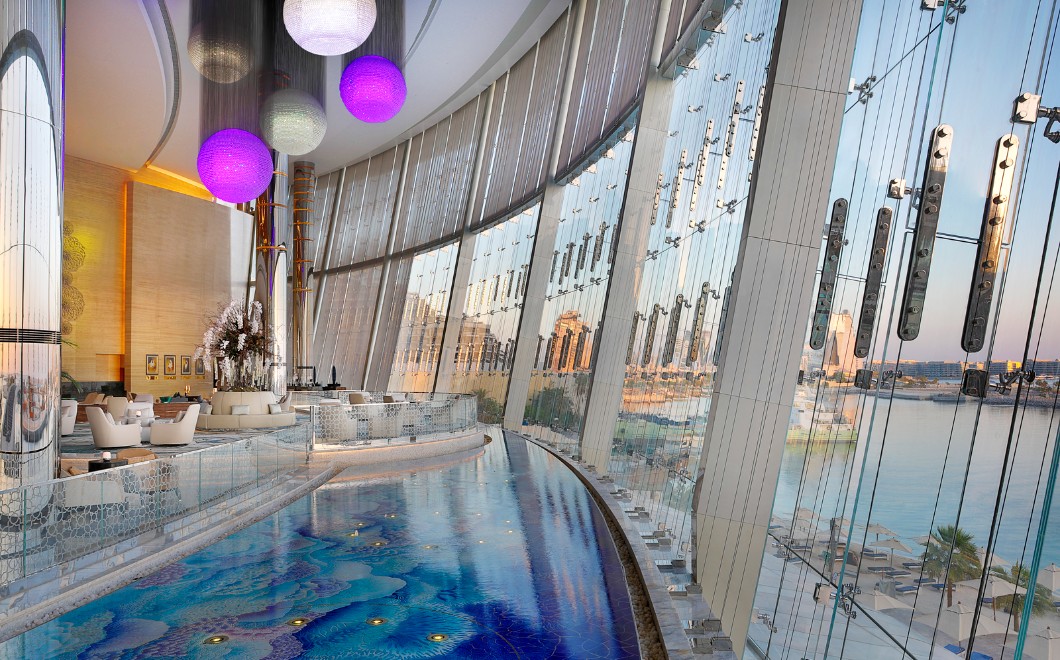 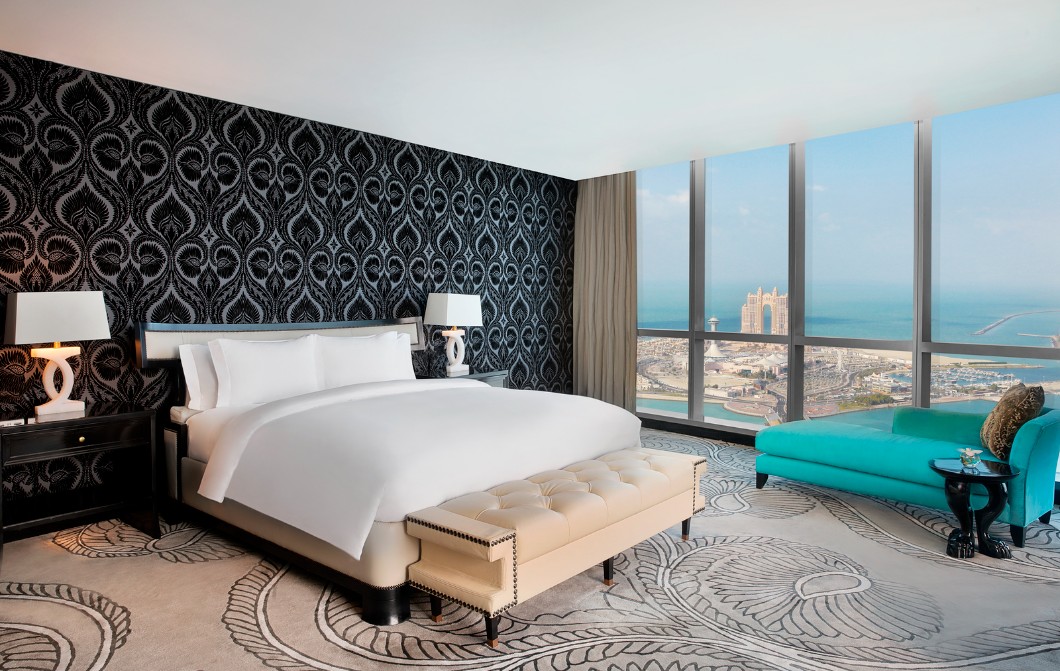 Calmness and light envelop the suite, with the Arabian sun blanketing everything in a warm glow. There’s marble wherever you look, from the entrance hall through to the living room, onto the bathroom and into the bedroom - whichever you choose - from floors to walls, basin stands to bathtubs. This, along with the incredibly beautiful bathroom sinks that are made entirely of shimmering herringbone mother-of-pearl, creates a sort of ethereal vibe. 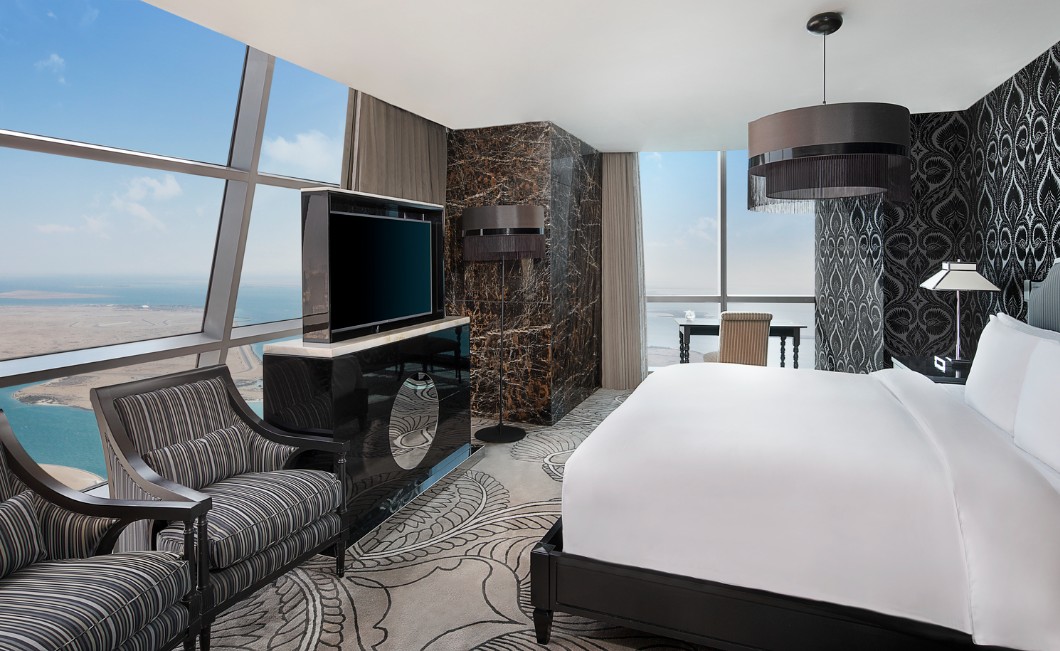 A two-tone colour way of cream and taupe imbues the space, boosted with masterful injections of vibrant green and white in a perspex chandelier; an eyepopping turquoise chaise lounge in the bedroom; twinkling gold leaf mosaic tiles in the bathrooms; and colourful artworks from the likes of Australian artist, Suey McEnnally 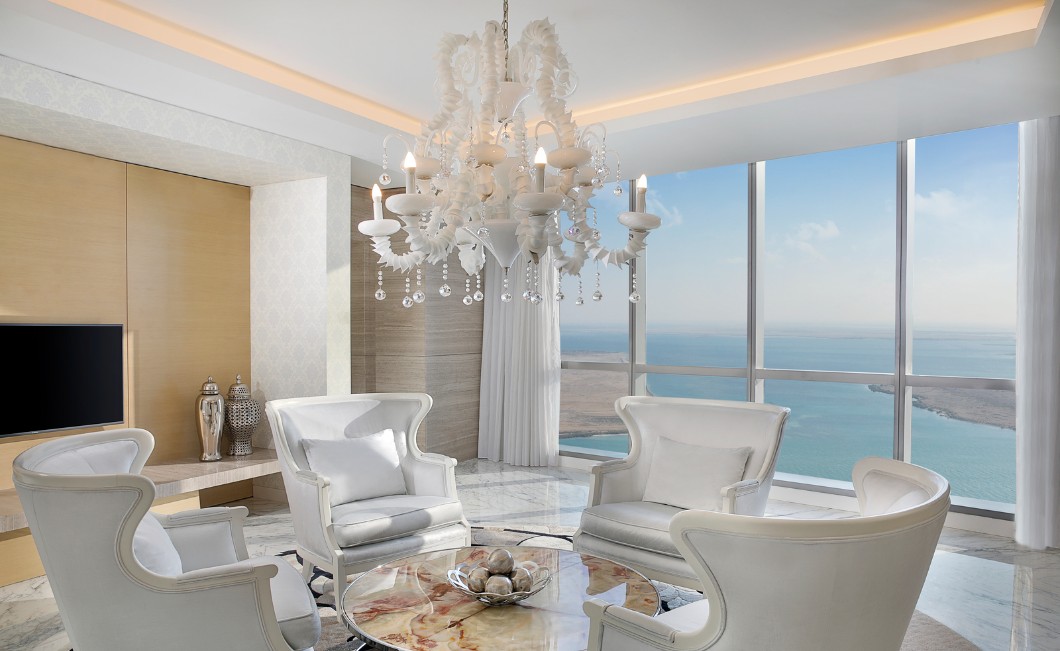 The only room that deviates from the style sheet is the Master Bedroom, where black reigns supreme. It’s a tactile space, with black velvet, swirly whirly wallpaper, black lamps with fringing, black bed frame and TV stand, and a black vanity table in the walk-in wardrobe. Normal service resumes in the Master Bathroom, with the marble, goldleaf tiles and a deep-set whirlpool bath with, arguably, the best view in the city over Emirates Palace and Qasr Al Watan. 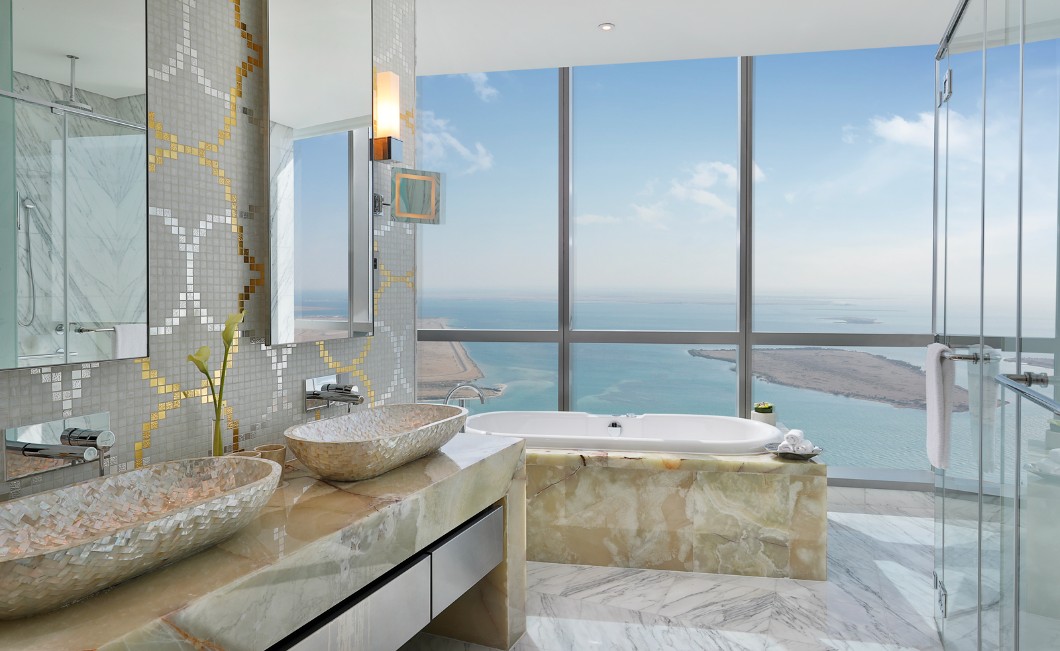 A few things worth noting are the softness of the bathrobes - like wrapping yourself in a cloud; the shower amenities, with bottles shaped like the three Etihad Towers; and the generous size of both shower and loo cubicles. More space for more cat swinging… 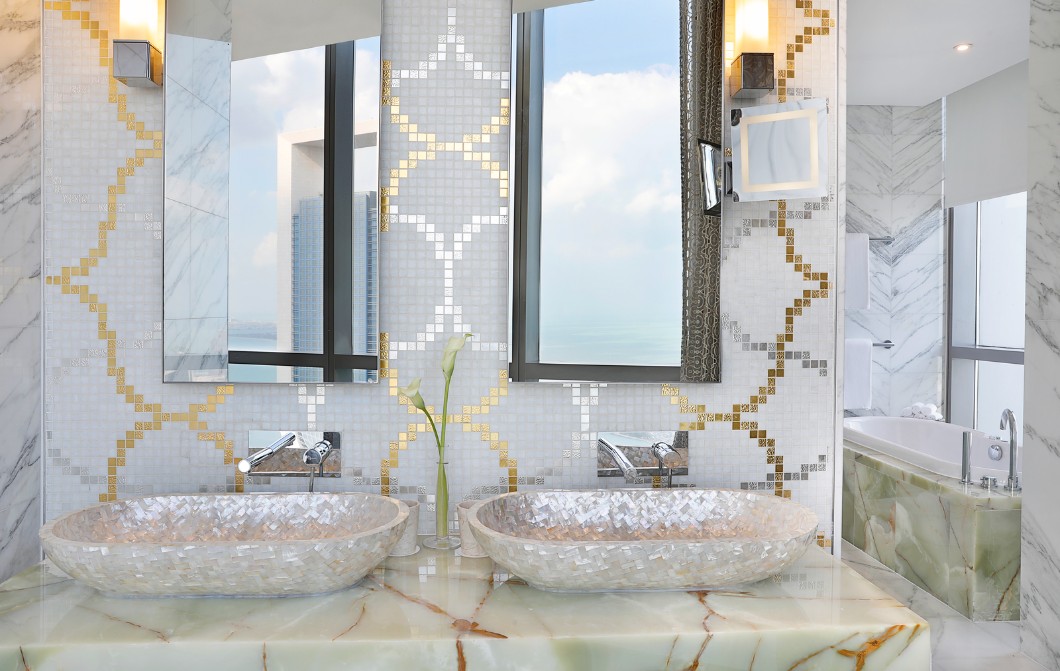 While the suite is bathed in glorious light during the day, it is even more magical come night with the city twinkling beneath, and with the curtains closed allowing the cosiness to creep in. With a 12-seater dining table, a large kitchen, and two lounges, it’s a great space for entertaining by day or after dark. 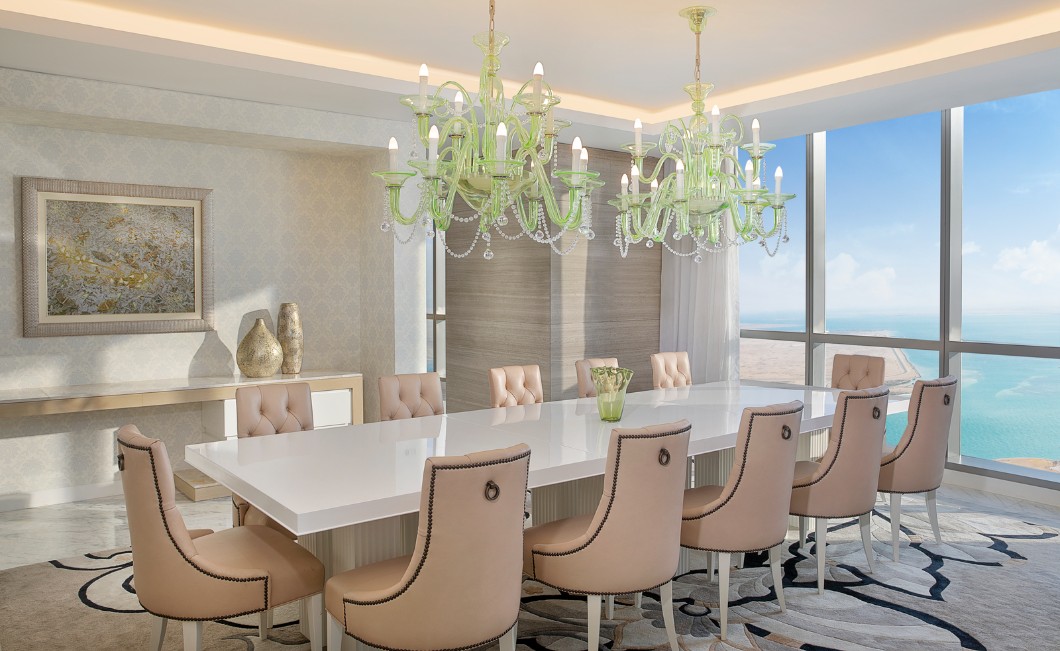 If you manage to peel yourself away from the suite, sunset afternoon tea should be taken up on the 74th floor at the Observation Deck. It’s the tallest vantage point in the capital, with 360-degree wraparound views and telescopes. Themed by flavour - mine was strawberry - the tea is delivered in a cute picnic box with bountiful sandwiches, cakes, pastries and scones. 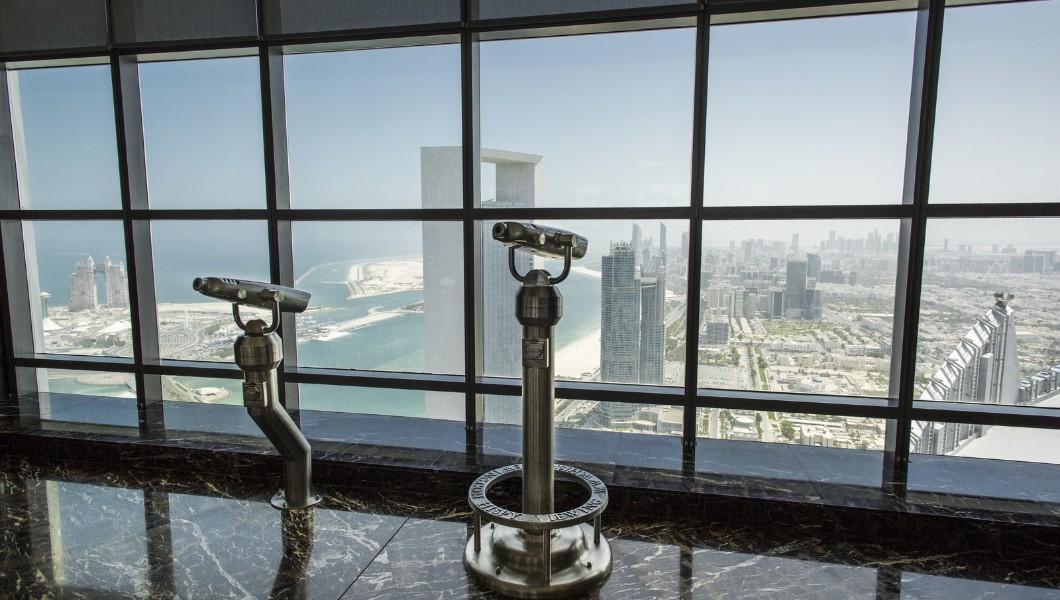 If you haven’t over-indulged, follow your nose to the spa (you can’t miss the advancing scents). It’s an olfactory immersion into well-being, as moss-strewn corridors and living plant walls guide you to a darkened room of manipulative masterliness. My Balinese massage is deft with pressure-filled strokes that leave no knot untouched. 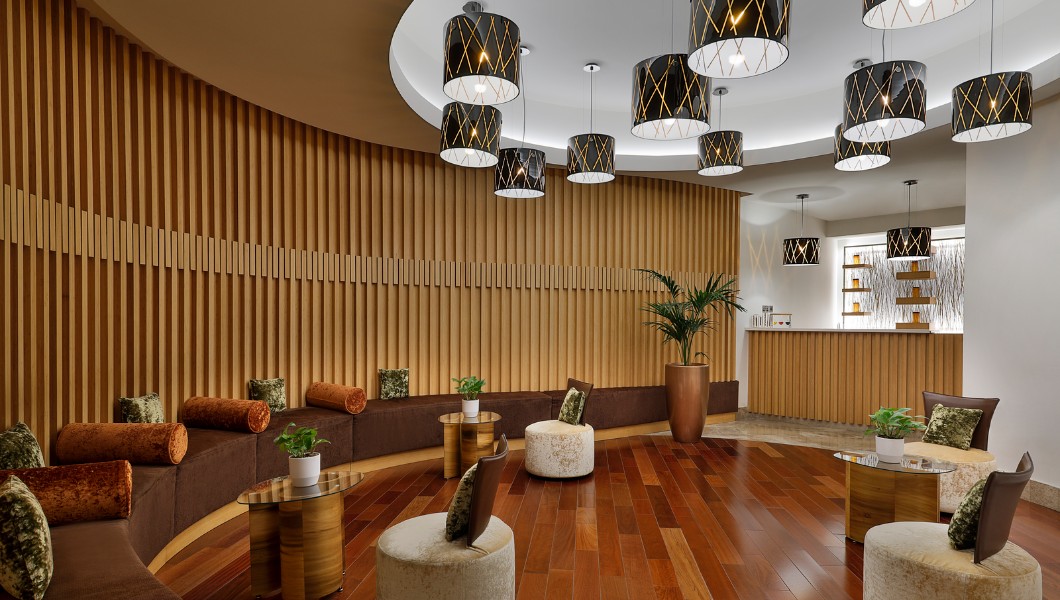 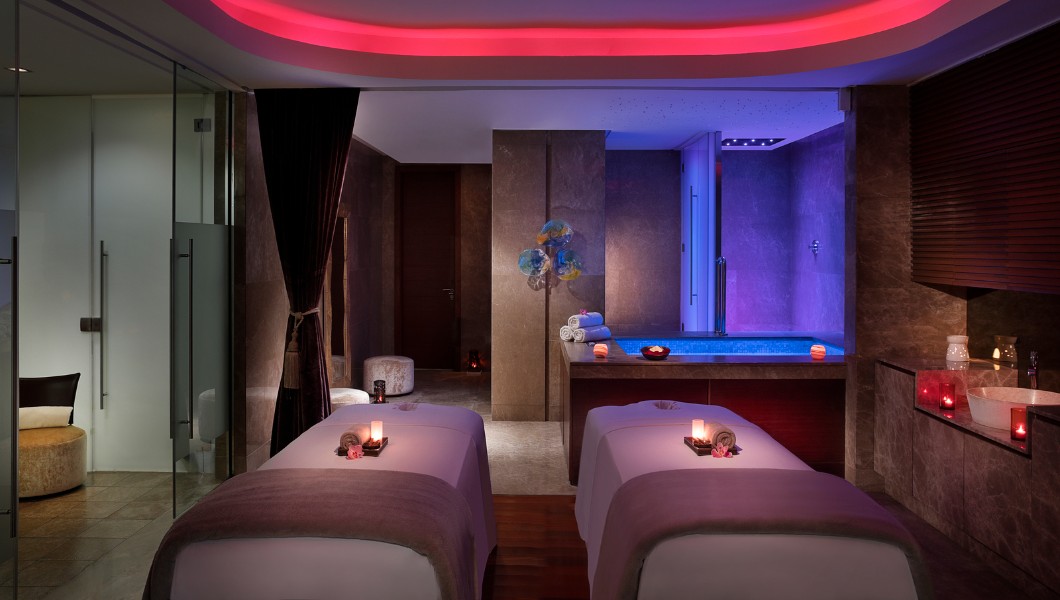 I probably don’t need dinner after the extravagance of afternoon tea, but with 12 restaurants and only one night to make it count, I book in at VaKaVa by Chef Richard Sandoval. If I’m honest, I didn’t do my homework, and when I’m greeted by two raging bull statues and walls plastered with skulls, I realise I’ve made an odd choice as a vegetarian. The Latin-American menu is, as you’d expect, heavy on the meat, importing the best cuts from Brazil and Argentina. The avocados come from Mexico, and the smoked guacamole is, without doubt, the best I’ve ever eaten. Perhaps it’s the Mexican origins, or maybe the smoke that billows off the plate on serving… An ensuing avocado tiradito is so light and zingy, with olive oil caviar, while corn empanadas, with manchego cheese and chimichurri are devilishly good. I meet Eber Villalobos, VaKaVa’s Peruvian Chef de Cuisine and congratulate him on creating some of the most flavourful vegetarian food I’ve ever tried. 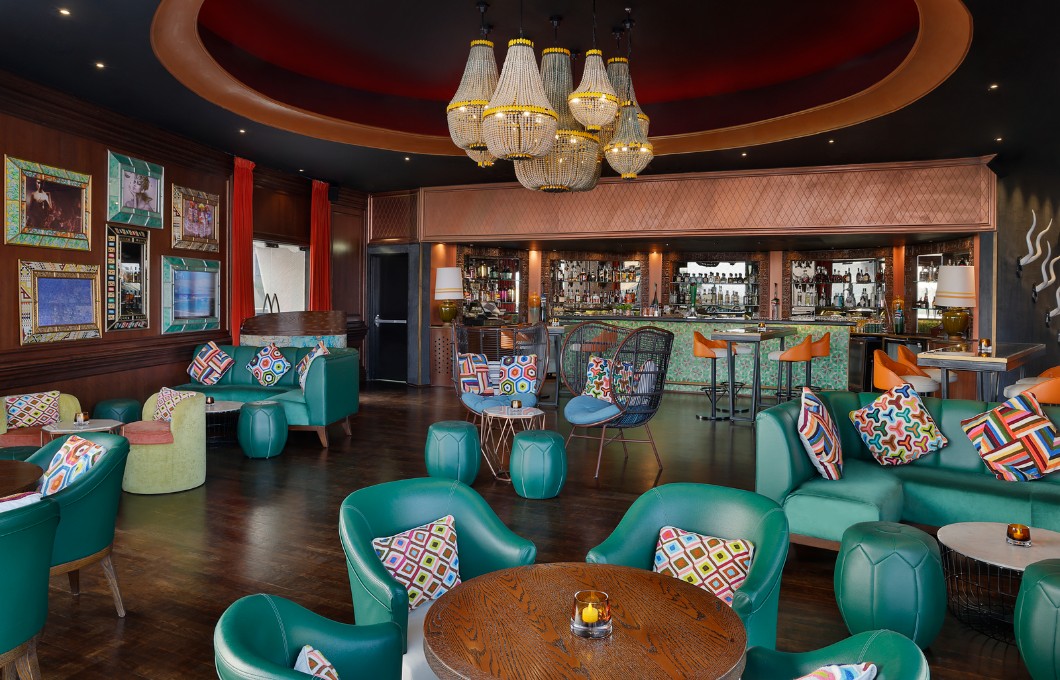 The restaurant itself is all dark and mysterious, oozing sensual Latin American vibes - soft lighting, dark furnishings, fiery flashes of red and low-key Jazz music. After dinner, I poke my head into the lounge upstairs, which is lively with cocktails and chatter. But a glance is enough. After all, there is a marble bath tub with the best views in the city waiting… 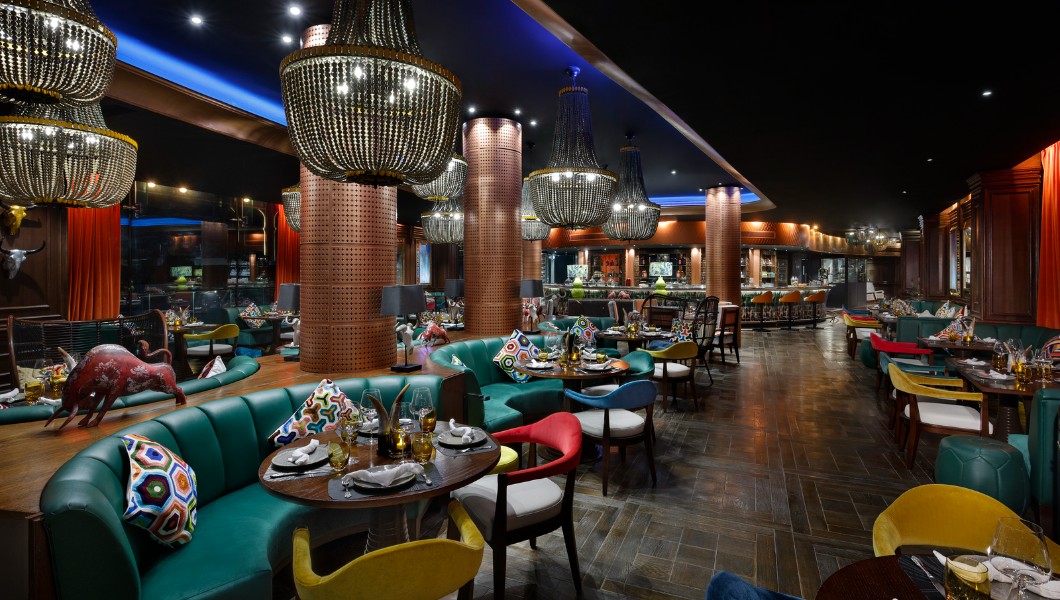 Walking back to the hotel (VaKaVa is outside, by the swimming pool) I look up at the three towers with their relatively nondescript façade and think what a clever hand the hotel has played. Like a game of pass-the-parcel in which you win every round, there are so many layers to Conrad Abu Dhabi Etihad Towers, each one revealing something more interesting than the last, until you peel back the final layer to uncover the main prize - a night in the Royal Etihad Suite. Winner takes all. 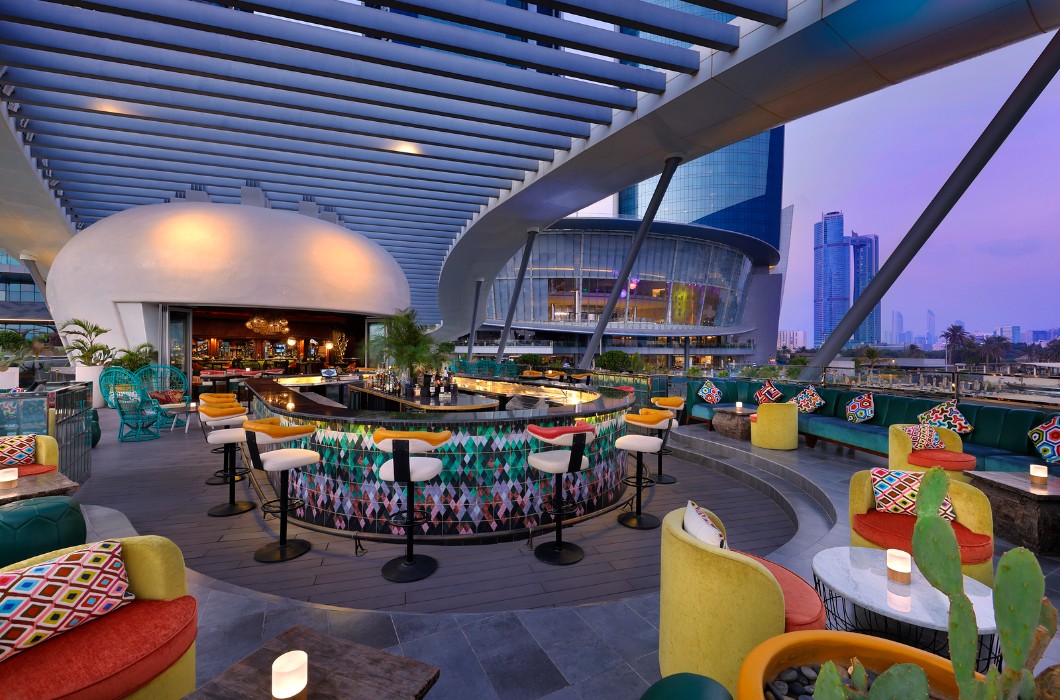