The sketches, envisioned by the Bespoke Collective of the House of Rolls-Royce, offer a rare and intimate insight into the creative journey undertaken by Rolls-Royce designers as they worked to express an extraordinary act of courage within the palette of a Rolls-Royce. 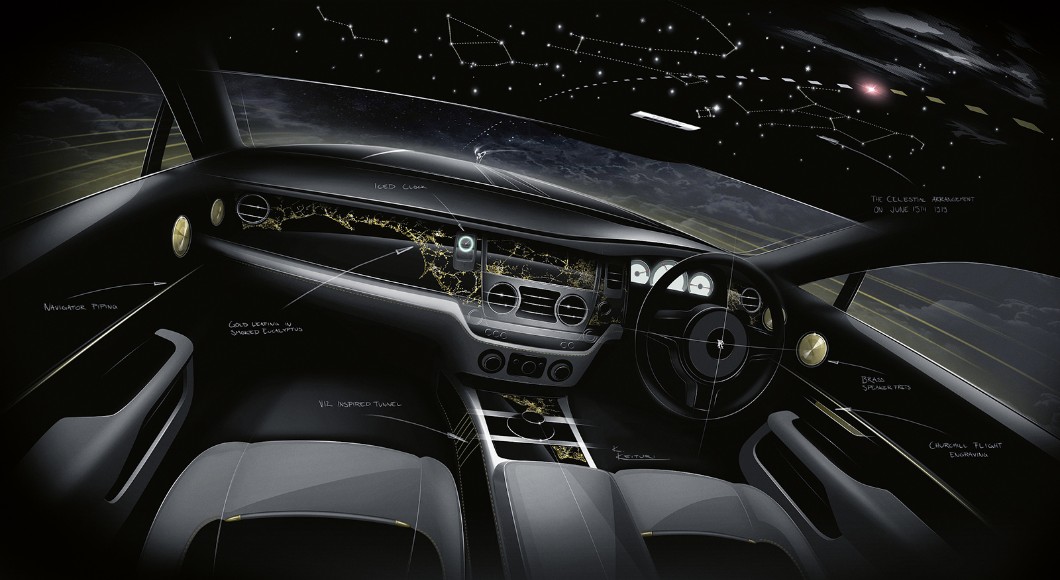 The designs highlight the remarkable attention to detail of Rolls-Royce Bespoke craftsmanship. The starlight headliner sketch shows cloud embroidery, the halfway point coordinates and the flight path of Alcock and Brown. A further detailed sketch shows the night-time view from above, which is expertly incorporated into Wraith’s fascia, in the form of a gold, silver and copper inlay.

The sketch of the Collection Car’s clock depicts an iced background effect reminiscent of the freezing instrument panels of the adventurers, while the clock’s green night time glow is illustrated, which is a direct reference to the only light seen by Alcock and Brown as they crossed the Atlantic. A telling truth of how travel has evolved to today.

“The unique skill of our Bespoke Design Collective sees the story of one of the most pivotal moments of the 20th century, the first non-stop transatlantic flight, told using Wraith, a motor car which speaks of power, drama and adventure. Wraith Eagle VIII is a modern masterpiece – these sketches offer an extraordinary insight into its creation,” said Torsten Müller-Ötvös, Rolls-Royce CEO.